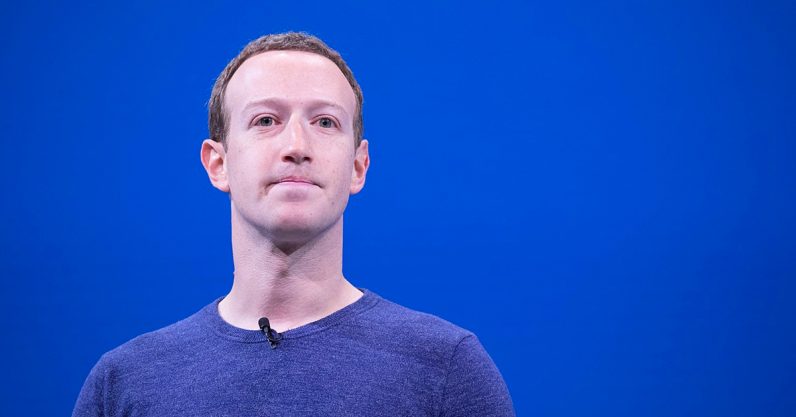 Facebook today made good on its threat to block Australians from accessing or posting news content. The ban includes blocking links to Australian and overseas news publishers.

Facebook said the ban was a direct response to the federal government’s news media code legislation, which is expected to become law soon and would require digital platforms such as Facebook and Google to pay news media companies whose content they host.

The move is either a last-ditch attempt to gain concessions in the legislation or a simple cut-and-run by Facebook.

The social media giant claims news publishers derive more value from news sharing than Facebook does. This is plausible, as news content makes up only 4% of sharing on the platform, whereas many news sites gain a large fraction of their traffic from Facebook referrals.

But this is probably more about flexing some muscle. Facebook may be demonstrating to the Federal government that if it doesn’t like the rules, it can damage national interests.

Australians will feel some short-term negative impacts of Facebook’s flex.

Certain government Facebook pages, such as those belonging to the Bureau of Meterology and some health department sites, have been caught up in the ban. Facebook says this is due to the wording of the legislation, stating:

As the law does not provide clear guidance on the definition of news content, we have taken a broad definition in order to respect the law as drafted.

While Facebook says it will restore non-news pages, the action will put pressure on the government to define more clearly what it means by news content.

In the meantime, the move will affect Australians’ access to vital information related to emergencies and the COVID-19 pandemic. Without a concerted effort to ensure online behavior change from users, this could be dangerous.

We can also expect to see a short-term proliferation of misinformation as Facebook’s news feed will have a vacuum of professionally sourced and fact-checked news.

A significant number of Australians discuss news on Facebook, both via their newsfeed and in groups. Being able to source factual information from news sites is part of the everyday political and social participation that social media platforms facilitate.

The democratic impact of Facebook’s ban will be felt – and is counter to Facebook’s stated principle of connecting people and its recent pledge to tackle misinformation.

The impact of this action against the legislation on Facebook itself is yet to be seen.

The reputational damage from blocking important sites that serve Australia’s public interest overnight – and yet taking years to get on top of user privacy breaches and misinformation – undermines the legitimacy of the platform and its claimed civic intentions.

Facebook’s actions may send a message to the government, but they will also send one to their Australian users.

Readers are likely to find other ways to get their news. If we learn from the experience of Google’s news ban in Spain, we can see that after an initial dip in traffic, most major news organizations in Spain regained much of their web traffic after about a year.

Tools such as Facebook are only useful if people want to use them. And for some existing users, the lack of news might be a dealbreaker.

Facebook already faces a long-term problem of an aging user demographic, as under-25s turn to Instagram, Snapchat, and TikTok for news and information.

Young people may have Facebook profiles, but they are less likely to be active users.

News organizations are already following their lead. For example, The Conversation Australia has 325,735 Facebook followers and will probably feel the impact of the loss of engagement there.

But it also has more than 21,000 Instagram followers and counting. It is increasingly making visual news “tiles” to cater to the younger demographic of users who source news from other platforms. It has also been working to reach readers directly via regular email newsletters, which one in five US readers now say is their primary way of accessing news.

News organizations have already learned how to pivot fast. When Facebook changed its algorithms in 2018 to deprioritize news publishers, many took action to reduce their reliance on Facebook’s traffic, analytics, or digital advertising dollars.

Larger news organizations will be OK in the long run. But Australia’s smaller outlets, including local publishers and non-profits that produce public-interest journalism, will need protection.

The long-term task for news organizations and journalists is to convince the public – especially young people – that it’s worthwhile to actively seek out professional news and journalism as part of their daily online lives, rather than simply reading whatever comes across their feed.

As for Facebook, going back to its original purpose of facilitating personal connection and social networking, rather than posing as a forum for public information, may not be a bad thing. But the reputational damage and publisher exodus will eventually damage its core business: digital advertising revenue.

This article by Diana Bossio, Lecturer, Media and Communications, Swinburne University of Technology is republished from The Conversation under a Creative Commons license. Read the original article.

Read next: Work towards getting certified as a true Microsoft Azure expert with this training package