This article was published on November 27, 2020

The rise of smart home gadgets has sometimes forgotten a very important family member, one with tendencies that differ significantly from the humans of the house: our pets.

And it’s not always been plain sailing. While our fuzzy friends may seem cute and cuddly on the surface, in the ongoing battle between nature and technology, we all know who really rules the household.

Many gadgets have tried to come out on top — and many have failed. From cats who don’t give a damn about your deadline:

To pugs who are seriously unamused by the new sound box you’ve brought into their domain.

We put this to Andy Knight, Head of Global Brand at Roborock. He explained that when building the updated version of their robot vacuum — Roborock S6 MaxV — they faced this problem. As people with big home cleaning needs, pet owners were a huge potential market for them.

While taking care of the continuous and never ending amounts of fluff would solve a big problem for this demographic, the Roborock team soon realized that deeper research into pet owners’ biggest challenges would be needed to truly win them over in the increasingly competitive robovac market.

And just what are those pains? We spoke to pet owners to find out.

If you own a pet, having to vacuum two or even three times a week becomes normal practice. But, if you have a particularly fuzzy friend, you may need to do this even more often.

Patty — the owner of high energy German Shepherd, Arianka — told us that her house is continuously fur-coated, even when she’s vacuuming regularly.

Dropping clean laundry on the floor, even for a second, means you’ll get back a bunch of items that look like mohair sweaters. Doing yoga isn’t an option anymore as even laying on a mat will leave you swiftly covered in dog hairs.

But trusting a robovac to get the job done isn’t always an option either. As Knight explained, “A lot of early robots used to get tangled up with pet hair and stop moving.”

Solution: Use your team as test subjects

Luckily, Knight’s team at Roborock is full of pet owners who not only understand the pains users face, but actually live with similar issues too.

“I’m a pet owner myself (the proud owner of cats), and a lot of our R&D team are too, including different breeds of cats, dogs, and other types of animals.”

This gave them the perfect user testing opportunity. After using the Roborock in their own homes, “our engineers figured out a way to build tangle free rollers that push hair to the side, ensuring it doesn’t get jammed up and making it easier to remove after cleaning.”

And it’s not just fluff.

The team realized they needed to make the suction strong enough to pick up different types of pet hair and also other things pets might leave behind like kibble, litter, and dirt they’ve tracked in from outside. As a result, the updated version of Roborock’s product has 25% more suction power.

They also built an option for users to target specific rooms which may need more regular cleaning than others. While your pet may spend little time in your dining room, living rooms, and doorways may need an extra cleaning every few days.

So you’ve built a product that can meet the defurring needs of many pet owners — but hair isn’t the only thing animals leave behind.

Let’s talk about the ‘pooptastrophe.’

In 2016, one unlucky pet owner witnessed an incident involving a Roomba and a ‘gift’ left behind by his new puppy. We don’t need to tell you it wasn’t a pretty sight.

In the morning, he awoke to horror: a poop-smeared living area enabled by a robovac. As you can imagine, the ‘incident’ went viral and turned a lot of pet owners off the idea of robovacs for some time.

Solution: Build for the unexpected

“We try to make life easy for our users so they can do more of the things they want to do. But it soon became quite obvious that pet owners were more reluctant to use robots that are doing things around the house when they’re not there because pets do things that are unexpected,” Knight explained.

According to Knight, “Many, many, many hours were spent in training robots for obstacle recognition. I pity the engineer that had to find 10,000 pictures of animal waste to train the robot, but it works.”

And the AI isn’t only able to identify pet waste, with its deep learning architecture it can identify common objects like footwear, power strips, and pedestals. This continuous learning feature helps to prepare the robovac for different challenges pets may put them up against.

“Before the camera version I would only use the vacuum when I was at home. But now I feel comfortable letting it run when I’m not there,” Knight said.

Another cool pet-friendly gadget that uses cameras to help owners prepare for the unexpected are smart animal doors.

While you may want to give your dog or cat the freedom to roam the garden when they please, the potential for robbers and even other creatures to use traditional door flaps has made a lot of pet owners think twice.

But now a range of smart pet flaps (like the Petsafe and Plexidor) have burst onto the scene enabling pets to come and go as they please — all while keeping anyone and anything else out.

There’s even more that smart home gadgets with cameras can do for pet owners though.

Take Cocoa, a Bichon Yorkie from NYC with a penchant for stealing socks. When her owners decided to put in new floors they found a treasure trove of missing socks. Her owner Andrea told us they “had to clean out her ‘lairs’ (apparently she had one under the bed and one under the ottoman) — and we found quite a stash!”

Solution: Be your users’ eyes and ears

Dogs have a natural instinct to bury things, whether it’s your undergarments or a treat they want to keep safe for later. Of course, for pet owners, this habit is counterproductive to their need for keeping the house clean and socks in their drawers.

The pet-friendly camera on the new Roborock is able to identify different obstacles in its path and give users a map of what it’s discovered during its cleaning route, helping you find long lost objects like socks that ‘mysteriously’ go missing.

Another gadget that keeps this principle in mind is this microchip pet feeder. While automatic pet feeders have been a popular new fixture for pet parents with busy schedules, there’s one very important thing they often forget.

While some pets may be dainty eaters, others are Garfield incarnate. These pets will stop at nothing to chow down on their food and that of your other pets.

Like with electronic pet doors, microchip activated pet feeders keep food bowls closed and only open when the corresponding pet goes up for a snack. This means you can rest assured that BOTH your pets are being well fed while you’re away.

So if you’re building a pet-friendly gadget, it’s good to invest in the camera.

Loa, the pitbull who’s scared of her own shadow

It’s important to remember that animals don’t experience the world like humans. Take the example of Loa, a loveable Pitbull/American Staffordshire mix.

Her owner, Greta, told us “it’s funny because sometimes people are a bit scared of Loa when we’re in the park, but she actually loves people and wants to be petted all the time.”

And, it turns out, she’s also a giant baby.

Loud noises, other dogs, water, and even her own reflection intimidate her. And vacuuming… forget it. “She’s terrified when I vacuum and barks the whole time.”

Living in an apartment is not ideal and the pair tend to get a lot of angry looks from the neighbors after a cleaning session.

On top of that, “she also has some attachment issues and does NOT like to be left alone in the apartment,” Greta said. Sometimes, in protest, she’ll leave a gift for her owner to find later somewhere in the house…

Solution: Empathize with your pets

It’s important to remember that pets see things in a very different way than we do. Wired to protect and defend their home from intruders, they’ll react in different ways to encroachments into their habitat. If they register something as a threat they’ll bark, become nervous, and stressed.

That’s why, when building a pet friendly gadget, noise has to be a key concern.

“We have a pet feeder at home that my cats are scared of because it’s too noisy, which is the opposite of what you want. Pet products should be fairly quiet and adaptable because pets are unpredictable,” Knight explained.

The new Roborock was built with a stronger motor and noise absorbent materials making it one of the quietest robovaccums on the market, registering at 58 decibels. This updated camera based version also allows you to check in on your pets to see how they’re doing and send them voice messages to soothe them.

Keep in mind, this feature may help to calm some animals, while confusing others. It’s really down to your specific pet and their needs.

Ultimately, the most important thing to remember when building a pet-friendly gadget is finding the perfect balance between disrupting the way people do things, while causing as little as possible for their pets. 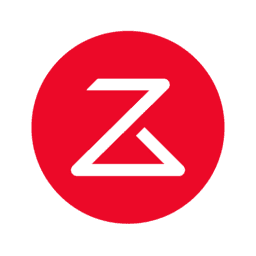