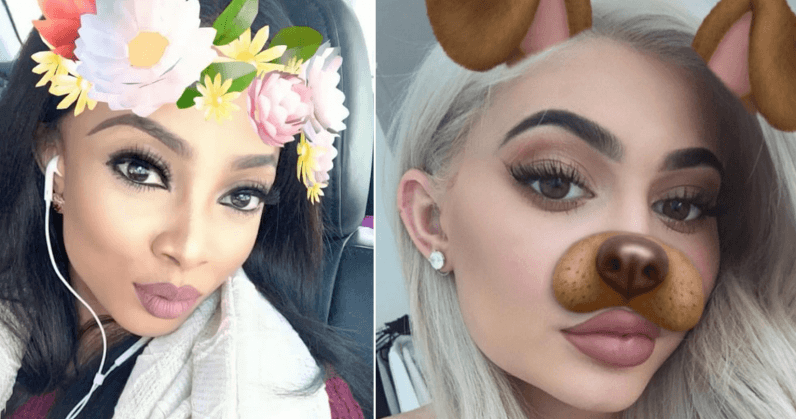 Cosmetic surgeons have always fielded seemingly odd requests to recreate body parts from celebrities: Angelina Jolie’s lips,David Beckham’s calve, or perhaps Salma Hayek’s breasts. Teens today, however, are a different breed. Whereas a decade or two ago, looking like their favorite celebrity — or at least the version that’s airbrushed to within an inch of reality — might have been the request du jour, today teens want to look like their favorite Snapchat filters.

Teens, she says in a recently published paper in the Journal of the American Medical Association’s Facial Plastic Surgery, are increasingly altering people‘s perception of beauty worldwide. “A little adjusting on Facetune can smoothen out skin, and make teeth look whiter and eyes and lips bigger. These filters have become the norm.”

And it’s beginning to lead to real issues. Body dysmorphia, for example, is a condition that involves “excessive preoccupation with a perceived flaw in appearance, classified on the obsessive-compulsive spectrum.” Snapchat dysphoria is an offshoot of the same condition. Teens, who once focused on things like the size of their nose, for example, are now hypercritical of completely normal lines, blemishes, and imperfections masked by Snapchat filters.

While surgeons are hesitant to complete these types of procedures on still-developing children, the American Medical Academy of Facial and Reconstructive Plastic Surgery says 55 percent of clinicians saw patients who “wanted to look better in their selfies” in 2017. This signifies a 13 percent increase from the previous year.

Vashi told Inverse that rhinoplasty — a common nose job where surgeons shave the bump and bridge of some noses — used to be fairly common. Now, people are inquiring about what it would take to look more like they’d see themselves when applying the butterfly or flower crown filter.

“People have asked me to reshape their nose, or give them fuller lips. But it’s usually asymmetry they want corrected,” she said.

And this symmetry, apparently, has some willing to undergo expensive procedures in an attempt to look more like an idealized version of themselves.