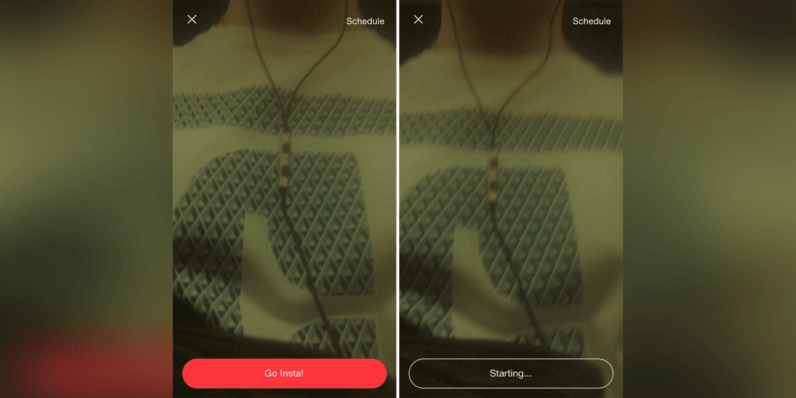 Facebook is all-in on live video. It should come as no surprise that it’s bring its gung-ho approach to one of its most value acquisitions.

According to a report from Russian news site T Journal, Instagram is testing live video in its ‘Stories’ feature. The Snapchat-esque service allows users to post images and video as part of a story, which then disappears after 24 hours. Users taking advantage of the live video streaming appear at the top of the page with a ‘LIVE’ banner signifying they’re broadcasting.

To go live, users simply click a large red button titled ‘Go Insta!’ that (presumably) starts the broadcast. Details are lacking at the moment, but these live videos are probably archived on Instagram, or at least in Stories for the same 24 hour period. Again, we can’t be sure.

Live video on Instagram seems to be limited to Russian users at the moment, but it wouldn’t be at all surprising to see it in the US shortly after. Instagram declined to comment on when we might be able to ‘Go Insta!’ here in the US.

Read next: This week’s 4 best offers from TNW Deals