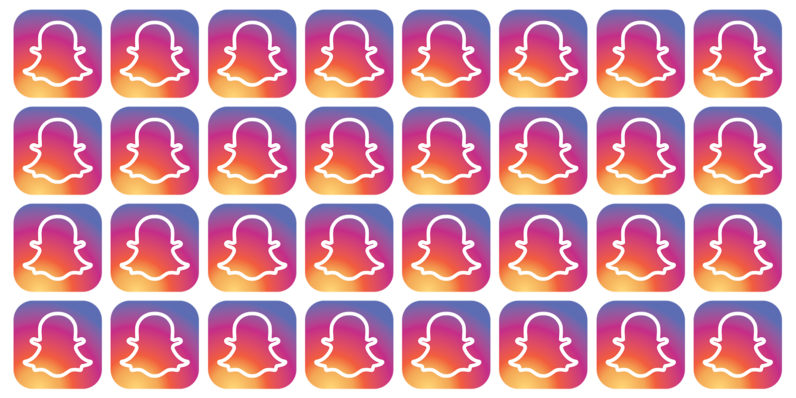 With last week’s launch of Instagram Stories, there’s no question who Facebook’s trying to put out of business.

It’s not the first time they’re taking aim at Snapchat, but it’s definitely the one that will have the heaviest impact.

There are a few key reasons why Instagram Stories is Facebook’s biggest chance of winning the battle for ephemeral messaging – and they primarily have to do with features Snapchat is currently missing.

One of our editors already picked up on one of the biggest problems with Snapchat: it lacks any kind of user discovery. Right now, the only way to add people is to do it directly through their username or Snapcode.

It’s reminiscent of Spotify before they added their ‘browse’ feature. You were presented with a jukebox, and you already needed to know what music you wanted to play — there were no recommendations yet.

Instagram already has a powerful user discovery in place. Partly thanks to the Facebook data they have access to, it’s able to show you other people to follow. Try it yourself by pressing the small arrow next to the ‘follow’ button on a profile — it’s scarily accurate.

There’s a very big chance Snapchat will reveal their own discovery soon, but it may already be too late.

For a lot of people, Instagram Stories are watched much more than their Snap Stories ever were.

This doesn’t ring true for everyone, but a lot of users will find that they already amassed a bigger following on Instagram. Most users will only post to one platform, and it makes sense to go for the one where their content is seen the most.

However, there is one demographic that Snapchat has the lead in — kids. And with their Facebook and Instagram usage steadily declining, Snapchat already has the loyal customers they need.

It’s quite simple — the quality of Stories on Instagram is higher than Snapchat. It’s just nicer to watch images and videos that look better.

A feature that I’ve come to like a lot is that it’s possible to take a picture with the built-in camera app, and later decide to share it. This way I always have a high quality version of the image in my camera roll, instead of settling for the low resolution of my Snapchat.

Much has been said about Snapchat’s interface. Thanks to a recent redesign it now looks a lot better, but it’s still hard to learn and rough around the edges.

Instagram’s offering, however, is very well executed. Animations are smooth, the interface makes more sense and it’s all-around easier to use. Because people won’t have to get around learning to use a complicated interface, adoption of the product will probably be quicker.

Snapchat has had a lot of problems trying to monetize their product. In the past they offered paid filters and replays of snaps, but after a while these were cut from the app.

On the other hand, Instagram is already supported by ads delivered through Facebook’s ad network. When the ads were introduced people naturally didn’t like it, but more than a year later they’re now seen as normal within the app experience.

Snapchat will introduce ads in between Stories soon, but it’ll take a while for the community to come to accept them.

This doesn’t mean it’s over for Snapchat – it has $2.6 billion dollar in funding, currently the only one with interactive filters and is way more popular with kids than Instagram.

But Facebook is rich too. Besides that, its recent acquisition of MSQRD means the addition of filters is imminent and with Instagram Stories it now has a new way of luring young people into their network.

It’s going to be an interesting few months.

Read next: Land a coveted tech job with the Entry-Level Python and JavaScript Programming Bundle (97% off)