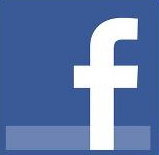 While the US government getting involved in Internet affairs is nothing new, it has only been three months since SOPA (Stop Online Piracy Act) kicked up dust and called attention to some potential threats to our civil liberties.

CISPA, which has been called “the new SOPA” by Demand Progress, is now just starting to rear its ugly head and Facebook has opened up about it:

The company states that “Cyber Intelligence Sharing and Protection Act (HR 3523), would make it easier for Facebook and other companies to receive critical threat data from the U.S. government. Importantly, HR 3523 would impose no new obligations on [Facebook] to share data with anyone.”

The problem here is that the new legislation would allow Facebook to share sensitive personal information with the government in the name of protecting cybersecurity. In retort, Facebook stated that it has “no intention of doing this and it is unrelated to the things [Facebook] liked about HR 3523 in the first place.”

In other words, Facebook is basically saying “trust us.” The problem is, online privacy is truly being put at risk with this bill and Facebook is notoriously open about sharing, so it’s not surprising that the company is behind it. Facebook does say, however, that it has been “engaging directly with key lawmakers” about “potential changes to the bill.”

The overriding goal of any cybersecurity bill should be to protect the security of networks and private data, and we take any concerns about how legislation might negatively impact Internet users’ privacy seriously. As a result, we’ve been engaging directly with key lawmakers as well as industry and consumer groups about potential changes to the bill to help address privacy concerns.

Along with Demand Progress, The Center for Democracy and Technology also has some serious concerns with CISPA. You can read Facebook’s complete message here. For more, check out TNW’s post on what you need to know about CISPA.