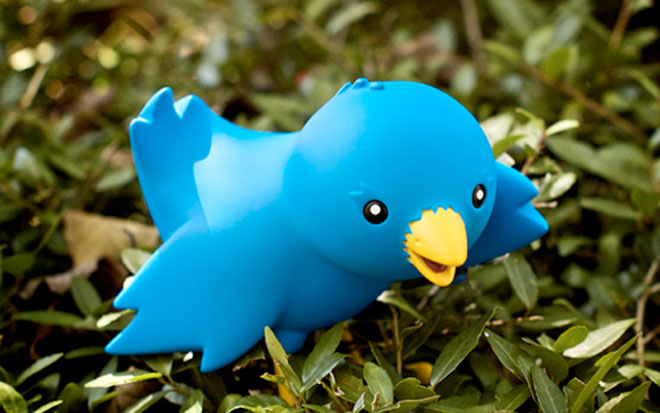 The future looks bright for Twitter. After attending an informal press meeting with Twitter CEO, Dick Costolo, its current statistics and revealed strategies seem to focus primarily on revenue and monetization rather than the addition of new features to the platform (if it’s not broken, why fix it, right?). The move appears to be taking Twitter along the correct path, as things only seem to be looking up for the private SF headquartered company.

One of the ways Twitter measures its growth is in tweets sent per day. One year ago, users were sending 50 million tweets per day. In February of this year, this jumped to 140 million tweets sent. Then on March 11, 170 million tweets were sent in a single day — a milestone set for Twitter. The findings are staggering. But the question remains: Will Twitter continue to grow?

As mentioned previously, Twitter measures its growth in several different ways. Site traffic doesn’t tell the whole story because people experience Twitter in so many places outside of twitter.com (such as through applications, third party clients, or even as tweets fed through API to other social networks like Facebook).

Statistics as of September 8, 2011 are as follows.

In comparison to earlier this year, tweets per day are up 110%, while monthly active users has increased by 82% since January 1st. How is this happening? What is triggering these significant increases? Other spikes in growth include the number of people logging into Twitter every day which has jumped by 105%, while monthly unique visitors has also jumped by 70% since the beginning of the year.

The general consensus appears to be that tweets generally spike during significant cultural events such as the March 11 earthquake and tsunami in Japan where over 37 million more tweets were sent out than average. During the Twitter press event last week, Costolo also cited more examples such as Hurricane Irene, Manchester United beating Arsenal in the Premiership, and even onto Beyonce’s announced pregnancy at the MTV Music Awards. On that note, celebrity endorsement has definitely helped Twitter ramp up considerably with figures like Justin Bieber, Stephen Fry, Ashton Kutcher and Lady Gaga attracting swarms of fans to the service. While this might give the impression that Twitter is swarming with teeny boppers and idol-obsessed youths, surprising demographics from December 2010 reported by marketing group Digital Surgeons show that most Twitter users are those employed and working, and in age groups 26-34.

Douglas Rushkoff, author and media theorist, believes that Twitter is growing because it offers something new that other platforms don’t have.

“Twitter is the first people’s broadcast medium. You can do it now, it can go everywhere, and you don’t have to sit with it. The best thing about Twitter is that it is not sticky the way things like Facebook are. I can throw out tweets without having to field a zillion emails or nurse some profile or deal with anything else. I can fling and not receive.”

Then there’s advertising — in the last year alone, 20% of tweets contained references to some kind of company or brand. Twitter is already selling sponsored slots for advertisers to promote their tweets, and these slots fill up fast. The firm, which only made $45 million last year, has an estimated value of $10 billion. With different types of organic advertising being introduced soon, it’s not difficult to see why it’s likely to continue to increase in value.

When we take a look back, we see signs that Twitter was not always quite as successful. ReadWriteWeb reports that In March of 2009, Twitter was seeing peak growth rates at 13%, only to fall later in October down to 3.5%. Users on the platform were seeing better engagement, but for some reason, new users weren’t being attracted to the service.

The San Francisco Chronicle reported that in July of 2010, Twitter had reached its peak growth rate for US users, citing that since then, user growth had either plateaued or dropped. Outside of the US, Twitter continued to grow and spread like a weed, but those keeping an eye on the social channel’s issues argued that Twitter needed to find a way to re-accelerate its domestic growth, or face severely limited potential revenue.

Fortunately, Dick Costolo’s promotion to CEO at Twitter seems to be pointing the brand in the right direction in terms of monetization.

Unlike Facebook or Google, Twitter isn’t known for being an excessively wealthy company. Most, in fact, assume that Twitter is in the red. Perhaps to avoid having to leak information about its financial situation, Twitter ran through an enormous $800 million round of funding, walking away with $400M in the bank while the other $400M was used to cash out existing shareholders. Once a company has 500 shareholders or more, it must report its financials publicly (something Twitter might want to avoid if it is, indeed, in the red). Besides the $400M in the bank, Twitter makes a good portion of its money through advertising. We already know Twitter will be launching its dedicated promoted tweets and trends in the UK within a month or so, and after the Twitter meeting on September 8, we’ve confirmed that promoted tweets seem to be the central hub for how Twitter plans to grow its revenue.

Costolo himself noted that Twitter will be focusing on scaling advertising, marking it as the only thing needed to ramp up business – after all Twitter’s super-engaged audience is reported to impact brands 3x more than any other social network.

One of the ways Twitter hopes to leverage its ability to effectively advertise for brands is by integrating its promoted tweets across all available third party clients and platforms. Promoted tweets, known to be unobtrusive advertisements, are surprisingly potent when it comes to user engagement, as well as relatively cheap to purchase in comparison to advertisements placed on other social networks. This is because Twitter doesn’t currently charge advertisers based on impressions, it charges on actions — click-throughs and real engagement with the promoted tweet.

By pushing these incredibly effective promoted tweets across several clients and existing platforms, these cheap advertisements will now be seen by more eyes, extending their previous reach. According to Costolo, “Promoted tweets will go anywhere tweets can go.” When considering that Twitter will now be a native application on the iPhone 5, it’s not difficult to imagine how powerful Twitter’s potential influence will really be in the coming months.

Despite the departure of two of its co-founders earlier this year, things appear to be on the up and the company remains ambitious. Costolo stressed that Twitter’s goal is to absolutely be on at least 2 billion devices, and he isn’t alone in his quest to monetize the unique platform. Twitter founder and now VP of Product, Jack Dorsey, is still throwing in his two cents as the company continues to grow.

“One of the things I’ve always admired about Jack is, he speaks with the fluency of the inventor of the product. It’s great to have a person like that in the room when you’ve got some tension between designers and engineers, product management, etc. It’s good to have someone like that quickly settle debates.”

Regardless of warning signs, Twitter is proving itself to be a viable platform. With revenue raised, Dorsey’s continued involvement, iPhone 5 integration in the future, and promoted tweets with advertising taking a central focus in the way it plans to move forward, Twitter appears to have a clear vision for where it wants to go. Toss in the fact that it has no plans to go public anytime soon and it becomes clear that Twitter is very focused on its own agenda, remaining independent, generating revenue and doing things on its own terms.