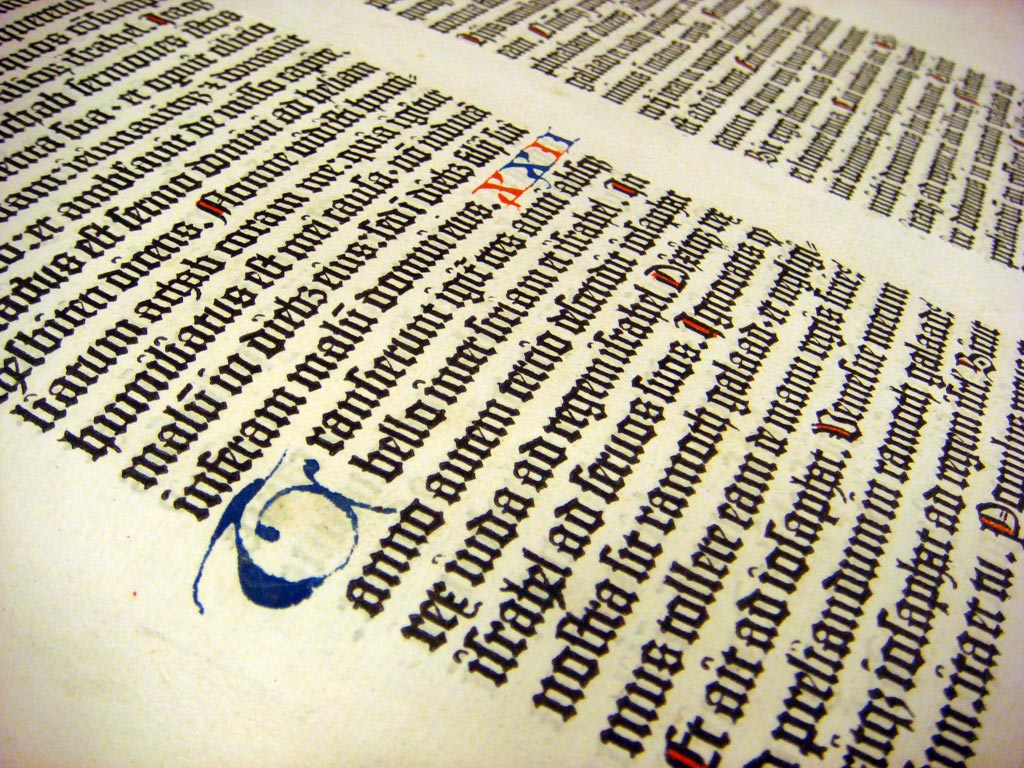 In 1997, Time-Life Magazine voted the printing press the most important invention of the last thousand years. That’s quite the accolade in a millennium that saw humans fly from London to New York in under four hours and astronauts play golf on the moon.

But the printing press enabled mass communication; it made books affordable and brought literacy to millions. It helped society advance and brought long-established hierarchies to their knees. The printed word heralded a massive evolutionary step for the information age.

Johannes Gutenberg probably didn’t know he was changing the world forever, but when he developed the printing press in the mid-15th century, he paved the way for the mass circulation of books, instructions, manuals, journals and, of course, newspapers.

And here we are, over 500 years later, and the printing press looks like it has finally met its match.

A seasoned campaigner comes up against a young upstart that’s slicker, and faster on the draw. Sounds like a scene from a Western, but it’s actually the precarious predicament the noble art of journalism is currently facing.

The age-old profession is under threat from a new breed of journalist. Armed with little more than a smartphone and a Twitter account, they are omnipresent and can be at the scene of a major news story in seconds. In fact, they are normally there before the story even happens.

Much has been written about Twitter and citizen journalism; some negative, some positive, but mostly all agree that social media has changed journalism forever. And an almost tangible tension arises whenever the subject is raised with hacks – old meets new, analogue meets digital and the humble newspaper meets its maker at the hands of social media.

Is there any point in fighting it? Of course not, there is no way to compete with citizen journalists, they have safety in numbers and they are literally everywhere. And besides, why would anyone want to fight? It can only be a good thing.

Journalists – the qualified kind – must use all the tools at their disposal. And that includes social media and the myriad of contacts they can make across the social sphere.

Professional journalists still have serious clout over the tweeting mob. They are trained, they know how to properly fact-check and validate whatever information comes their way. It’s a precise profession that relies on persistence and objectivity to separate fact from fiction, whilst constructing all the salient details into narrative form for the public to consume. Whilst there are countless cases of journos failing on this front, they are at least accountable for what they write. Unlike that lot over in social…

Behind a wall of anonymity, citizen journalism can never guarantee any degree of reliability. Twitter can spread misinformation across all 7 continents before a real journalist even gets a whiff of a story, thus the information becomes legitimised through social media and nobody is really accountable for anything false that’s written. It’s basically gossip with the volume turned up.

Of course, many citizen journalists are more ‘accidental journalists’. For example, in January 2010, Gregg Coppen from South Africa witnessed a giant shark devour a man in the surf near Cape Town. He tweeted: “Holy shit. We just saw a gigantic shark eat what looked like a person in front of our house…that shark was huge. Like dinosaur huge.”

His tweet formed the basis of headlines around the world. Coppen gave interviews to TV and radio networks from many countries, all based on those 130 characters he sent on the spur-of-the-moment after witnessing a truly horrific event.

Social media is a phenomenally powerful tool for journalists to tap into, and it is right that it is harnessed rather than ignored. And this is why journalism will have to evolve to keep up with changes elsewhere in a switched-on, tuned-in technological society.

The shifting sands of journalism

Traditionally, a journalist would have a little black-book of contacts whom they rely on for accurate insider information or expert opinion. With social media, different networking hierarchies are forming. Journalists learn over time which of their Twitter contacts to trust and strike relationships up accordingly. It really isn’t all that different from traditional ways of working, it’s just using different tools to communicate. And that’s all that Twitter is – a tool.

Similarly, Google has been blamed for destroying journalism. But all Google does is aggregate content, leading users to the news they’re looking for; it’s too easy to pick on the big dogs from the world of new media and point accusatory fingers at them.

New media isn’t destroying journalism as some people would claim. It’s merely forcing a newer breed of hack to work in different ways.

When a major global event happens, sure, lots of people flock to Twitter or Facebook to try and get news from those nearest to the situation, we saw that with the earthquake and tsunami in Japan. But equally, millions of people still bombarded the BBC’s website looking for actual substantiated facts on the events as they unfolded.

And many of these journalists will have been gleaning their information from people they know and trust in the social sphere. Not to mention from fellow journalists on the ground in Japan. Quality journalism isn’t dying, it’s merely evolving.

Newspaper sales are down. Some people want information for free, but others are happy to pay using apps or through subscribing to circumvent those darn paywalls. Quality still has a value, and people will pay for it.

But journalism will become increasingly more about the journalist as a person, rather than the publication they write for. And that’s why journalists will have to brand themselves.

Driven by blogging and social media, journalists will have to build a personal brand around themselves. They will have to create a neat, reliable and very accessible package that people grow to trust. This ‘personal trust’ model has always existed in the form of bylined articles, but with social media the need for journalistic branding is more than ever.

Social media is all about connecting people. The relationships that form between these people depends on trust, so the role of the journalist has to be a lot more personal if they are to use these new tools to their advantage.

The news industry has traditionally been an oligopoly and, for all intents and purposes, it still pretty much is. But the cracks are starting to show, the Web has created an open conduit for news and information to flow, and that has to be a good thing.

There will always be a need for journalists, they will just have to work in different ways and under different conditions. New media? New journalism.