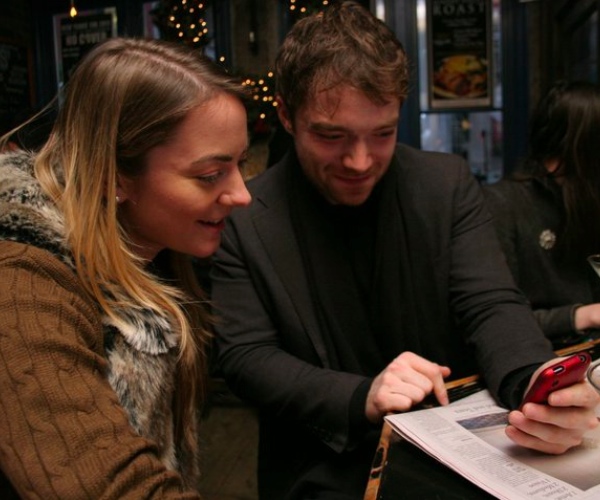 All the stats are pointing towards a huge upsurge in the uploading of photos through mobile applications for next year but I wanted to drill down and see who was involved in that battle and what went down in 2010. The quality of the cameras on smartphones is the main driving force behind this new trend and people are choosing to share their photos in all sorts of socially media driven ways.

There are a slew of apps on the list including apps that let you share photos in a very private way, some that help promote your photos and some that turn your photos into useful information or tips for others. I’d expect 2011 to be an even bigger year for photo sharing through phones. Not only will all of the apps below expand further but I’d expect lots more companies to join the fray. All in all as you can see form these apps it was a very exciting time for photo sharing apps. The old kid on the block. Their photo app is fairly simple and essentially offers you some of the more basic features from the site including the ability to upload photos and view your contact’s photos as well as seeing your latest activity. There is nothing innovative or groundbreaking in this app but the fact that Flickr has established itself as such a huge player in the photo market means that it is automatically a player in the market.

The giant among the list. Facebook has said that the early success of its photos product was one of the main reasons for its growth. You can now upload photos through the various apps that they offer for the different phones and more and more people are adding photos while on the go. It’s easy to create new albums and add photos directly to different pages etc on Facebook and the fact that your social graph is already there will mean that Facebook will continue to dominate this market. Photos by their very nature are social and Facebook will continue to exploit that fact.

Foursquare just announced their new photo feature. And how it did not have this functionality before is beyond me. It makes sense that if you are reviewing places and leaving tips that photos are a natural add on to bring the tip to life. Some of the other location based services had this baked in for a while including Gowalla. With Foursquare expecting over a million photos in the first couple of weeks you can see how they could become a major player in this market especially given the fact that they already have 5 millions users. I have never been a great fan of Foursquare but the fact that it has added photos might just make me have a look at it again as I can now see how it could become useful.

One of the start ups with the most buzz around it because their CEO is Dave Morin, the former Senior Platform Manager at Facebook, who pretty much built the Facebook iPhone app from scratch. Path is all about private sharing and having photos that only your inner circle of trusted friends can see. It’s an interesting concept and although nothing like the size of the others on the list yet this will be an interesting app to watch.

There are tons of apps out there who are not aiming for the overall prize but still want your photos. A prime example is Foodspotting which is an app totally dedicated to food and drink. On Foodspotting you leave tips and photos of places that you have eaten so others can come along at a later date and find photos and tips by browsing through the app. These niche apps are not used by as many people but they can be massively useful if it’s a niche that you are interested in. Expect apps to pop up covering lots of different areas in the next year as people start to share every facet of their lives through photos.

Dailybooth burst on to the scene with huge growth and immediately became popular with a much younger audience who shared very random photos of what they were up to at the time. The app can best be described as a Twitter for photographs where people share their photos in a very social way, gain followers and engage and comment on the photos of others. You are not going to get the high quality professional photographers here but it will be a bit of a laugh and very social.

The biggest competitor to Instagram who has also raised a bucket load of cash and offers pretty much the same features including filters, sharing with your network and a social layer to your photos.

The likes of Yfrog and Twitpic have been huge over the last couple of years as they’ve piggybacked on Twitter’s success. These sites are useful for people who want to share photos via apps to Twitter with the bigger Twitter clients building them into their offering. While Yfrog and Twitpic are great for hosting your photos the truth is they don’t really do a lot more than that to be honest. What we really need is for Twitter to create its own photo app.

Instagram just passed a million users less than 10 weeks after launching and has the most buzz with the early adopters. It’s very simple in that it allows you to follow friends who share photos and that anybody can take good looking photos thanks to the filters. The interesting thing with Instagram is that all of its functionality sits within the app itself and the app is only available on the iPhone. The fact that they have reached these stunning numbers within weeks means that this is an app with some serious legs and I fully expect it to grow in to something far bigger than a simple photo sharing app on the iPhone. Serious potential here.

Read next: 5 tips to boost your home WiFi signal