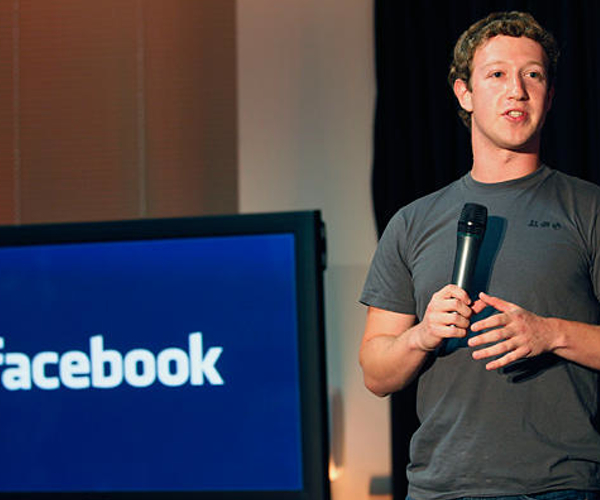 At 10:30 PST today, Facebook held its “mobile event” for over 7,000 viewers. In his opening remarks, Facebook CEO Mark Zuckerberg said, “Our goal is to make it so that no matter what platform you are building, your apps can be social…And that over the next few years, entire industries will be rethought as social applications.” He also mentioned that 200 million people now use Facebook via mobile devices.

The app update, announced at Facebook’s event this afternoon, brings a new Facebook Groups interface, deals, improved check-ins and a flurry of bug fixes for the iPhone.

See our post on Facebook’s announcement that it is now bringing Places and Groups to its latest build of the Android app, unlocking the services to millions of users. “Now you don’t have to enter a password, how big of an innovation is that?” asked Zuckerberg. According to Zuckerberg, this reduces friction in the same way YouTube affected video, compressing it down to an easy to upload flash file.

The Single Sign-On encourages developers to build richer experiences on phones to create a better overall user experience. Single Sign-On partners include Groupon, Zygna (which will be debuting on Android next week), SCVNGR, Yelp, Loopt, Flixster and Booyah. Partners will benefit from a user increase with an easier sign-on process.

Facebook’s Read, Write and Search API are now open. This is competitive with the Google Places API. They also announced an update to their Android SDK with an update to the iPhone SDK coming next week.

Facebook is building a platform for local stores and places to offer deals to nearby Facebook users. What does this mean? You will be able to read where your friends are, write and publish check-ins back into the graph and search for relevant places.

According to Facebook, the thing that has been missing with check-ins is that those local businesses can’t communicate with customers. Facebook hopes their platform will enable merchants to push deals out to their existing customers and will attract new customers. The Deals concept turns store’s online visitors and eyeballs into real people, dollars and experiences.

Here’s how Facebook Places and Deals will look on the iPhone:

All in all, 20,000 small to medium sized business are expected to sign up with Facebook deals through their easy self-service platform. The velocity of this has not been lost on Zuckerberg who added that they only launched Places two months ago.

Is an iPad app in the works?

According to Mark Zuckerburg, “iPad is not mobile. It’s a computer. Next Question.” See our original post here.

Read next: Microsoft finally admits that the iPad is 'cannibalizing' netbook sales