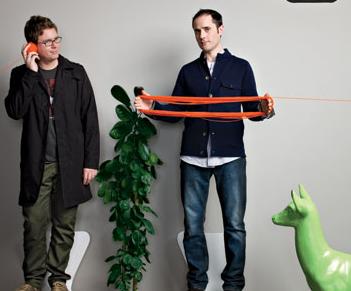 While the world has had its eyes stuck on Digg’s relaunch, the upcoming Facebook movie, and Apple’s every little move, Twitter has been hard at work. That effort seems to be paying off, as according to third party trackers Twitter is setting traffic record after record.

While services like Alexa and Compete are not accurate enough to trust from day to day, for very large websites they can be useful to track general trends. If Alexa and Compete agree that a top 100 website is on the rise, they usually have a point. I learned at least that much working in analytics back in the day.

Let’s pull up the two graphs (we used to do this every month for Twitter, remember?) and see where we stand:

Note of course that Compete is a look only at calculated US traffic, while Alexa is global. Now, according to Alexa (top graph), Twitter has not slowed down for a moment. It’s reach has also become less jumpy and more sustained in its ascent. Looking roughly, Twitter started out with a 4.5% reach this year and is currently sitting at a little over 8%. That would put Twitter around 9% by year end, showing 100% growth for the year.

Compete’s graph is a little harder to read (they always are), but following some odd doldrums that I suspect are errors, in the last five recorded months, Twitter has set 4 record highs. Not a bad track record, right?

What does all of this mean? That Twitter’s hard work on staying up more (at least in theory), and buying out the best applications around to provide a cohesive end-to-end experience for its users is working.

People worried that after Twitter’s days of hyper growth the company could lose its footing and fall over. Those concerns seem to be overblown, as the company is adding piles of new users, and as we can now see, retaining old ones for a result of steady growth. Don’t forget, Twitter has over 145 million users.

All of these estimates are for the website only. That is, they deal with Twitter.com. As Twitter pointed out, a massive amount of total Twitter traffic flows through the over 300,000 applications that are based on Twitter’s architecture. For example, on 78% of Twitter users use the web interface, meaning that quite a lot of Twitter use is lost there alone, but most people use a blend of Twitter.com and other applications, such as Twitter for iPhone.

The point is that Twitter.com is growing like a weed. Given the wild popularity of Twitter applications in the world, it would seem that that part of its traffic is doing strongly as well. What we have here is a Twitter that still has legs to grow and seems to have plenty of gas in the tank.

Read next: Want a look at Google's instant search results? Here's how.