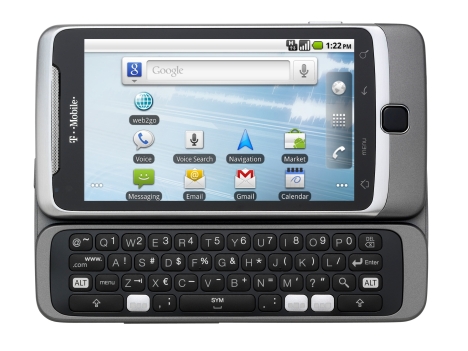 An interview with Digg’s VP of product, Keval Desai, about where Digg is now and where it’s going. Short of you hiding for the last week, you must know that Digg is undergoing massive change and turmoil. The company launched their much anticipated redesign into a maelstrom of controversy. Ever since the new site went live last week, Digg has been the subject of talk in the world of tech.

Digg offered us an interview slot with their sitting VP of Product Keval Desai (one of the point men for the redesign), and we jumped at the opportunity. Over the course of 40 minutes we talked about everything Digg related that I could summon to mind. We can’t post the audio, but I have compressed the important points below into readable chunks. Anything that is quoted may have been condensed slightly for length. Let’s get into it.

Why Did Digg Build Version 4?

Digg built version 4 out of necessity, and with massive labor inputs. Version 4 (V4 for the rest of this article) was under construction for over a year. If you recall, Digg released very few things into the previous version of Digg (V3) during V4’s construction. Resources were being allocated elsewhere.

Digg was a “5 year old company and a 5 year old platform,” Keval told us, leaving Digg with a desperate need to upgrade the overall site’s structure. Digg had come to the point where “rapid iteration and feature launches” were very difficult to do, forcing the company to innovate less than it had wanted to. The new Digg is a complete front and back refresh, with V4 now being a “first-grade Internet platform” capable of fast and flexible development.

To highlight that fact, Keval pointed out that Digg has undergone over 100 different launches in the last week, a cycle of continuous deployment.

There were several other motivating factors for the complete site refresh, mostly stemming from intensive sit-downs with focus groups and users. The people interviewed claimed that they wanted a simple system of personalization, and a flexible method of viewing longer tail content. That became ‘My News.’

Publishers requested a method by which they could derive traffic from the large Digg audience, but without it coming in massive boom and bust cycles. Publisher accounts, following, and auto-import came out of that wish. So far, Digg traffic is still episodic (hit “top news” and boom goes the dial), but in time it may flatten out some. In the mean time, follow us on Digg.

Finally, Keval reiterated that in V3 of Digg, traffic had gone flat. Digg had to change or fade. Where Is My Bury Button?

I asked Keval where the heck my bury button went, and he said that Digg had implemented two new tools that solve different bury scenarios. Let’s say that you see a story that breaks the Digg TOS. Instead of burying that story as you would have, on the story page you can ‘report’ the story to Digg.

Also, with the ‘hide story’ function, you can block and filter content that you don’t like. Before, a bury was the be-all, end-all of down voting on Digg. It was abused horribly. Bury brigades overused the button to kill off entire genres of content across the website. Now, with ‘hide story’ you can curate your own Digg, and not be abused by other users with an agenda.

What About That User Revolution, Did Everyone Quit?

The massive user response has not been lost on Digg. They have noticed. Keval had this to say: “all reaction is good reaction,” saying that it would have been very bad if there had been no reaction. Keval also stressed that Digg hears the myriad complaints that are being tossed around, and is acting on them. He pointed to a recent blog post by Kevin Rose detailing things that Digg is updating along the lines of community requests.

Now in regards to traffic, Keval spoke as carefully as you would expect. “Digg is a private company so I am not going to release hard numbers,” he made plain, but he did leave us with interesting tidbits:

Keval was not content with the launch day problems, it was “rocky” and “not as smooth we we wanted.” He did point out that over the 100 releases, the site has become much more stable.

A common complaint since launch is the lack of source diversity in the Top News section. And no, we are not talking about the Reddit account. Before that protest began, a certain blog took over the main page by aggressively growing their follower account and ham-fisting their way into the charts. Digg is not content to let this continue, and are planning a strong enough algorithm to ensure that this does not happen in the future.

Keval said it like this: “lots of Mashable and Reddit [stories on the front page] is a bug, a bug.” Also, there was a separate bug that blocked user submitted content from entering the promotion queue, which has been corrected. This will lower the power of publishers in relation to power users.

Also, Keval pointed out that the best way to dodge a source that you might perhaps find spammy is to unfollow them. To vote with your feet, euphemistically.

The New Digg And Its Effect On Monetization

I questioned Keval in the following way: “Digg has been chasing profitability for quite a while, what will V4 do to assist Digg in finally becoming profitable?” In short, Digg expects V4 to help the site grow its revenues, but not in the way that you expect.

Digg, from the very start of the V4 design banned “slider” ads, the aggressive advertisement and animated GIFs that had polluted Digg for some time. DiggAds, something that has been very popular for Digg and among its users, will remain in use. How does Digg plan on making more money? By keeping users happy, and having them come back again and again in a “virtuous cycle.” In the long run, Keval said, ads that are more relevant to users make more money.

To the Powerusers, What Sayeth Digg?

Keval was shockingly positive about power users on Digg, saying that if you were a power user before, you can still be one on V4, and that he expects that to happen. “Digg is changing things,” Keval said, but “if you love Digg, [that] means criticizing it too…. what we need to do with the power users is to have a dialogue. There is no reason that a power user in V3 can’t be one in V4… they could become the tastemaker for a personal area.”

In other words, so long as you obey the TOS, Digg has open arms not only for feedback from power users, but also wants them to stick around and keep Digging.

All of that aside, what does Digg have up its sleeves? Keval was not budging (he kept the cat snuggly in the bag, sadly) in general, but he did outline a forthcoming publisher analytics system that will bring more data to publisher account mangers.

It will include average posts per day submitted, a method to track follows and unfollows on Digg, how many click-throughs the account’s submitted stories have received and the like. Even better, it is coming “soon.”

There you have it folks, as best as we could ask the questions. If you want more you are going to have to drop by Keval’s cubicle at Digg. Don’t worry, there is free beer on that floor.

Be sure and check out our most recent TNW podcast, we cover the new Digg in detail with special power digger guests.

Read next: Notifo and Push.ly get some major updates. Twitter user streams and more on your iPhone.