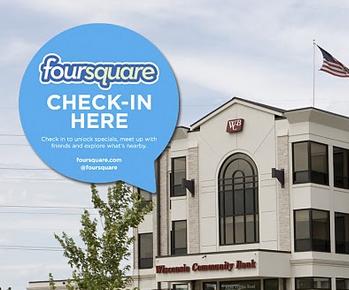 Well, another day another milestone for the growing world of Foursquare. Today Zagat, the famous review company, hit a massive 50,000 Foursquare friends.

It should be noted that Foursquare and Zagat have been partners for some time, so the company did not hit 50,000 friends purley organically, but with special badges and trips boosting their account.

Good on Zagat for riding a big wave higher than anyone would have expected. It brings to the forefront, yet again, the question of just how big Foursquare is and if it is now finally ‘mainstream.’

The answer, as before, is no. However, this massive showing does say something strong about the Foursquare community: it is now large enough to self-sustain. With traditional, established brands like Zagat racking up dozens of thousands of friends, Foursquare is big enough to live on its own. According to this, the company over 2 million users today.

That was not always a certainty. People to this day still question the possible longevity of location based startups like Foursquare and Gowalla. Everyday that goes past as they rack up more and more users means that those complaints and jibes lose more and more credibility. Location is a hit with a large slice of the world, but whether it will ever go mass market is still an open question, if it even matters.

Read next: Microsoft Isn't Showing Weakness By Slapping Apple, They Are Exerting Dominance