Swarm is bringing back Mayorship, a feature many who used Foursqaure ahead of its split have been longing for.

To become the mayor of a location, just check-in more than anyone else. When others check-in, they’ll see you’re in charge (not really, you get no authority). 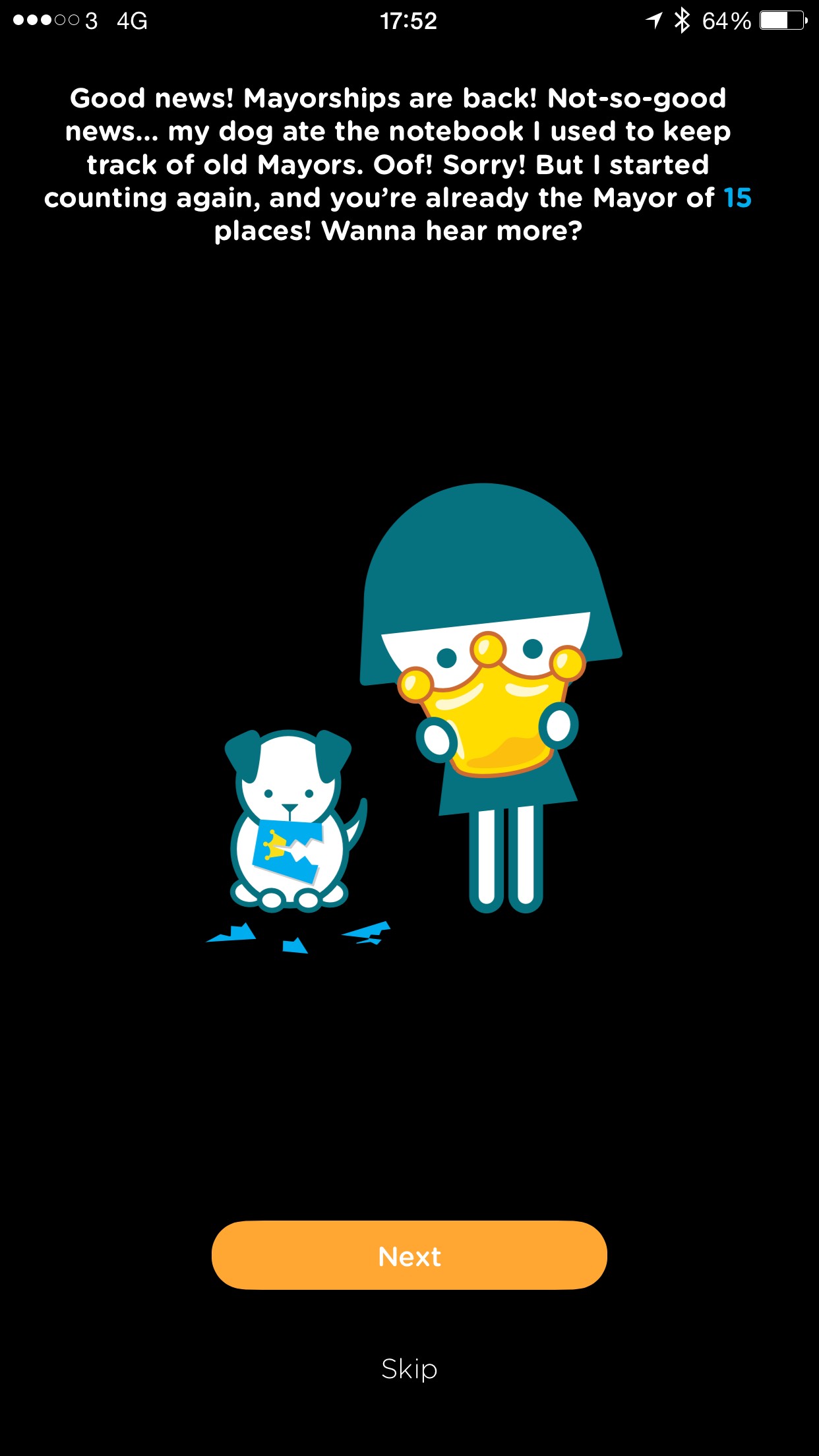 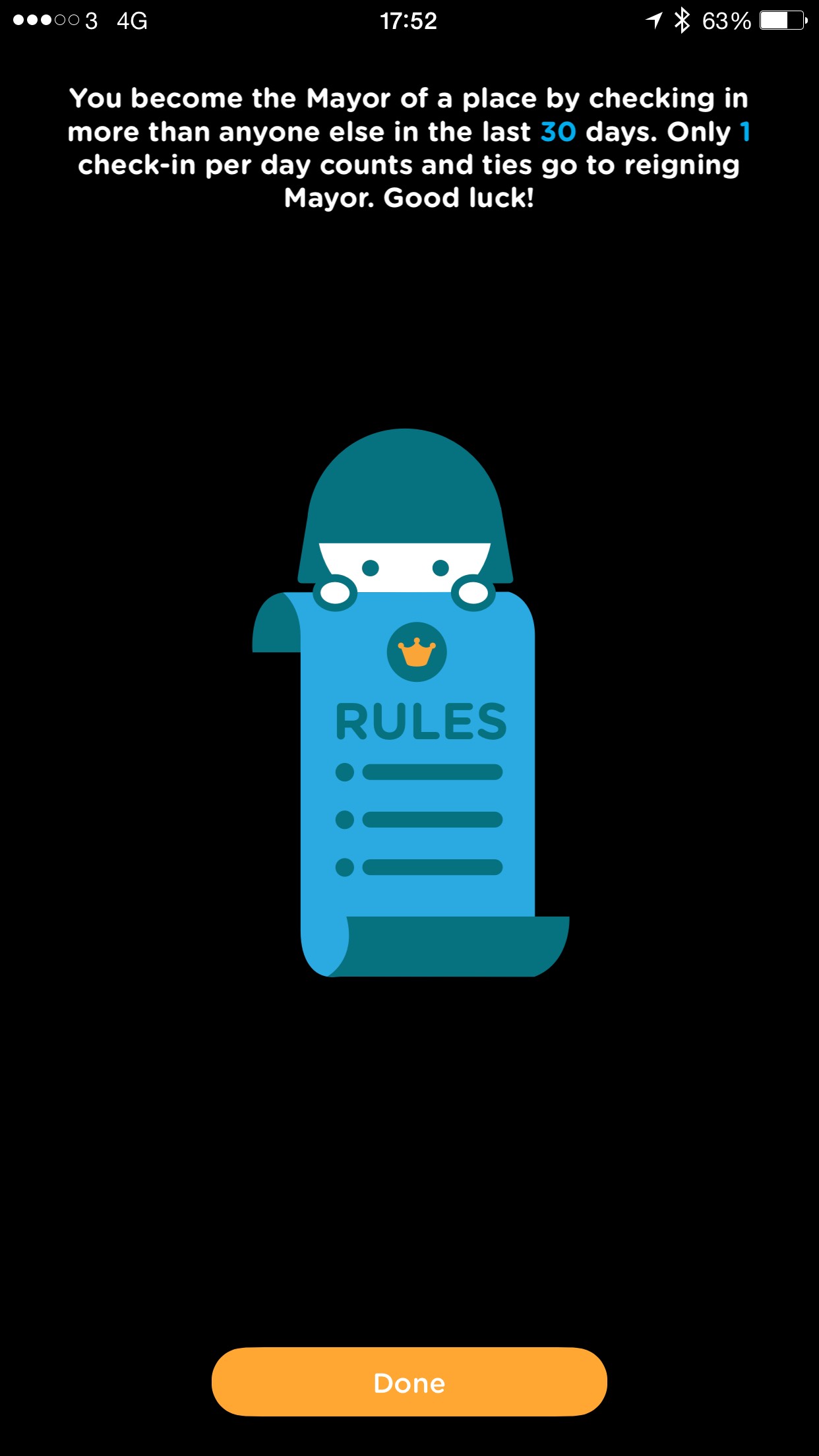 You do get a crown badge, though. If you lose your mayorship, you also lose your badge to the new mayor.

When Foursqure split its service into two apps, Swarm took much of the check-in and social workload while Foursqaure was positioned as a Yelp competitor. Swarm gained a few features, but lost mayorship, a favorite for legacy Foursquare users. An early revamp of mayorship let you compete with friends, but that wasn’t as much fun. Now that the old system is back, expect Swarm competition (and use) to rise dramatically.