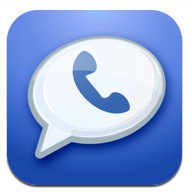 In case you’ve missed it, over the past few months, Twitter has been positioning itself into a more professional tool.  Between buying out the best API-driven applications, implementing a host of new features and breaking news about plans for new ones, the once-ignored blue bird of happiness is truly coming into its own.

But is it prepared?

Over the past week, and nearly every week before that, we’ve seen outages.  For a company that is as well-funded as what Twitter is, it just doesn’t make any sense.  The resources are there, what with Twitter being so ingrained with Amazon’s cloud hosting you’d think it would be an easy flip of the switch to throw more resources at a site that’s growing at an amazing rate. Oh, and let’s not forget that there is a wide-reaching effect when Twitter goes down.  Not only does a conversation platform stop, but the world’s present favorite way to give and get information has come to a screeching halt as well.

I wrote, just tonight, how Twitter could actually be the salvation for fledgling businesses that are having issues with gathering users.  While services such as Foursquare and Gowalla have huge bases of rabid fans, more is generally better.  The deep integration of these services with Twitter’s new Places platform could cause many users to finally start using services that have been there for some time.

But what happens with extended outages?

Once again, tonight, we’re seeing some extensive downtime from Twitter.  The explanation, according to status.twitter.com:

“We are experiencing site-wide availability issues due to scheduled  maintenance. We’re currently working to address the issues. We’ll update with more information as it is available.”

Sure, we understand maintenance issues.  We understand that sometimes we have unforeseen things happen because of them.  But the reality of it is that if you’re going to have people and businesses relying on you, then you owe it to them to make it work.

The converse to this argument is that Twitter is free, and we should deal with it.  But that doesn’t make a lot of sense.  Twitter might indeed be free, but it relies on a heavy user base in order to sell advertising.  If your service isn’t working, then you don’t have active users.  This is a simple marketing issue.  No users = nobody to sell.

I think that a simple tweet from our own @Zee says it best:

We love you, Twitter.  We love what you’ve done for quick, simple communication and we love what you can become.  However, in order for that to happen, you’re going to have to step up your game.  Plain and simple.  If it doesn’t happen, you’ll be watching your potential fly away like a failwhale into the sky.

Read next: The Apple Store Has iPhones Ready to Preorder NOW.