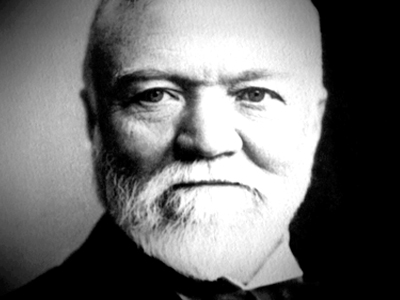 Twitter has announced that it is to allow the largest library in the world, the Library of Congress in Washington D.C., to maintain an archive of every tweet ever posted.

Six months after they are posted, tweets will made available to the library for non-commercial research, display and preservation.

It’s great to hear that Twitter now has an official archive, maintained by a third party. Never before has there been such a vast silo of people’s thoughts and opinions from around the world, tied to a particular time (and more recently place) as there is in the complete Twitter timeline. It’s historically significant and well worth preserving. However, is the Library of Congress the best institution to look after it?

As a federal institution, the Library of Congress is owned by the United States of America. As such, the official Twitter archive will belong to the USA. While this makes sense; Twitter is an American company after all, the Twitter timeline itself, I’d argue, is actually the property of the whole world.

People throughout the world have poured their hearts and souls into Twitter over the past four years. It’s one thing for all those tweets to belong to Twitter, the company responsible for the service, but for them to be handed over in bulk to, essentially, the US government will surely jar with many people’s feelings about what’s right.

It seems wrong for an archive of people’s thoughts, feelings, opinions and actions that has been contributed to by over 105 million user accounts from all corners of the world is to be maintained by one country’s official library. It feels unjust. Users around the world will eventually be able to search the whole archive using Google Replay but that’s a commercial enterprise, not an official public archive.

A better idea would have been for the Twitter archive to have been handed to a non-governmental, international institution. Maybe Twitter could have founded a not-for-profit company with trustees from around the world, called it ‘Twitter.org’ and allowed it to be accessed and studied by everyone without it ever needing to become government property.

What do you think? Do you mind your tweets being archived by the USA?

Read next: The Details On Twitter's @Anywhere Platform [Screenshots]