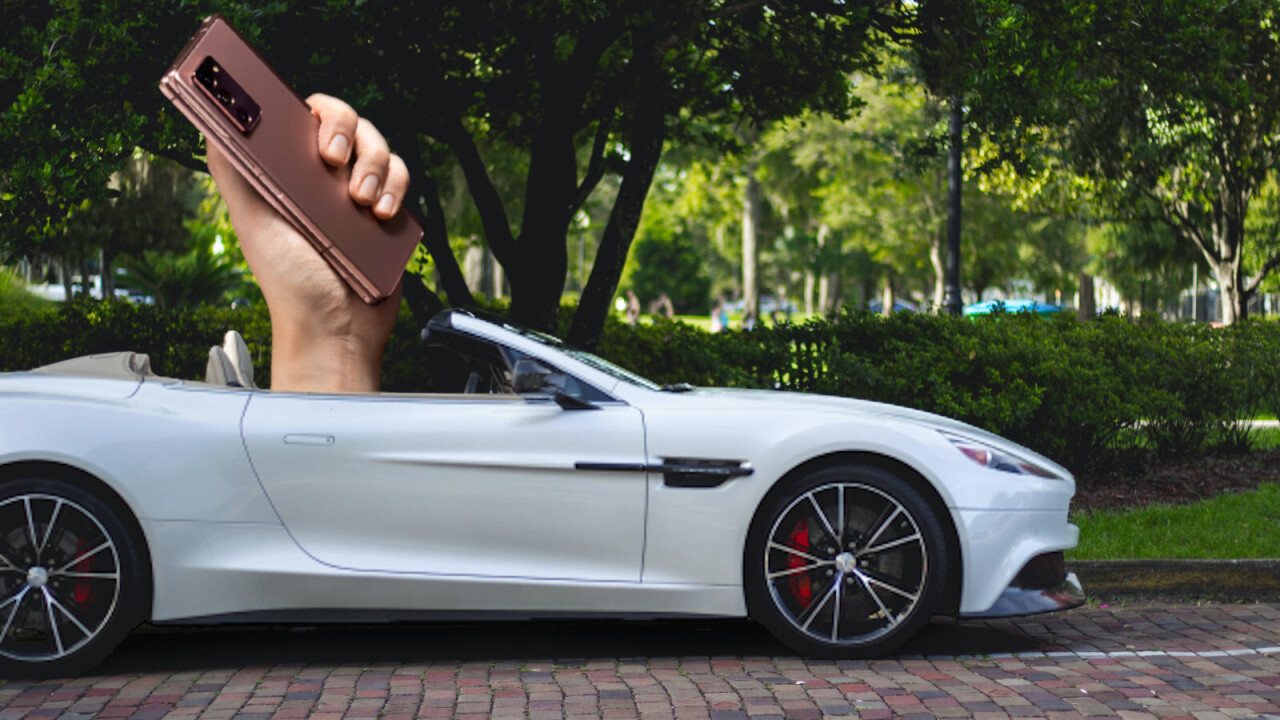 Whether it’s t-shirts, hats, watches, briefcases, bicycles, or even perfume, automakers — especially those at the pricier end of the market — just love to sell branded goodies. It’s another way to cash in on the brand’s badge value and get free exposure from the drivers that actually buy it.

Never has it been a good idea to buy a piece of high-end car branded merch, and Aston Martin’s foldable phone proves that perfectly.

Yes, you read that correctly. Aston Martin is selling a foldable phone. Well kind of, it’s actually a Samsung Galaxy Z Fold 2 with a bunch of Aston Martin Racing Edition merchandise in the box and a heftier price tag.

Under the surface, it’s exactly the same as the standard Samsung device, it comes with 12GB of RAM and 512GB of storage — plenty of space for all those hi-res pictures of that Aston Martin DB11 you don’t even own.

Alongside the leather case, there’s also a t-shirt, a hat, and a Samsung Galaxy Watch 3, which is a nice addition but still doesn’t entirely justify the price increase.

This is a particularly strange bundle, it’s just a standard Samsung device in a box of with some (possibly) leftover Aston Martin merchandise. It’s not clear if this has been put together by Aston Martin or the retailer Tmall.

It wouldn’t be the first time that a car brand has slapped its name on a phone, though. Luxury car brand Bentley previously put its name on the fairly average Vertu phone and then charged $9,000 for it. With that in mind, it makes this Aston Martin bundle seem like the most okay-ish of deals.

If you do happen to own an Aston Martin, you’ll already know that you don’t need branded merchandise to show off the fact you think you’re James Bond. You have the car, the real deal, for that. If you’re not near your car, aloofly placing the keys on the table in front of you will suffice.

On the flip side, if you want to trick people into thinking you own a posh sports car, there are far cheaper options — like posting a picture of yourself standing next to one on Instagram like a normal person.

In reality, no self-respecting Aston owner is going to buy this and neither should you.