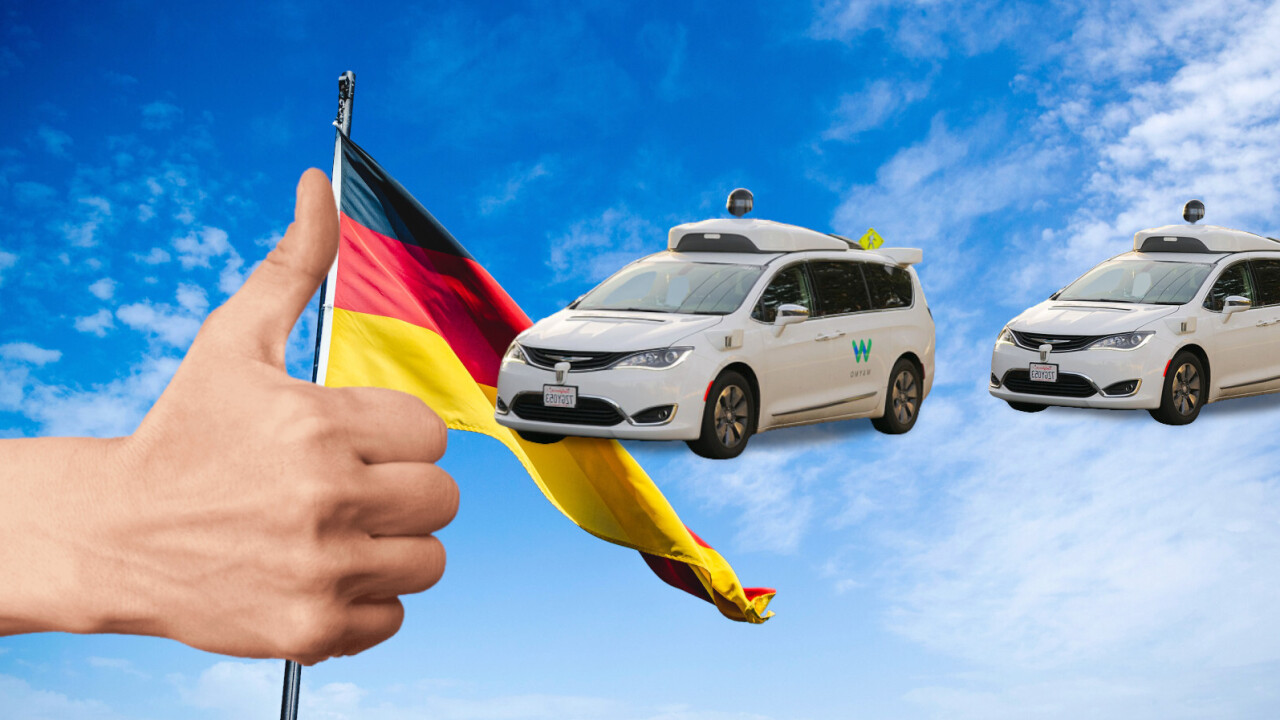 According to a report from local news outlet, The Local DE, some of Germany’s politicians, including Chancellor Angela Merkel, met this week and have agreed that the country should play a “pioneering role” in the regulation of self-driving cars.

The first step the country is going to take to realize this goal is to draft some laws, how appropriate.

The law should reportedly make Germany “the first country in the world to permit driverless vehicles in regular operation as well as in the entire country.”

It’s obviously too soon to say what this law will look like specifically, or when it will be mandated, but the politicians have set their sites on 2022.

That sounds ambitious when most critics are saying that fully driverless vehicles are between at least five and 10 years away, at the absolute earliest in areas of low driving complexity. However, regulating the tech before it comes to the mass market could nurture a safer approach and remove the moral and legal gray areas that systems like Tesla’s Full Self-Driving operate in.

This will be more a case of whether Germany’s beaurocratic processes can stick to that timeline, rather than if the technology will be ready by 2022.

Back in July, Germany said that it was drafting legislation to permit Level 4 autonomous vehicles.

“The planned new legal framework should create the prerequisites in the current legislative period to allow for the standard operation of autonomous, driverless motorized vehicles on public roads, limited geographically to a defined environment,” the German transportation ministry said at the time.

It seems with the latest news, Germany is either reneging its stance and going the whole hog to regulate Level 5 driverless vehicles, or it’s just making more noise again with no real outcome.

While Germany is going straight in at the top and looking to permit fully driverless vehicles, Britain is working its way up from the bottom and will regulate individual ADAS (advanced driver assistance system) tech until it reaches Level 5 at some point in the future — assuming driverless vehicles actually become a thing.