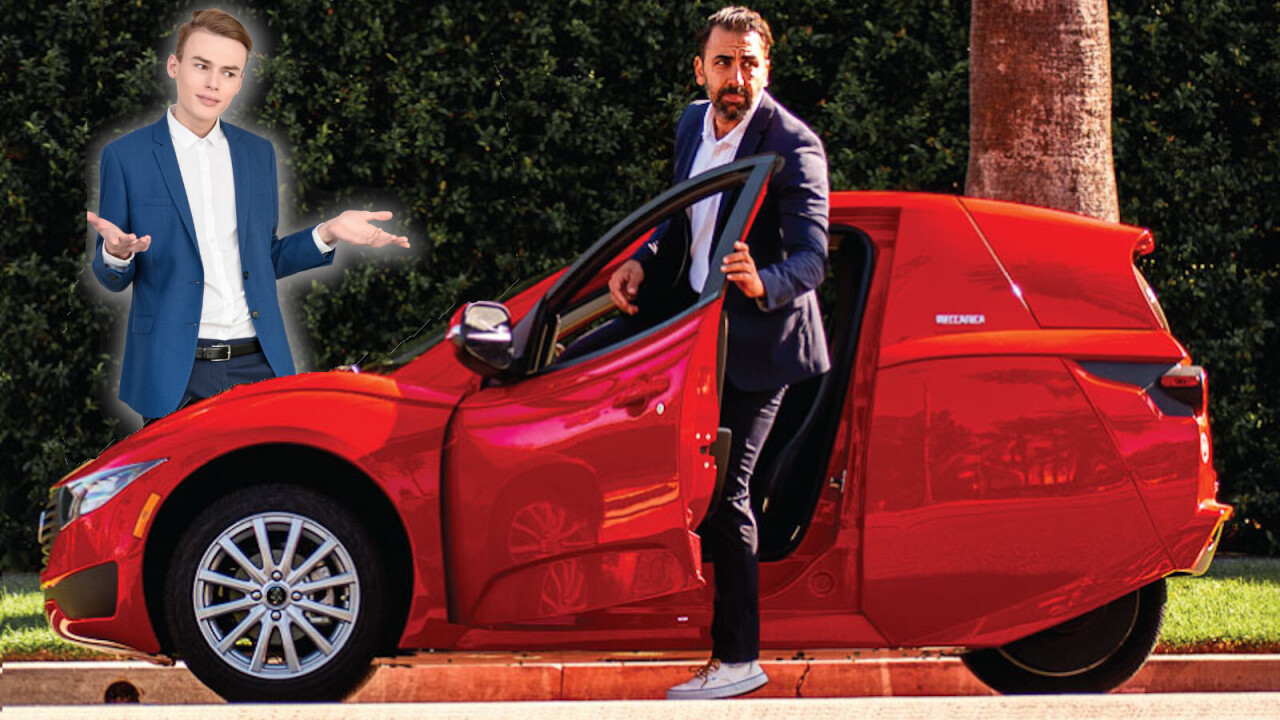 As Electrive points out, news of the Solo first surfaced about four years ago, and deliveries were supposed to commence two years ago, but nothing happened — until now.

According to an announcement from Electra Meccanica, the company that designs and makes the Solo, the car is today entering production. It will be produced under contract by manufacturing partner and investor, Zongshen Industrial Group, in Chongqing, China.

Zongshen is better known for producing motorcycles — it claims to make over a million a year — and not electric cars, but don’t let that put you off, because the Solo EV is part motorcycle and part one-person car.

As you might expect given its name, the Solo is a one-person electric vehicle that’s targeting itself hard at individual city commuters.

Like a car, the Solo will have a bunch of basic driving aids like power steering and anti-lock brakes, and also comes with creature comforts like a Bluetooth equipped entertainment system, air conditioning, and body panels to keep the outside, well, outside.

The Solo has a small trunk above the rear wheel that’s big enough for a box or two, or your weekly grocery run.

I’ll admit, it’s kinda funny looking. It looks like someone drew a modern take on a Reliant Robin but didn’t specify which way round it should be. Or like someone started to design a car, but decided to stop half-way through and design a motorbike instead. But you know what, I like it. It’s certainly different.

It’s quirky, different, and it’s way smaller than a car, which makes it great for use in cities where space is at a premium and conventional cars aren’t getting any smaller. I’m not sure it really makes sense, but we’ll get to that.

Electra Meccanica has said it wants to produce 75,000 of these, which seems ambitious, especially given that it didn’t meet its previous delivery date.

It’s also focusing on a very small market to begin with. The Solo EV will be sold through the company’s existing US-based retail locations, in Scottsdale, Arizona, Southern California, and Portland, Oregon. So this will be a west coast exclusive for now.

Electra Meccanica say that it should retail for around $18,500, which makes it only fractionally cheaper than the VW E-UP!, which has a list price of around $22,000, and has a host of other car features, more space, more range, and more usability all round.

With that in mind, the Solo EV is a confusing proposition. It makes the experience of driving a motorbike a little more comfortable, but that’s about it. It’s also way more expensive than a motorbike too.

In that case, it seems like the Solo will amount to being a collector’s piece or item of curiosity for car folk, rather than a car that will change the way we get around our cities. Kudos to Electra Meccanica for giving it a shot, but maybe I’ll be wrong and people will love it?