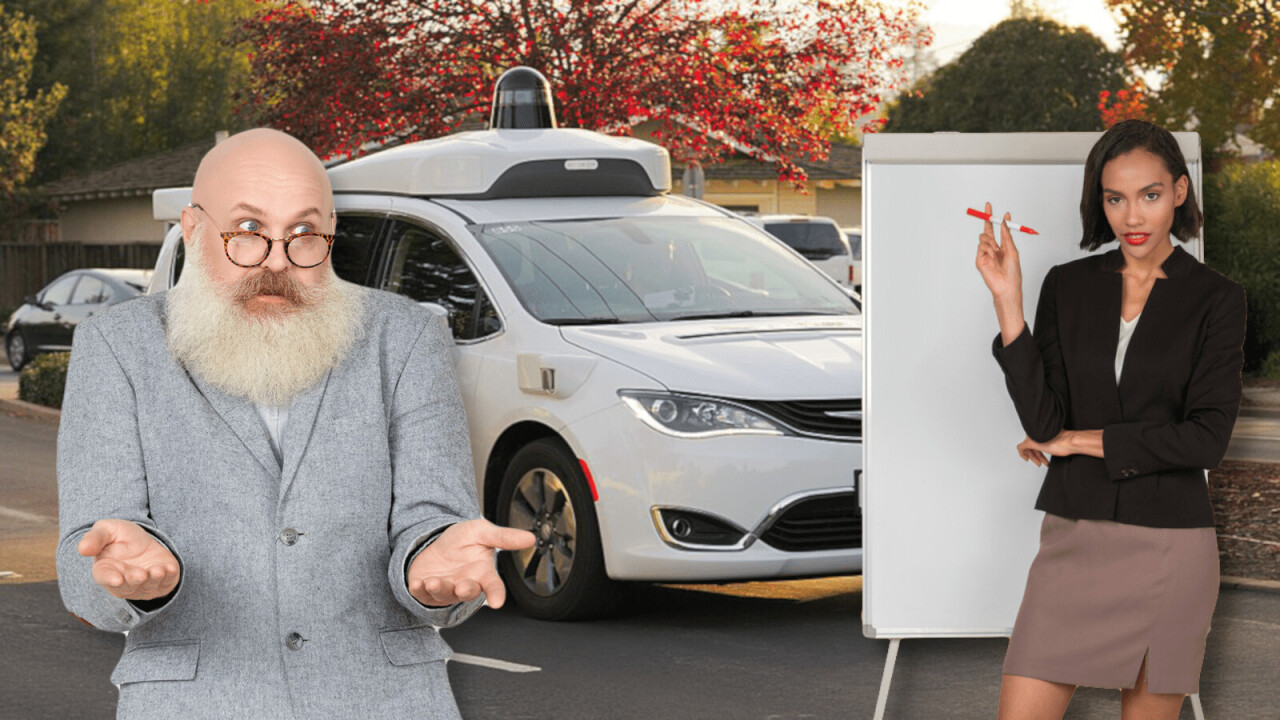 Within the broad discussions taking place about self-driving cars, there’s a growing conversation that explores how drivers are informed and educated about the technologies that make partial or full autonomy possible.

Before we dive into that conversation, let’s get one thing straight, the most advanced systems we have at the moment are classed as Level 2 (of five) on the SAE (Society of Automotive Engineers) scale of automation. Level 2 automation is also known as an ADAS (advanced driver assistance system). These systems include the likes of Tesla’s Autopilot, Polestar’s Pilot Assist, and Nissan’s Pro Pilot.

[Read: Nearly 70% of light-duty EVs on US roads were also made there]

Self-driving cars, despite their technological complexity, sound simple enough in principle. However, the term is applied to a whole host of vehicles all with varying degrees of automation and capability, and it’s becoming increasingly difficult for drivers — and car sellers — to actually understand what the technology is and is not capable of and how it can be used to enhance safety. In fact, Tesla has even been pulled up in German court over how it markets its Autopilot system.

But some are trying to figure it out.

A group of Dutch university researchers have asked: “How are car buyers and car sellers currently informed about ADAS?” To answer that question, they investigated how car dealers — independent and manufacturer owned — and buyers are educated about ADAS systems, and how information is cascaded down the buying chain from vehicle maker to buyer.

Here’s the top line results of what the researchers discovered when it comes to car buyers.

While new car buyers might know about their systems, rarely do they properly get to grips with them before taking the vehicle home.

Even though a majority of new car buyers receive information about their vehicle’s ADAS tech, researchers say it’s concerning that 25% don’t get any information.

“This is a worrisome amount of drivers that left their car sales point without ADAS information considering the complexity and variety of ADAS,” they conclude.

Researchers also point out that receiving information is very different to being fully trained in that technology. According to their study, drivers that did receive information indicated that this mainly addressed basic handling and functionalities, but did not detail the limitations of the system.

When it comes to dealers selling the vehicles, it was a similar story, but not entirely.

It’s worth noting that EV only companies (like Tesla and Polestar for example), that feature ADAS systems, are bucking the classic method of retail when it comes to selling their cars. In both these cases, the manufacturer is more closely connected to the business units selling their cars, compared to traditional motor sales where dealers are commonly owned by third-parties and are independent businesses in their own right.

With that in mind, brand retailers are substantially better equipped to educate their customers than independents. Which isn’t so concerning now, but it will be a problem when ADAS equipped vehicles find their way on to the used market in the next five to 10 years and buyers aren’t being appropriately educated about their capabilities and limitations.

For independent dealers, getting hold of detailed information about ADAS systems is challenging. They often have to speak to other dealers, wholesalers, or contact the vehicle manufacturer themselves. Meaning that information can be outdated or inconsistent. As such, independent dealers want a centralized system, maintained by an industry body, that contains information about ADAS systems from all manufacturers that they can access easily.

Until that becomes a reality (and it might never), if you’re buying a tech-focused car that’s equipped with a host of ADAS features from an independent seller, be sure to research them yourself, in detail.

Indeed, if one thing is clear from this study, it’s that independent car sellers need to be considered when it comes to education about ADAS technologies. Car sellers are a vital touch point for auto buyers and if they aren’t equipped to field their customers’ questions it could put lives at risk, as misuse of ADAS tech can be fatal.

You can read the entire paper in full here.