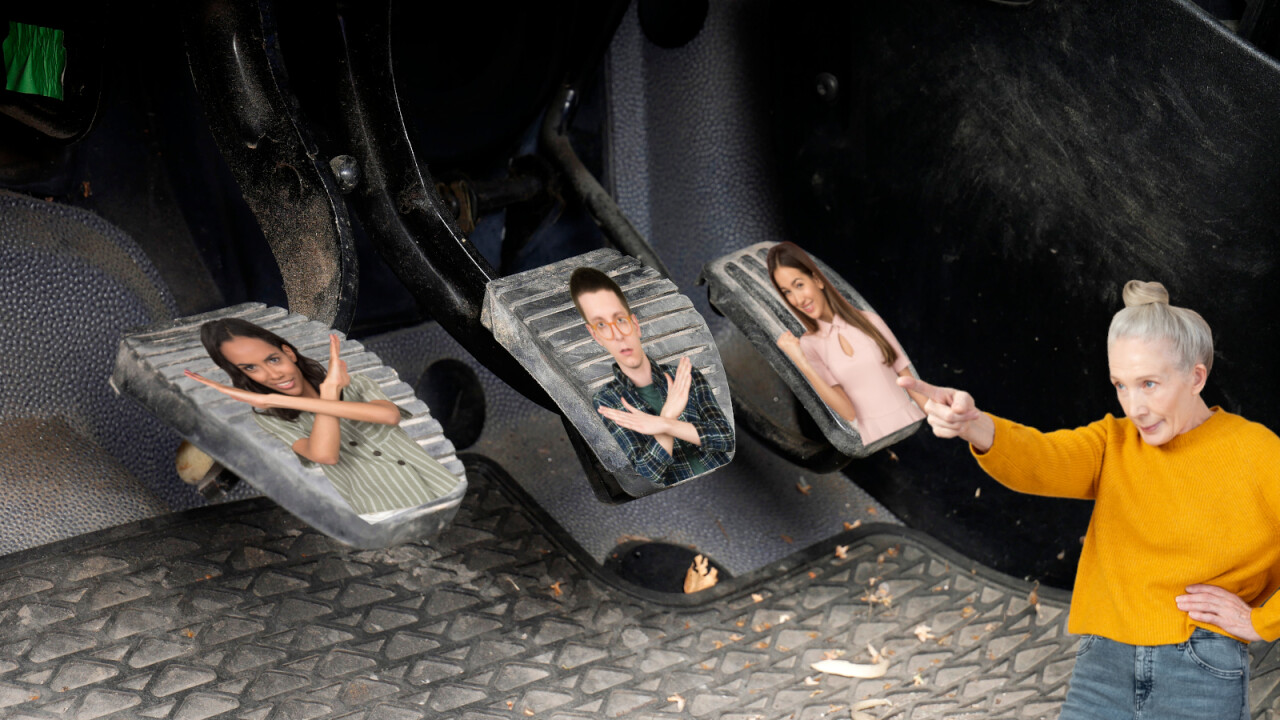 In the early days of motoring, cars didn’t have the standardized three pedals, steering wheel, and gear shifter controls that most of us will know. Take the Ford Model T for example: to drive it in reverse you depress the middle pedal, its brake pedal is where a modern accelerator should be, and its throttle is on a lever on the steering column. It’s confusing to say the least.

As cars got more advanced, driving them became an increasingly simple affair. From the confusing controls of early motorcars, three pedals, steering wheel, and a gear selector became the norm. As automatic gearboxes became A Thing, cars with just two pedals, and no gear stick became more common.

However, with the advent of electric vehicles, we now only need to use one pedal for most of our driving. Let’s take a look at what that actually means.

[Read: The important bits about Nissan’s 300-mile Ariya, its first EV in 10 years]

If you’re new to EVs, they still come with two pedals: stop and go. But thanks to the characteristics of electric motors, you don’t always have to use the brake pedal. One-pedal driving allows you to come to a complete stop in an EV without touching the brakes.

Electric cars come with a feature called “regenerative braking.” In effect, this uses the vehicle’s motors like generators to convert the kinetic (moving) energy of the vehicle back into electricity to recharge the batteries.

When this happens, the magnetic resistance of the motors creates a braking force which slows the vehicle. In my experience, when regenerative braking is set to the highest level, it has the same effect as hard braking.

This means that when you’re pulling up to traffic lights, or are in a traffic jam, you only need to take your foot off the go pedal for the car to stop.

Regenerative braking can be quite vigorous, though. The first time I ever drove a BMW i3 I nearly hit my head on the steering wheel as the car slowed so suddenly. Being gentle and not making any sudden movements is the key to mastering one-pedal driving.

As you come up to a set of traffic lights, you should start releasing the accelerator pedal slowly and progressively until you come to a complete stop.

For driving around town, where you’re starting and stopping frequently, one-pedal driving makes the whole process easier, as you’re not having to constantly switch back and forth between accelerator and brake. It’s better for the local environment too, as there’s no particulate brake dust created.

One-pedal driving takes a bit of getting used to. As someone who has always coasted as much as possible, and used the brakes as little as possible to save fuel and brake pads, I find I stop way earlier than I would normally when coming up to junctions — particularly during the first few minutes driving an EV.

Most EVs come with an option to turn this feature on or off, so you can adjust how much effect it has or turn it off entirely if you don’t want to use it.

It’s definitely worth leaving on and learning how to use it effectively, though. That way you’ll have a more relaxing driving experience that doesn’t waste any electricity unnecessarily.

See it explained in action by Jason Frenske of Engineering Explained in the video below:

For some more sources on one-pedal driving take a look at Green Car Reports and if you want a potted history on the topic check out this article from Wired.