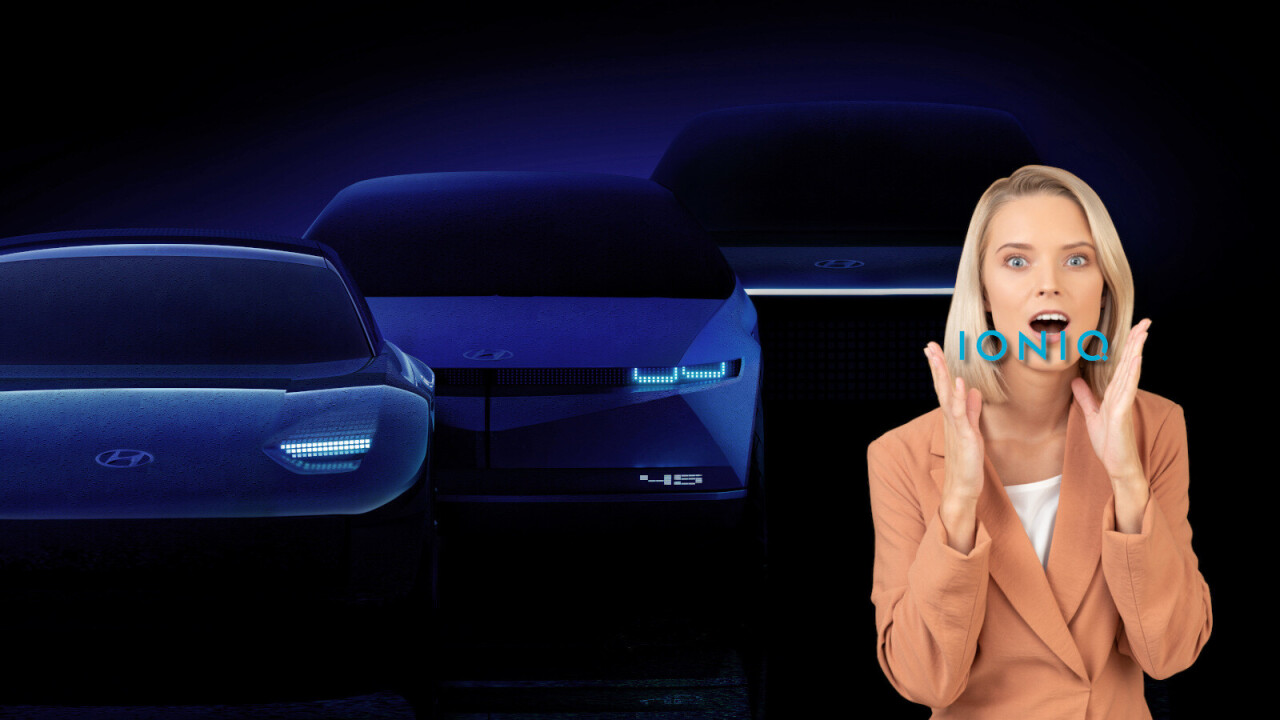 Watching car companies navigate the transition from gasoline to alternative fuels is one of my more nerdy interests.

In some cases, carmakers slowly introduce hybrid vehicles to soften their drivers up for full-electric drivetrains and meet fleet emissions regulations, a strategy that Land Rover seems to be adopting. Some marques have created separate lines of electric vehicles to develop their offerings before integrating the technology into standard vehicles, sort of like BMW did with its i range of vehicles.

In the case of South Korean automaker Hyundai, the company is taking the name of one of its electric vehicles — the Ioniq – and making it into its entire EV brand, Engadget reports.

As part of its re-brand and re-birth strategy, Hyundai also announced that Ioniq will deliver three new EVs in the next few years. Next year the Ioniq 5 will launch, followed by the 6 and 7, which are scheduled for 2022 and 2024 respectively. As Engadget points out, the naming conventions tell of the car’s body type, odd numbers are SUVs whilst even numbers are sedans.

At present, Hyundai offers the Ioniq with a variety of pure electric and hybrid drivetrains. However, under the new Ioniq brand, all vehicles will be built on the company’s Electric Global Modular Platform, or E-GMP for short.

The company says it will enable fast charging capability and plentiful driving range, and will no doubt lead to some consistencies in performance and driving dynamics across parts of the Ioniq range.

What this means for the Hyundai Kona isn’t entirely clear. Perhaps that might be discontinued as the Ioniq brand establishes itself, or maybe even folded into the brand somehow. It’s also worth noting that the Ioniq itself isn’t mentioned as part of this new sub-brand, confusing much?

Zooming out even further, assuming all cars pivot to electric drivetrains, maybe the days of the Hyundai name are numbered. Or maybe Ioniq will dissolve and the company will pivot back to just Hyundai as EVs become the norm.

Whatever the case, Hyundai’s decision to set up a dedicated brand to EVs shows that it’s taking the market seriously, and at least wants its electrically-powered cars to stand out in its lineup.

It makes total sense for Hyundai, or any car company for that matter, to make a dedicated EV brand as we transition entirely to electric drivetrains. But using the name of an already popular EV is kinda confusing.