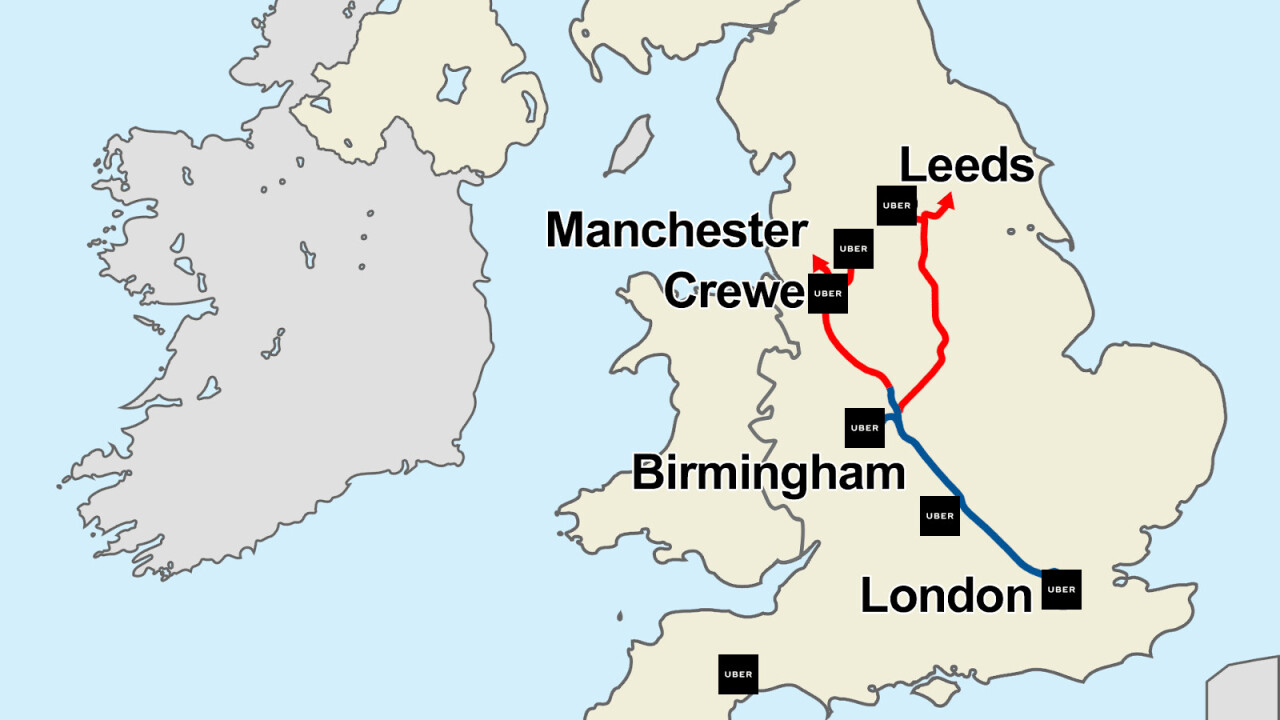 Even though it’s had its operating license revoked in London, England, Uber is still intent on burrowing its way into as many other corners of the country as it can.

Bloomberg’s Katharine Gemmell reports that the ride-hailing company has bought Autocab, a British company that specializes in making software for taxi firms. There’s nothing out of the ordinary here, tech companies acquire other firms all the time. This acquisition however, will increase Uber‘s UK market presence from 40 locations to up to 170 in one fell swoop.

Through integrating with Autocab’s UK systems, Uber users will be able to hail a ride from local taxi companies in markets that the Silicon Valley mobility company doesn’t currently operate in, such as Oxford and Exeter. The companies aren’t going to roll out in areas that Uber already operates.

Chances are, if you live in a busy metropolitan part of the country and it doesn’t have Uber yet, you’ll get it soon.

Autocab already operates in 29 other countries, so there’s the possibility that Uber might look to use this acquisition to enter other global markets, too.

Uber’s relationship with UK authorities has been rocky to say the least. It’s had its London license revoked numerous times, and it’s currently appealing the decision, again. Whilst it sorts out the legal side of things, it’s allowed to continue operating in the city.

It recently announced a deal with Thames Clippers, to let its app users book a seat on river crossings in the English capital.

Seeing as Autocab already operates across the UK, this acquisition shouldn’t cause any headaches for local authorities or Uber. It seems it just gives app users more opportunity to book taxis — that are already on the road — in more locations.

When you really think about it, this only really benefits people who refuse to pick up the phone to book a local cab the old-fashioned way and fastidiously rely on the Uber app to book a ride.

The terms of the deal don’t appear to have been published yet.