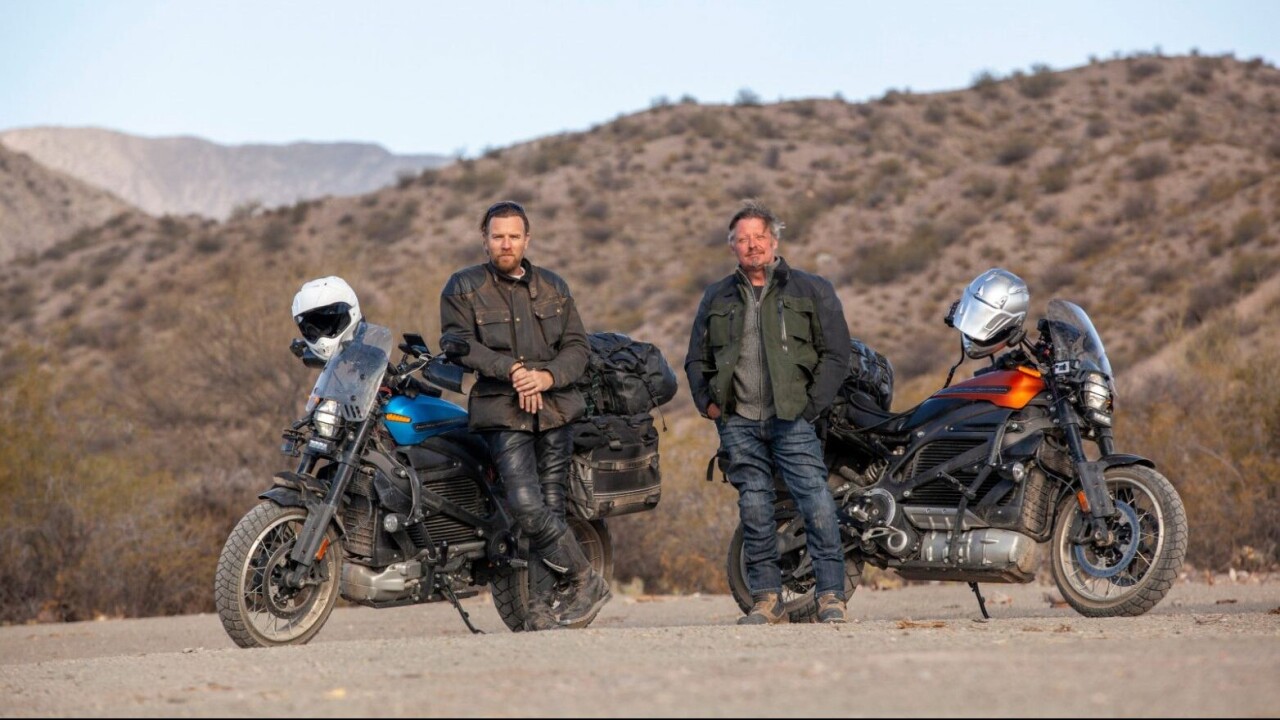 Apple TV+ has just officially announced a new show from actors Ewan McGregor and Charley Boorman, which will document their 2019 trip as they ride electric Harley-Davidson LiveWires all the way from the tip of South America to Mexico.

The show, called Long Way Up, will see the motorbiking duo cover 21,000 km (13,000 miles) over 100 days. Starting from the city of Ushuaia, McGregor and Boorman will encounter 13 countries and cross 16 borders on their way to the finish in Mexico.

I’ve no doubt that Boorman and McGregor will complete the journey with much humor and humility. Having already motorbiked around the world in Long Way Round, and from John O’Groats, in Scotland, to Cape Town, in South Africa, as part of their Long Way Down, they’re no strangers to this kind of expedition.

Both trips were recorded and released as multi-part documentaries, but it’s been over a decade since the last one, so honestly, I thought that was all we were going to get. I’m super excited to see we’re getting another series from the pair, and for it to be on electric Harleys, too.

Given the LiveWire has a range of about 140 miles, and they’ve got 13,000 miles to cover, Boorman and McGregor are going to have to charge up at least 90 times. Where exactly they can do that in the middle of nowhere in South America is anyone’s guess, but they have a trick up their sleeve.

The production and film crew that’s going to be following the pair will use Rivian trucks, which are capable of charging other smaller electric vehicles from their own batteries, to provide a safety net.

If you’ve never watched Long Way Down or Long Way Round, I seriously recommend that you do. Even for non-bikers, it serves up a tonne of interesting cultural curiosities, beautiful scenery, and unscripted comedy that leads one to dream in wonder about going on a similar adventure.

It’s one hell of journey on any form of transport, let alone electric motorbikes that aren’t even available to buy yet! But I’m confident that McGregor and Boorman have chosen a bike capable of the job.

During preparation of their Long Way Round global circumnavigation, the pair spent a considerable amount of time courting family-run Austrian off-road bike builder KTM in the hopes they’d supply vehicles for the trip.

KTM supposedly pulled out over fears the pair would fail and it’d be a bad advert for their bikes. There’s some debate whether that’s the whole truth, but the ordeal caused quite a stir in biker-land.

It’s safe to say Boorman was a little pissed off. In the end, they completed both trips on BMW 1200 GS bikes, and made it the whole way — with a few hiccups, of course.

Whatever the case, McGregor and Boorman are now set to make the shift to electric power. It’s going to be great to see how the Harley-Davidson’s live up to the abuse that will no doubt get thrown their way. Hopefully, the bikes will prove just how capable electric transport can be.

Long Way Up will have its global premiere on September 18 on Apple TV+, which is the only downside here. Hopefully, the show will find its way to other platforms in the future to give more people the opportunity to watch as I’m sure it’ll be a hoot.