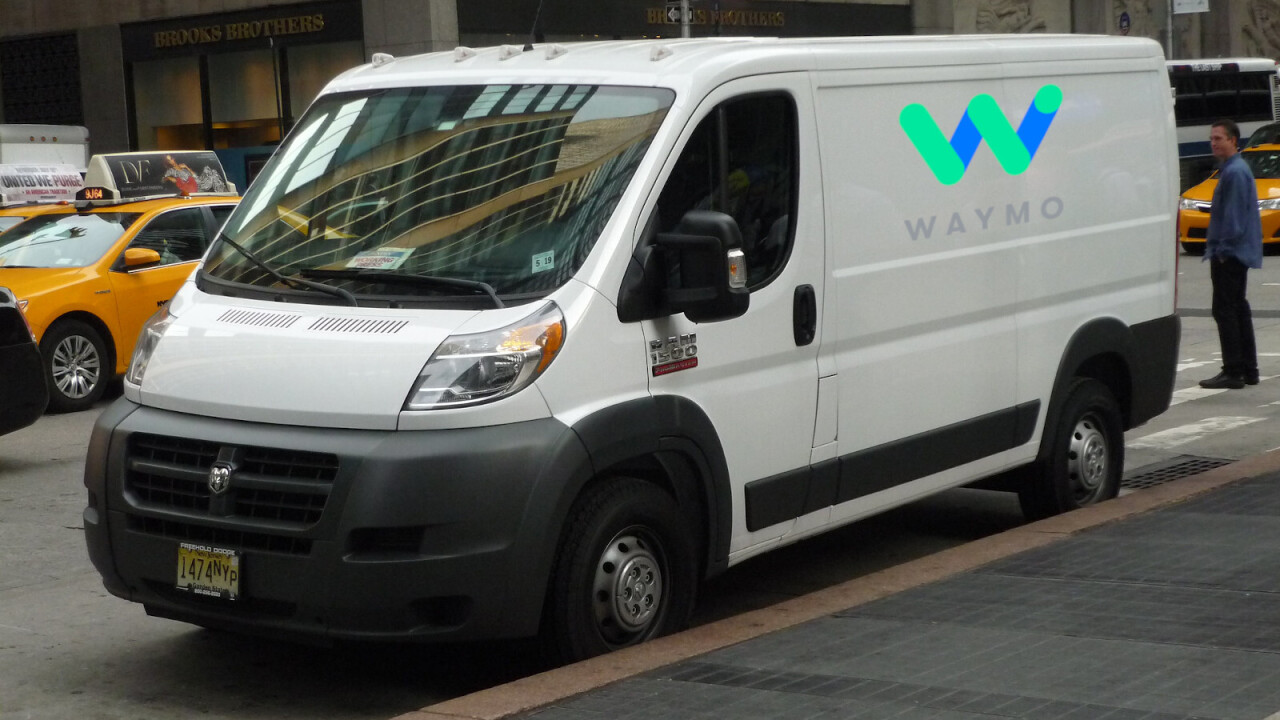 In an announcement today, FCA said that it has chosen to work with Waymo in its attempt to bring Level 4 autonomy to commercial vehicles. Waymo‘s L4 Driver will be integrated into FCA‘s Ram ProMaster light commercial goods van.

For those of you not in the US, or keeping up with the latest in light cargo vehicles (your loss, friendo), the Ram ProMaster is basically a Fiat Ducato panel van.

Fiat Chrysler has been supplying and supporting Waymo, Alphabet‘s self-driving arm, since 2016. At present, the two companies have worked to integrate Waymo‘s autonomous technology into Chrysler’s Pacifica Hybrid minivan, which makes up a majority of the Waymo One ride-hailing fleet.

While it’s too soon to say what FCA and Waymo will develop with the ProMaster, the announcement seems to suggest that it’s eyeing partially autonomous delivery vans.

Ecommerce giant Amazon made a $1.2 billion acquisition of self-driving tech startup Zoox earlier this month, which could lay the groundwork for it to offer some form of autonomous delivery service.

If this is the case, competition in the developing autonomous delivery market could hot up in the near future.

Back in 2018, Waymo unveiled the first driverless taxi service, called Waymo One. This service is only available to a select group of early adopters and is operational in a geo-fenced test area in Phoenix, Arizona.

Since then, the company has continued to move forward and earlier this year announced that it had secured $2.25 billion in its latest funding round.