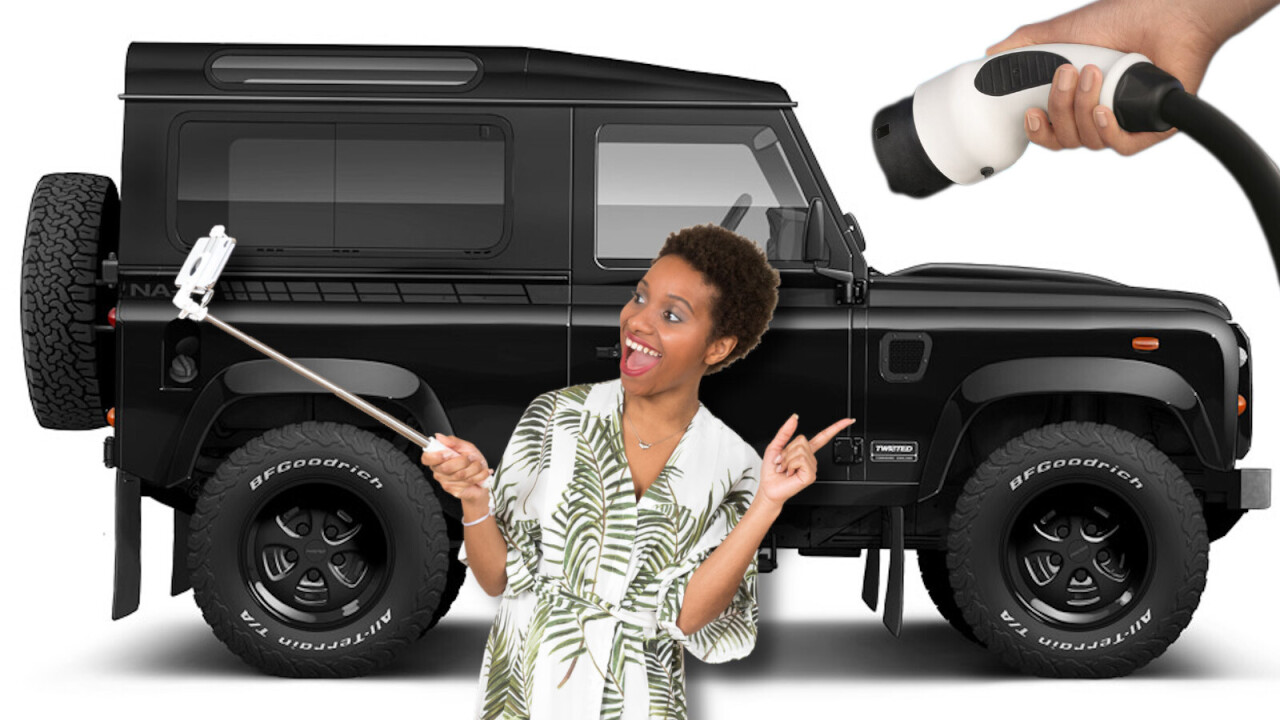 Despite not being anywhere near their modern counterparts in terms of engineering and emissions, there’s still something alluring about old cars. Perhaps it’s their simplicity, perhaps it’s their classic styling, or perhaps it’s because we only remember the good ones.

Whatever the case may be, there’s no denying that the new Land Rover Defender, the latest iteration of company’s most iconic and longest produced vehicle, is nothing at all like the old one. Beyond the name, the similarities become few.

That’s not a bad thing per se, the new Defender is probably the most capable off-road vehicle Land Rover has ever produced. It’s more refined than it’s ever been, and now comes with hybrid engine options to help cut down on emissions, which is obviously a big plus in this day and age.

[Read: Germans can get a Renault Zoe for free, thanks to beefy EV subsidies]

It’s just not the same as the rugged and utilitarian simplicity found in Defenders of old.

But what if I said you can have the best of both worlds — the efficiency and cleanliness of a fully electric drivetrain paired with the aesthetic appeal of a handsome farmhand?

Well, you can. Say hello to the Twisted NAS-E.

Yeah, I know, it looks exactly like the old Defender, but that’s why it’s so good!

Twisted, the company based in Yorkshire, UK that specializes in modding old gas powered Land Rover Defenders and makes these things, has recently set up shop in Virginia in the United Sates.

That Virginia shop says it will soon depart from offering only V8 Defender restorations and will offer the all-electric NAS-E version, Car and Driver reports. It’s unclear where the company got the name NAS-E from.

But wait, the Defender went out of production in 2016, so how is Twisted selling them now? Don’t worry, the Defender tuning company spent some $10 million to buy 240 of them before Land Rover called time on the vehicle‘s production. So it’s got a whole stockpile waiting to be tuned and modded to customer demands.

The NAS-E has been developed in collaboration with Plower, a Dutch company that also specializes in EV conversions.

Twisted has done away with the Defender’s original drivetrain and transmission, replacing it with a single motor and 60 kW battery that it says is good for 200 miles (around 322 km) of range.

In its standard guise, the NAS-E will be equipped with a 214 bhp motor, but if you’re willing to splash out you could opt for a 320 bhp unit.

The company has kept the Defender’s high and low range box, though, so you can still drop to an easy gear for off-road driving and get even more performance out the motor.

Twisted is going to offer the EV conversion in the US soon, starting with a short-wheelbase soft top variant. It’ll come in either: Malibu Yellow, Yosemite Green, or Tahoe Blue.

Lunaz’s EV conversion of a classic 1950s Jaguar XK120 is another great example of taking an icon and breathing new life into it with modern tech. It’s a visually stunning car, will none of the maintenance or emissions drawbacks of owning a classic. But like the NAS-E, it’s not cheap, with conversions starting at around $400,000.

There’s something about EV conversions that just “clicks for me.” The idea of having a modern, reliable, and clean drivetrain in an otherwise period correct vehicle is quite alluring to the eco-conscious car enthusiast.