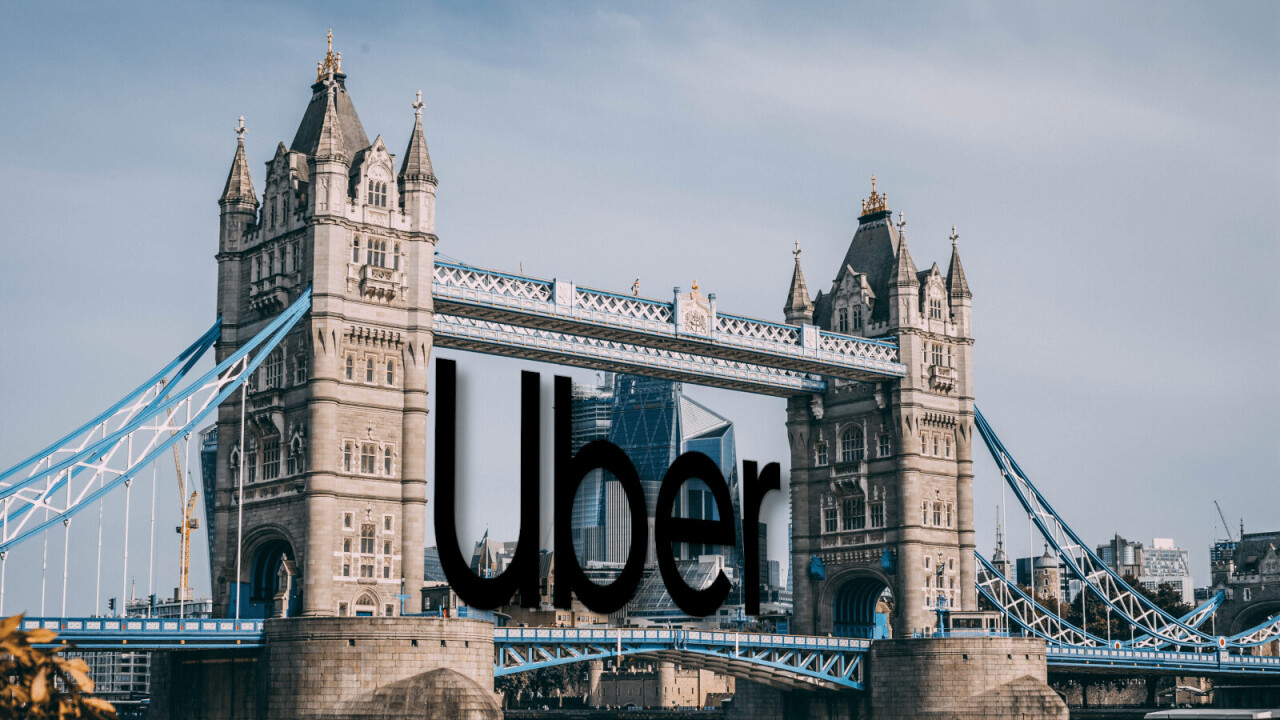 This summer, Uber is launching its first water-based taxi service on the Thames river that runs through the center of London. However, it still hasn’t had its taxi cab operating license  for the city renewed after being canceled by regulators last year.

The American ride hailing company is going to work with Thames Clippers, a company that already runs river bus services on the city’s river, to provide the service. As with its other services, Uber is leaving the actual driving to someone else.

According to various reports, the two companies will collaborate to offer commuter boat taxis that can be booked directly through the Uber app. It’s not exactly like Uber though, booking through the app is the equivalent of buying a conventional bus ticket — the boats will still operate on a predetermined timetable.

Offering fixed schedule transport is a bit of a first for Uber. Typically, users will be more used to booking a taxi for when they need it, rather than having to work around the transport provider’s schedule.

Uber will get the naming rights to all of Thames Clippers’ 20 vessels. As a result, the boats and piers used to provide the service will be Uber branded and called “Uber Boat.” The company won’t be getting a monopoly on the service, though.

Passengers will still be able to buy tickets through other outlets, like Thames Clippers’ website, and the boats will still be part of the city’s Oyster card (tap-in, tap-out) contactless travel payment scheme.

The Guardian reports that Thames Clipper and Uber will enter into a formal partnership this summer, which is expected to last three years.

It’ll certainly make it easier for some to book the Thames Clipper using the Uber app, but not a huge amount is going to change for passengers. The most noticeable change will be the naming and branding, which could be an attempt by the ride hailing giant to maintain a visible presence in the UK’s capital amid challenges it faces with its conventional taxi cab platform.

The company is currently appealing the TfL’s November 2019 decision to cancel its operating license. In a BBC report, the transport regulator cited a “pattern of failures” that made the platform a concern for passenger safety.

Uber has offered on-demand boat services in places like Croatia and Nigeria, but these were small operations in comparison to the volume of passengers that will be carried in London.