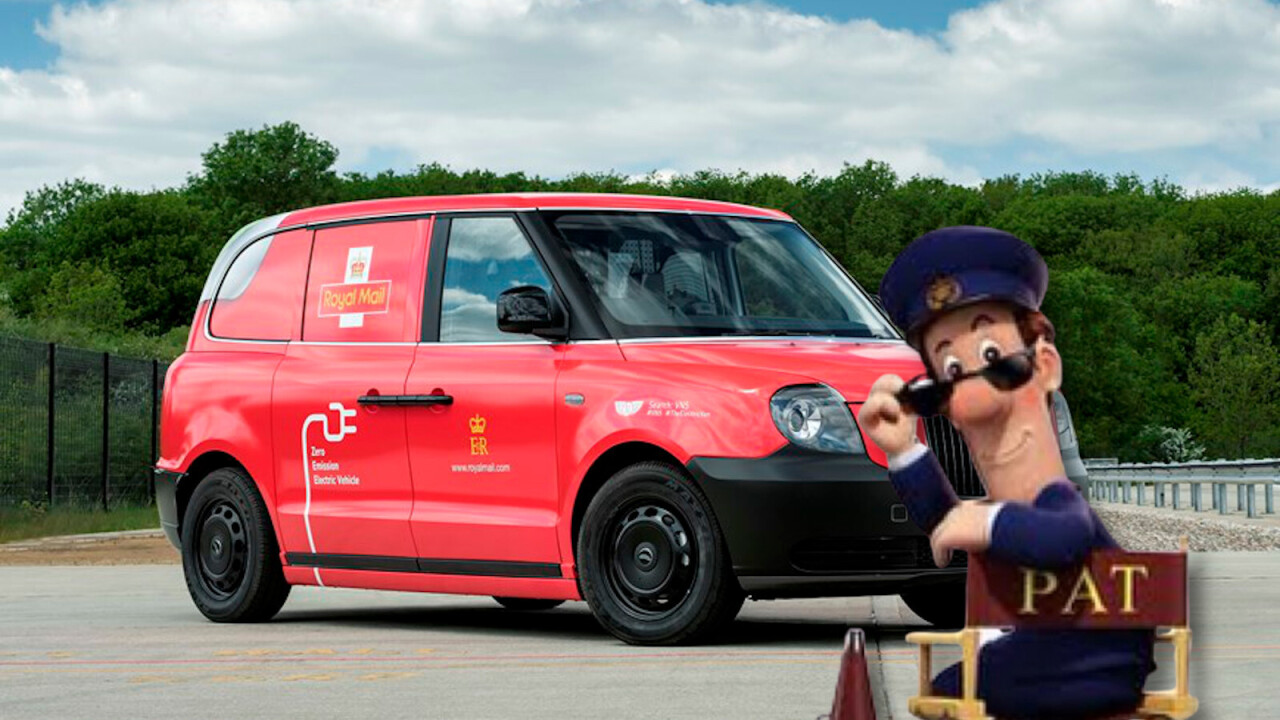 What’s the difference between taxi drivers and mail delivery people? According to the UK’s Royal Mail service, not a lot it would seem.

The United Kingdom’s Royal Mail is set to trial an electric delivery vehicle based on the London Electric Vehicle Company‘s (LEVC) electric black cabs. In an announcement made earlier today, the postal service said that it will test one of the vehicles in urban locations including: Birmingham, Derby, Leeds, Edinburgh, and Bristol.

Hockley, in the Birmingham suburbs will be the first to see the electric van as trials begin later this week.

The new post van is based on the LEVC VN5, a commercial variant of the company’s electric reimagining of the classic British London taxi cab, which is set to launch officially later this year.

Royal Mail says the stop/start nature of taxi journeys is actually pretty similar to the type of driving vans are subject to on a postal route. The van also has the same tight turning circle as the TX, which should help it navigate the narrow streets of some housing estates.

It seems that the Royal Mail’s test actually forms part of larger trial supported by LEVC and 24 other companies that are looking to switch their commercial fleets over to green energy.

The Royal Mail says this trial will help it understand how it can clean up its delivery routes using electric vehicles.

In the UK, most postal vans are used to complete a set route before returning to sorting centers to load the next shipment of deliveries. The vans also don’t usually operate overnight, so there’s plenty of time for them to charge-up during their time at the depot.

However, there’s one thing that’s got me scratching my head.

The LEVC TX taxi cab that the VN5 is based on isn’t a pure electric vehicle — so the Royal Mail’s choice of calling this a “zero-emission” vehicle is confusing.

It’s actually a type of hybrid, which has a decent size battery capable of 63 miles (around 101 km) of range, and a small 1.5 liter petrol engine used as a generator to charge the batteries on the fly — this system is called a range extender in the business (it was an option on the original BMW i3 as it happens).

In total, the LEVC TX has a range of around 300 miles (around 483 km), but it’s not totally emission free. It’s worth noting that range extender EVs still pollute way less than comparable petrol vehicles, and are still classed as ultra low emission vehicles, so it’s a sensible step in the right direction.

The Royal Mail already has 295 electric vans too, so it’s taking steps to clean up its delivery routes.

The hybrid system will provide the Royal Mail with a level of flexibility not afforded by pure electric drivetrains. Meaning that drivers can save battery charge for when they get to urban areas, and drive on the range extender when driving at higher speeds when electric power is less efficient.

A spokesperson from LEVC told TNW that the range extender is not mechanically attached to the wheels, and only generates enough power to maintain charge. The car cannot be charged from this system and must be plugged in to a proper charge point to charge.

Drivers can choose to drive in PureEV mode, and when they do, the vehicle is completely emission free. It’s also the cheapest way of driving the vehicle, so think of the range extender as a get out of jail-free card (which is probably a good thing, we wouldn’t want to miss our mail now because the van ran out of charge).