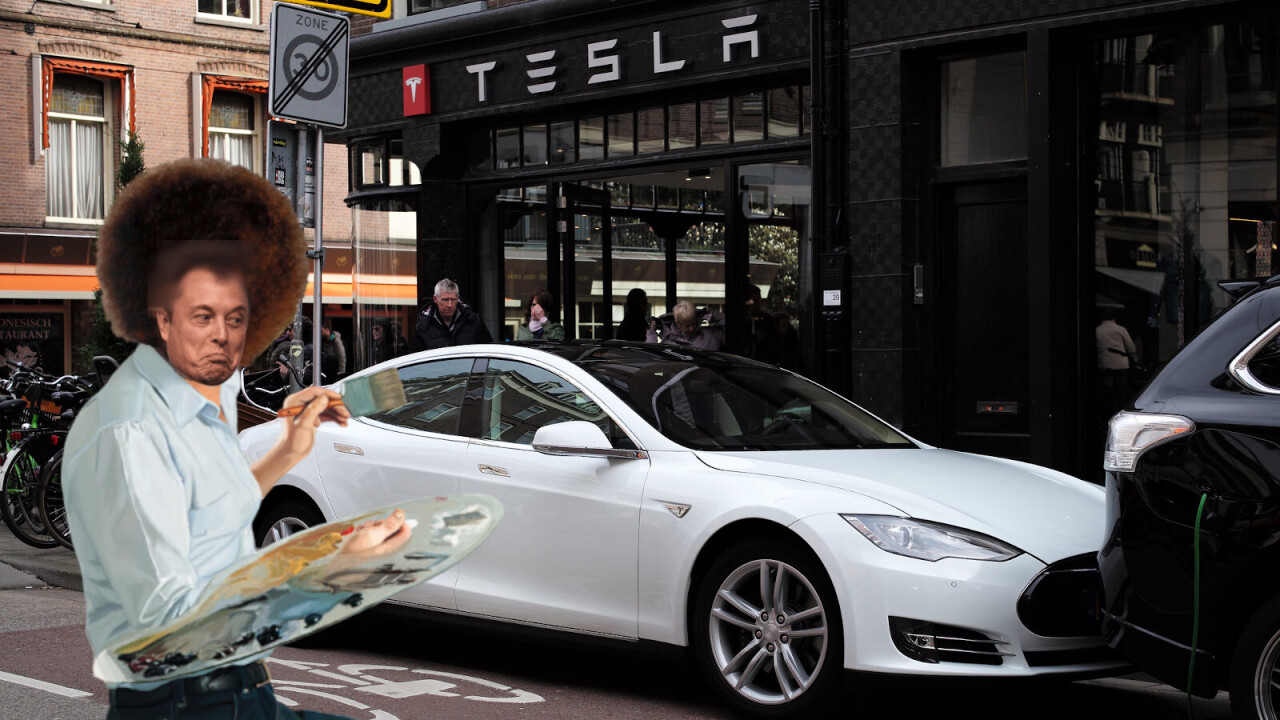 When it comes to vehicle reliability, it’s not been a good week for Tesla. There’s been reports that the electric vehicle maker knowingly sold cars with faulty battery packs, and in a recent industry survey the marque ranked very poorly for build quality.

Let’s start with the battery packs.

According to a Business Insider exclusive, Tesla reportedly shipped 2012 edition Model S’ with battery packs that had leaky cooling systems, which could in some extreme cases lead to fires. The report chronicles how the EV maker knew that its battery packs weren’t up to par and, despite employee concerns, continued to plow on with production anyway.

[Read: The Segway is no more. Bachelor parties of the world, pour one out]

The problem is with an aluminum connector that affixes to the end of the battery’s cooling matrix. It’s reported that the alloy used was susceptible to pinholes and cracks. It also seems that it wasn’t manufactured to a high enough tolerance and was a poor fit — production line employees reportedly had to use force to make it fit tightly.

As a result, this fitting was prone to leaking coolant into battery packs. If this happens, it can render the battery pack useless.

Third party experts on the matter said the coolant itself isn’t flammable. However, when it dries the evaporating residue can be a cause for concern and can ignite in the right circumstances.

Perhaps the main concern though, is that it’s not clear when, or even if, Tesla changed its design to prevent the leakage. According to BI, the issue came to light after a number of Tesla owners reported their vehicle‘s range had been restricted by a software update, which was designed to mitigate stress on the battery and reduce the risk of it failing.

The only silver lining here is that Tesla offers an eight year or 150,000 mile warranty on its battery pack and drive unit, which should cover manufacturer defects such as this.

Over the years since its launch, Tesla has come under scrutiny for its vehicles randomly catching fire. According to this roundup from The Drive, most of the fires were in Model S’. It’s impossible to say if the leak detailed by BI was to blame, but it goes that if batteries can’t be cooled properly they do pose a fire risk.

If this news wasn’t bad enough, a recent study in the US from consumer intelligence firm JD Power found that Teslas rank as some of the worst vehicles for reliability in the country.

The TL;DR of JD Power’s study: new vehicle quality is mainly dependent on trouble-free tech. In other words, don’t buy something that’s bleeding edge and buy from a mature company. It’s worth noting that the survey is built on problems that owners actually deem worthy of reporting.

Compared to other vehicle makers in the US, Tesla owners reported more problems with their cars than any other brand in the first 90 days of ownership. Though, it should be noted, that unlike the battery problem above, most of the issues reported in this study relate to non-mechanical elements, such as paint, body work, and general component fit tolerance.

It should be noted that Tesla wasn’t officially included in the survey as the company didn’t let JD Power gather data from its owners in all states where it’s required. “However, we [JD Power] were able to collect a large enough sample of surveys from owners in the other 35 states and, from that base, we calculated Tesla’s score,” said Doug Betts, president of the automotive division at J.D. Power.

Honestly, if JD Power did have access to all states, I doubt the situation would have improved for Tesla.

If you’ve followed Tesla for while you’ll know that paint quality is a recurring issue. There are countless videos on YouTube of new owners giving their first impressions, and things like scuffs, thin patches, imperfections, and blemishes are common.

Earlier this month, Tesla owners in Canada lodged a class action lawsuit over the poor paint quality on their Model 3s. In cold places where salt is used on the roads, owners reported paint degradation near the wheel arches of their cars. Tesla now offers an all-weather protection kit for vehicles sold into cold, harsh climates.

Despite the long term paint issues, Teslas, particularly the Model 3, have still sold in their thousands. In 2019, Tesla sold more of its entry level vehicle than in the previous two years combined. While paint might not be perfect, it seems people don’t care that much.

It’s not clear what Tesla intends to do about these issues. As ever, the EV maker didn’t respond to BI’s request for comment.