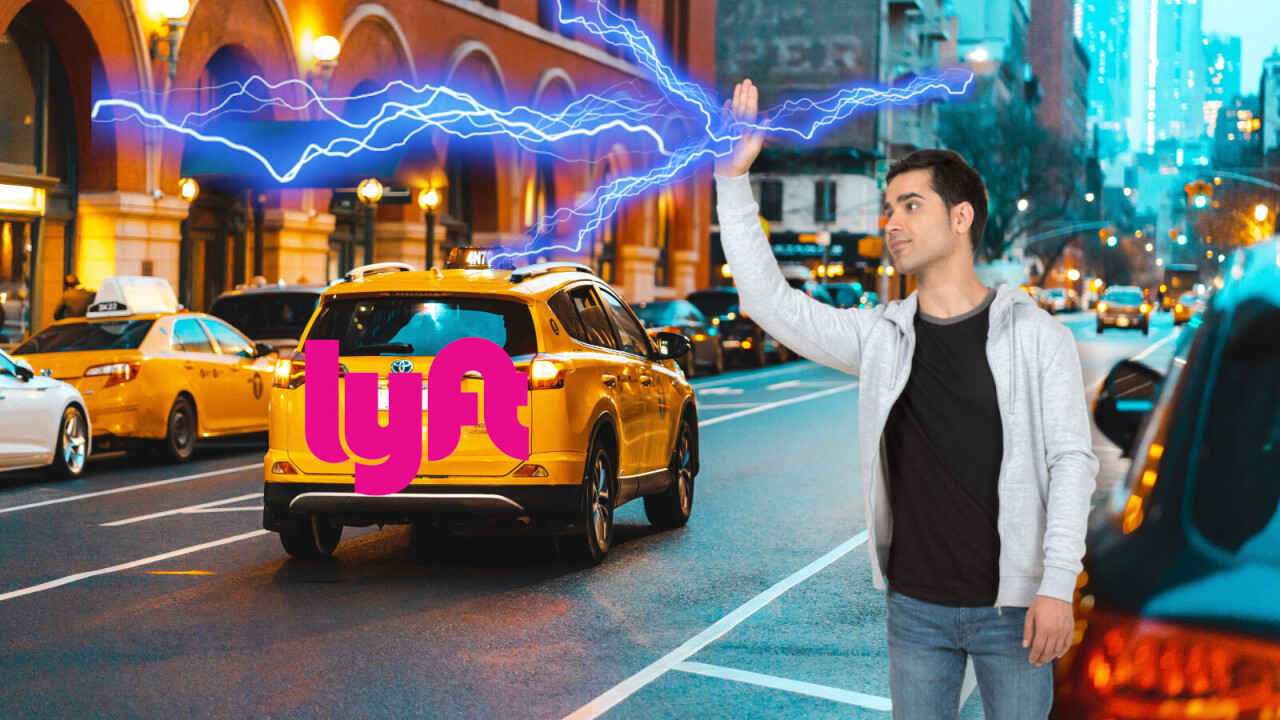 Last night, ride-sharing company Lyft announced that all its vehicles will be powered by electricity within the next 10 years. The details remain thin and nebulous, but ultimately it could be a good thing.

The statement of intent is positive. There’s a growing body of research that suggests ride-share trips are more polluting than conventional car journeys, because of how many miles ride-share cars drive between passenger journeys. All things considered, ride-share journeys end up being more polluting as a result.

There’s also a growing group of people petitioning to get all ride-hailing providers to pivot entirely to clean zero-emission vehicles. It’s definitely a welcome move.

As Lyft highlighted in its announcement, vehicle emissions are the largest contributor to emissions in the US and it recognizes the role it plays in adding to these pollutants.

Lyft is going to start with the quick wins by swapping out all its short term rental vehicles on Lyft Express for electric powered alternatives — these are vehicles the company already owns. This should be relatively easy, but from here, it’s going to get a bit more difficult, as Lyft will have to support, convince, or encourage its drivers by other means, to swap their vehicles for zero-emission cars.

Here’s the problem: Lyft classifies its drivers as “independent contractors,” which absolves them of a lot of employer responsibilities and control for that matter. So drivers might be left to make the switch on their own.

In recent months, the ride-sharing company has come under increasing pressure in California to comply with the newly passed AB5 legislation that requires gig-workers to be classified as actual employees with benefits.

Lyft, along with industry compatriots Uber and DoorDash, have continually contested the regulations, and claimed that most of its drivers are actually happy with their status. Last week, California regulators threatened that the companies could face hefty fines or even closure if they failed to comply with AB5.

Given their “independent” nature, Lyft drivers use their own vehicles, and are free to use their own car so long as it meets feature and safety requirements. They’re also responsible for their upkeep.

Presumably, Lyft can change its vehicle requirements to prevent any new drivers joining the platform unless they are driving an approved electric vehicle. How Lyft is going to get its current drivers into EVs is less clear.

If drivers were fully contracted employees, Lyft would have far more flexibility over contractually and financially encouraging their transition to EVs. However, because they’re “independent,” Lyft will have to work harder to provide incentives and make the switch profitable for drivers, or they’ll have to find ways to force the switch, which won’t go down well at all. If it doesn’t go well, the push to EVs could put additional focus on how Lyft classifies its drivers.

At present, EVs are typically more expensive to purchase than their combustion engine counterparts. Eventually, that cost saving can be recouped through lower fuelling and maintenance costs, but it could put a strain on drivers that can’t afford the initially outlay.

However, the 10-year deadline buys the company a lot of time. In 10 years time, more manufacturers will offer affordable electric vehicles. Every year, batteries (the biggest cost for an EV) are getting cheaper. In fact, Tesla’s upcoming battery technology is expected to make some of its EVs as affordable as similar combustion vehicles.

While charging infrastructure will have improved in 10 years time, most Lyft and Uber drivers only cover a modest 200 miles (around 322 km) per day, so range anxiety shouldn’t be a problem on the regular.

Lyft competitor Uber has also been taking steps to get its drivers into electric vehicles. In the English capital of London, Uber is subject to various emissions regulations, in short, it costs money to drive a polluting vehicle in the city center. The UK is also going to ban the sale of new combustion vehicles by 2035, so by then, drivers won’t have much choice.

Since January 2019, Uber has been applying a 15 pence-per-mile fee for any journeys picked up within the M25 (London’s outer ring road). It says the money raised will be invested back into getting drivers into electric vehicles.

TNW has contacted Lyft for more specifics on how it’s going to help drivers make the switch. Right now, there’s not a lot to worry about because of the 10-year deadline. By then, EVs will be cheaper, charging infrastructure will have improved dramatically; maybe Lyft won’t have to do much at all because most of its drivers will be in EVs already but it wouldn’t hurt if it took a proactive approach to supporting its drivers rather than leaving them to their own “independent” devices.

Update, Friday, June 19, 2020: Lyft provided TNW with a whitepaper outlining its plans for changing all its cars to EVs, click here for more.

In short, Lyft will try to leverage its size to get its drivers discounts on EVs. The ride-share company says it will advocate for local, state, and federal EV incentives to make them a more realistic proposition for its drivers.