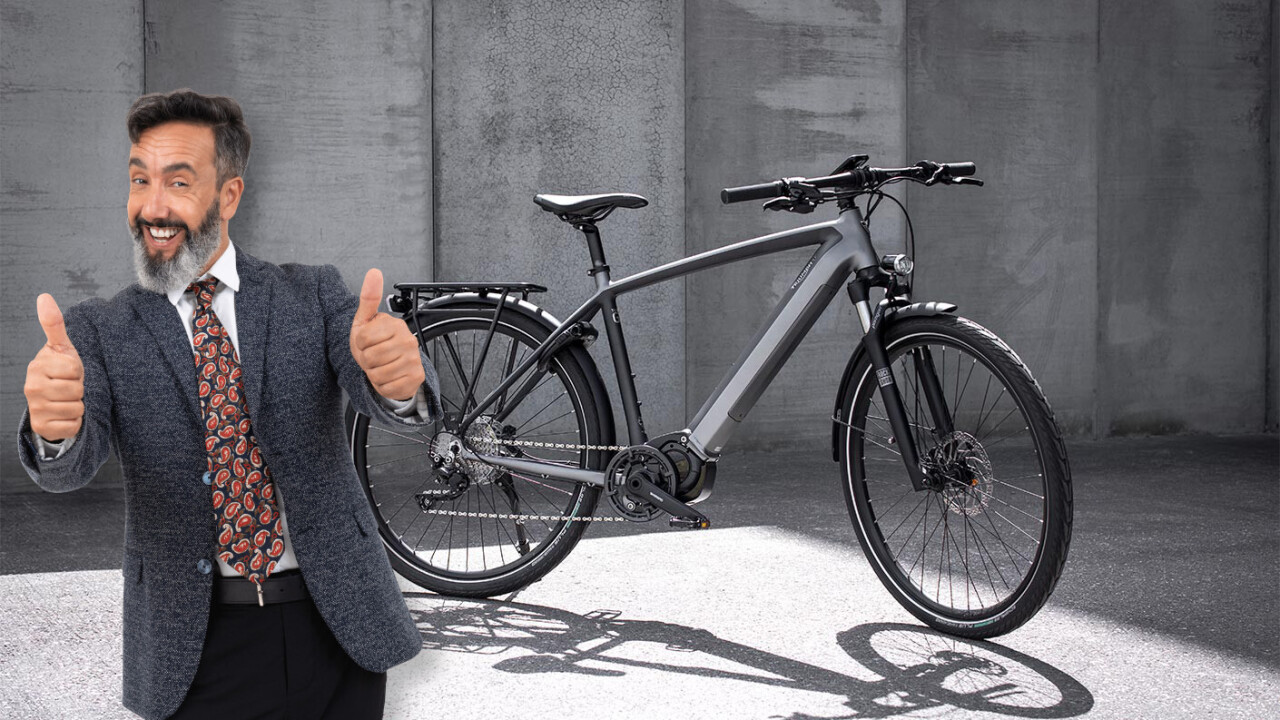 In a departure for its normal line of business, an iconic motorcycle maker from Britain has just stuck its name on an ebike — but there’s still no word on an electric motorcycle.

Today, Triumph launched its Trekker GT, a surprisingly well-equipped ebike. I say surprisingly because car and motorbike makes have done this kind of thing in the past. Usually, they pick an off-the-shelf frame, throw on some off-the-peg parts, and slap their brand name on it. Triumph’s Trekker GT, though, appears very well-thought-out.

The Trekker GT comes with an alloy frame, with internal cable routing for a clean appearance and to keep the cables away from dirt. It has decent front suspension from RockShox, and tires from Schwalbe. I recently rode some heavy-duty commuting tires from Schwalbe on the Muto ebike, and was impressed by their speed and smoothness.

There’s also integrated front and rear lights and a rear-wheel lock from Abus. These kinds of locks are popular as they provide a quick and secure method of securing your bike — add another chain lock to double lock your bike, a strategy popular in places like Amsterdam.

But the icing on the cake is the Shimano, mid-mounted electric motor. Gears and brakes are also from the Japanese bicycle component giant. The motor can provide up to 250 watts of additional power, that’s like having a decent cyclist pushing you along.

Perhaps the only downside is the price: it’s $3,750. While that’s certainly not cheap, the price is inline with other similarly specified bikes.

It’s not uncommon for automakers to release bicycles. Usually the two-wheelers fall into one of two categories: cheap bicycle shaped objects to sell as branded merchandise, or exorbitantly expensive custom-developed machines designed to demonstrate engineering prowess.

Sometimes the creations are ugly as sin, take these for example. But sometimes the automakers just get it right, and I’d say Triumph has hit the nail on the head with its Trekker GT.

It’s now the perfect time for a fully electric motorcycle, if only Triumph would pull its finger out.

The British motorbike maker announced its electric TE-1 concept last year, but little seems to have happened since then. Hopefully the Trekker GT is just a two-wheeled stepping stone on the way to something a lot more Triumphy.