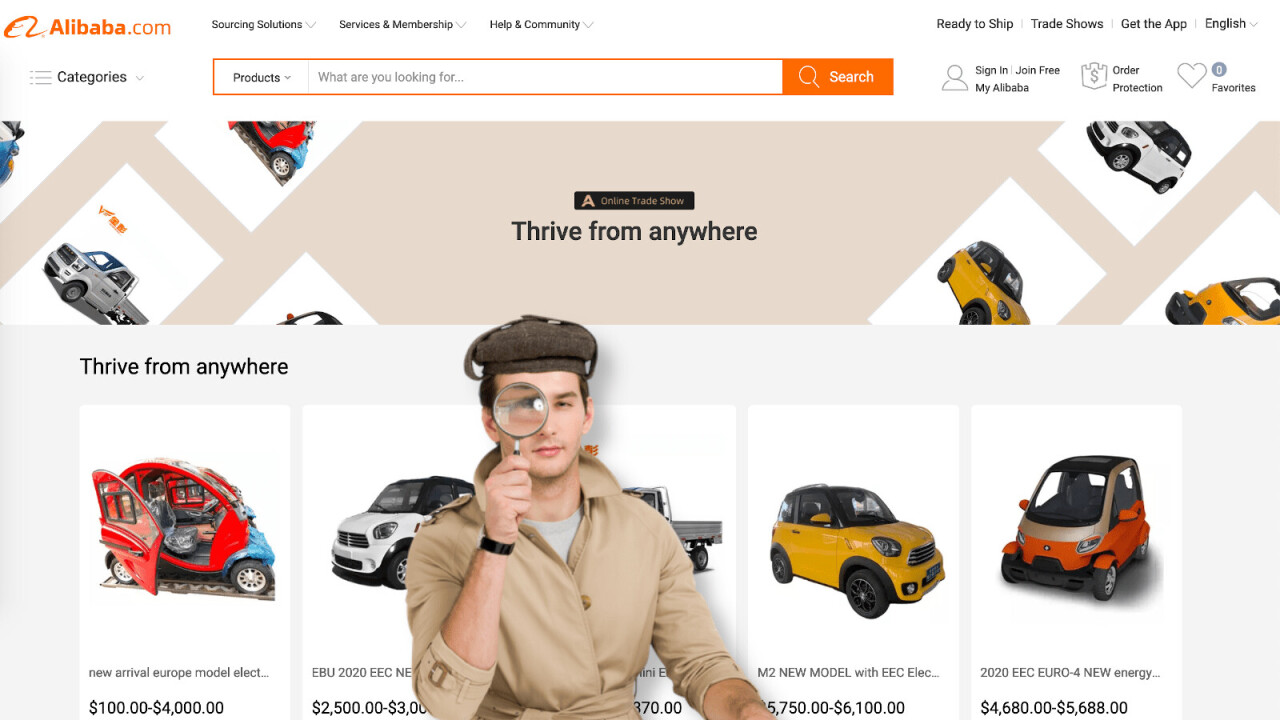 Tesla CEO Elon Musk often tweets about how you can order one of his vehicles online in just a few minutes. Many other well-known brands are following suit with this distance selling model, but Musk is far from the first to sell a car online. Alibaba has been selling mail-order cars for ages — electric ones at that.

Last week, Jason Torchinsky, senior editor over at Jalopnik, did an unboxing of the Changli, a low-cost tiny yet deceivingly spacious all-electric car that cost around $1,200. You can read more about that here, but it got me thinking: what other zero-emission delights are sitting on Alibaba, just waiting for me to buy and love?

Turns out, there’s a ton. Here are some of my favorites, and yes, I want them all.

Up first, we have the Xinling Model X-1, a two-person ride that’s got some similarities to the Changli but appears to be a little more refined. Rather than a bench seat, you get full size car seats with headrests. The doors also pivot open from the rear, kind of like a suicide door, which gives acres of loading space — a boon for shopping mall car parks.

Xinling claims its X-1 has a range of around 60 km (around 40 miles) when driving at an average speed of 40 kph (25 mph). That’s literally a tenth of the quoted range of a Tesla Model S, but it costs about 90% less with fully specced models costing up to just $4,000 — chew on that, Musk. One issue is that it runs on old-school lead-acid batteries, which can be dangerously corrosive if they start to leak. But they are hella cheap.

Before you say anything, yes it kinda looks like a Renault Twizy, but that’s a wonderfully cute futuristic looking city car, so I don’t see that as a bad thing at all. But the notion of the X-1 looking like something else will be a common theme here…

Next up is the M2 from Today Sunshine, yes that’s the brand name. Putting that to one side, we’re stepping into the big leagues now, because this car has air conditioning, central locking, parking sensors, LED lights, Macpherson front suspension, and some kind of Android-based in-car entertainment system. All for around $7,000; pinch me because this can’t be real.

The M2 also has significantly more range than the X-1, with 120 km of quoted range. Again it’s based on lead-acid batteries, but we are still on a budget here. The best bit though, is that its rear-wheel drive could make it the perfect car park drifting machine. That’s assuming racing round in low-cost electric Chinese imports is what you’re into.

Again, yes, it does look like another popular small European car which has just brought out an all-electric model too. Imitation still is the sincerest form of flattery, right?

BD Cloud or an Isetta?

Don’t believe me? Just compare the images. What’s more, BD Cloud even references the Isetta. However, beyond the paint scheme and the color of the vehicle, there aren’t many more similarities. The BD Cloud is longer, wider, has more doors, and is electric. It could be yours for somewhere around $7,500.

Even so, it’s yet another wonderfully cute little thing. China really seems to have nailed making cars that have personality yet remain totally inoffensive in terms of design. There are no harsh angular spoilers, or aggressively styled body panels here, it’s all smooth and classically influenced here.

If you like this kind of thing, check out the rest of BD Cloud’s range, because it specializes in reimagining classic cars and trucks as modern electric vehicles.

China is the world’s largest producer of electric vehicles, and makes everything from these cutesy little things through to fully fledged sedans with performance figures that compare to the likes of Tesla.

We’re only really scratching the surface here, we haven’t even looked at the electric motorbikes, off-roaders, or commercial vehicles yet. There are literally hundreds more small cheap electric vehicles on Alibaba.

Honestly, I’m kind of envious that China has so much choice. That said, if you’re willing to take the risk of buying mail-order and shipping it all the way from China you could get any of these electric cars for yourself. It’s also worth noting that these cars are largely unproven, and we can’t say anything about their reliability.

But if Jalopnik’s unboxing is anything to go by, they are actually way better for the money than you might think.