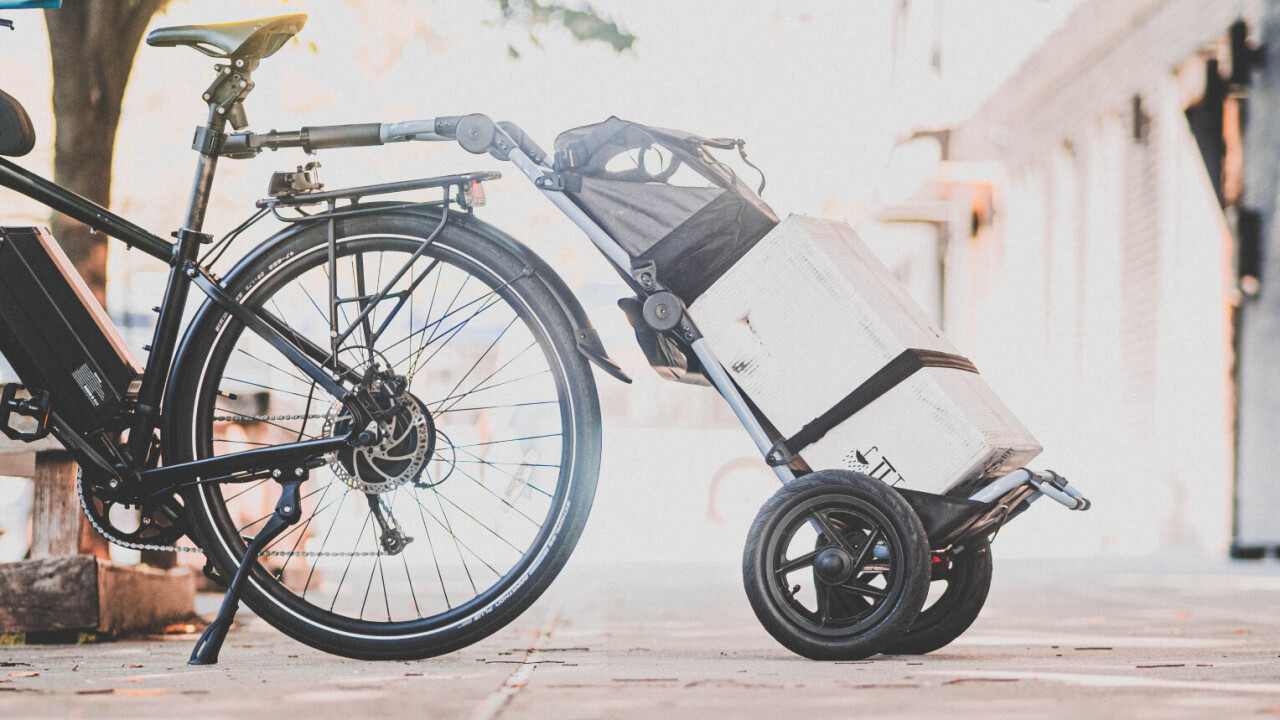 If you ask me, every e-bike should be able to carry some cargo.

Some cyclists do everything to minimize the weight and maximize the aerodynamics of their two-wheel machines. But as someone who uses e-bikes as veritable car (and subway) replacements rather, I need to be able to run most of the errands I’d regularly do using a larger vehicle.

The Burley Travoy makes it so I needn’t have to choose. An ingenious cross between a bike trailer, a handtruck, and a granny cart, the Travoy has helped me haul all sorts of things I’d never imagined I’d be able to carry on a bike — from several weeks worth of groceries to large packages and even some furniture. At $300, it’s a pricey add-on, but if you ever carry anything more than a bag or two of groceries, its incredible versatility and clever design make it well worth the price.

(Note: I started testing the Travoy months ago, but during the process of this review, Burley released and sent over a new model with several improvements. I’ll mostly be referring to the newer model, but most of my impressions reflect both.)

Bikes trailers have been around forever — Burley itself has been making them for over 40 years — but they are usually bulky attachments that present particular challenges for city dwellers.

Though many fold up, they still take up a large amount of space in a small apartment. Their bulkiness makes them a pain to maneuver through a hallway, and makes them more unwieldly navigating among congested traffic. Moreover using them to haul cargo means having to leave them outside stores, making them a potential target for thieves.

It changed my shopping habits. I went from doing small frequent shops at nearby limited and expensive markets to buying several weeks of groceries at locations further away.

I also used my bike to ship and pick up large packages rather than calling a cab. Sometimes, I didn’t even use it with my bike at all. I often used it as hand truck for taking my laundry across the street, or for picking up hardware from the Home Depot a couple of blocks away.

What perhaps surprised me the most about the Travoy is how stable it is when loaded with cargo.

I used the Travoy on a few bikes, but mostly on the Juiced Bikes CrossCurrent X, a powerful e-bike that has no trouble hauling the cargo up hills. Despite its power, filling up large panniers and a front basket with weeks of groceries makes for a bit of an unstable ride. Turning requires extra care to keep myself from losing my balance due to the additional, often uneven load — my anxiety heightened above the usual on city streets.

With the Travoy, the experience is the opposite; the two wheels and tilted angle keep it stable from the outset, and adding more cargo only makes it more so. Over several months of usage, I never felt like I was at risk of having cargo tip over or compromise my stability. If anything, the extra wheels helped my bike feel more stable.

There are some caveats to keep in mind though:

All things considered, these are minor caveats. The Burley Travoy helped me carry more than I ever thought possible with an e-bike, and it makes for a handy shopping cart too. At $300 it’s a pricey investment, but it’ll pay for itself over time with the money you save calling cabs for those heavy loads.

The Travoy is available from Burley.com for $299.99 in Black and ‘Cool Grey’ colorways (Cool Grey is featured in this review). For the same price, a limited-edition blue color, shown above, is available in partnership with the PeopleForBikes, a bicycling advocacy group. Burley will donate $30 to the PeopleForBikes Community Grant Program with each blue Travoy sold, funds that help advance projects for cyclists in the United States, including bike paths, trails, and other initiatives.