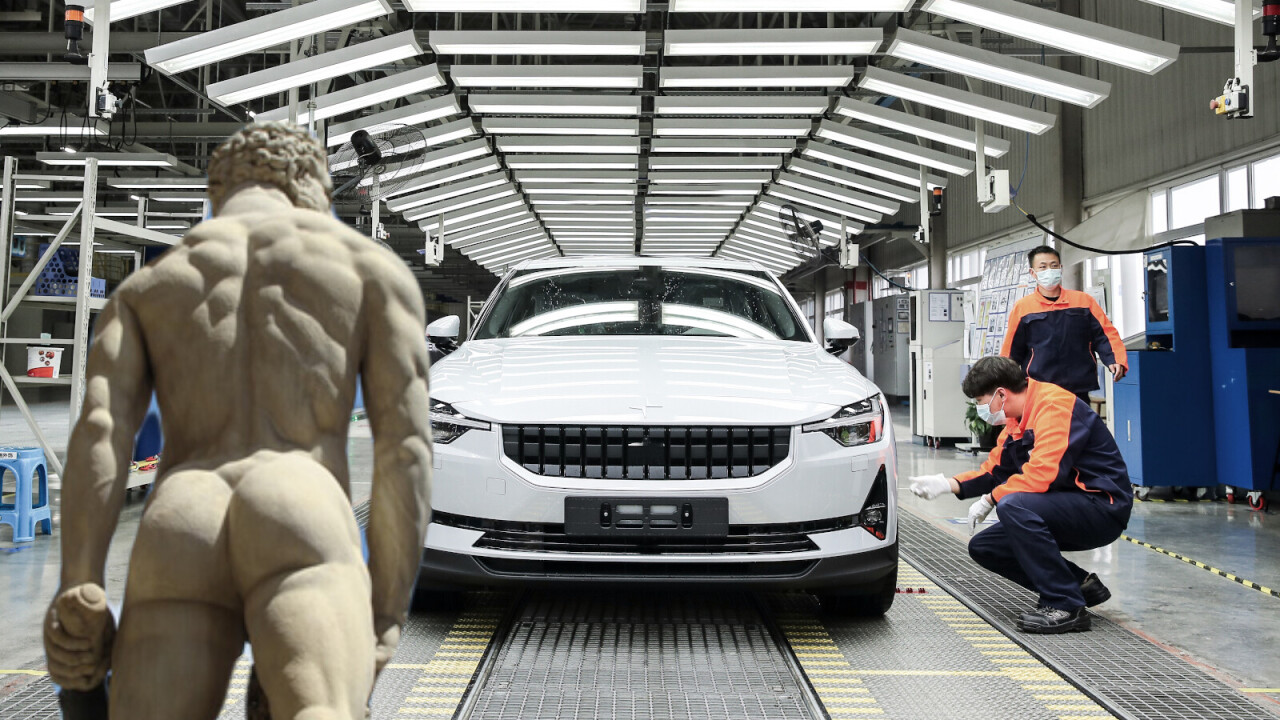 Earlier today, Volvo subsidiary and electric vehicle maker Polestar held a public webinar to highlight some of the features found on its new all-electric Polestar 2 vehicle. As it turns out, there is no ignition, or start button, but you turn the car on with your, ahem, posterior.

During the webinar, product manager Beatrice Simonsson demonstrated how Polestar 2 drivers can seamlessly approach the vehicle, get in without having to use a key, sit down, place their foot on the brake, select drive, and take off. All without actually having to manually turn the car on.

Sure, electric vehicles don’t require ignitions in the sense that internal combustion engine vehicles do, but most still have some sort of “start/stop” or “on/off” button that’s used to initiate startup procedures or put the car to sleep.

However, the Polestar 2 has a weight sensor in the drivers seat that serves a similar function. There’s no real startup procedure to speak of either, as the car starts up as the driver approaches. It’s ready to go as soon as the driver safely seated and their door is closed.

It might sound amusing, but according to Polestar it’s all designed to make the experience of driving the car smooth, simple, and safe.

Being a subsidiary of Volvo, it should be no surprise that Polestar is so focused on passenger and pedestrian safety. The Swedish carmaker has long been known for its emphasis on safety. In 1959 Volvo was the first consumer vehicle manufacturer to equip its cars with three-point seatbelts as standard.

Despite the coronavirus pandemic, Polestar began manufacturing its vehicles back in March this year. In a statement at the time, it said that it had taken various measures to ensure the safety of its staff.