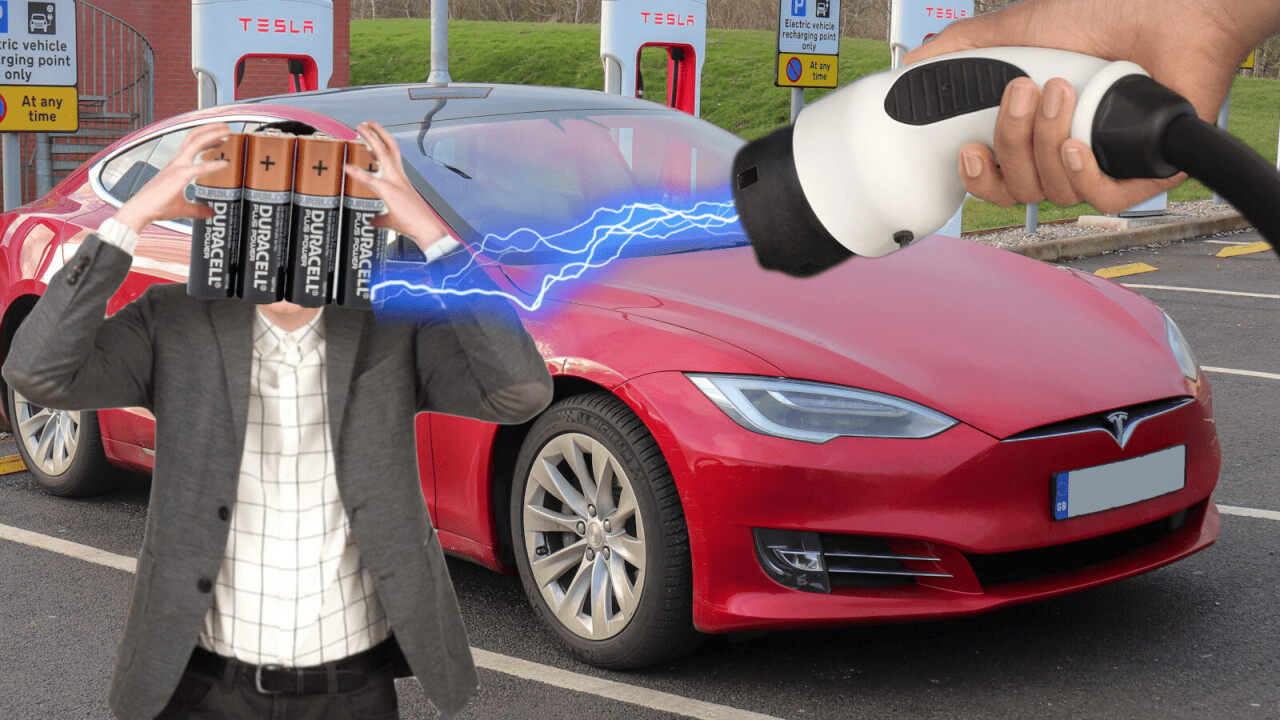 Update, 22/07/2020, 0644UTC: It’s come to our attention that there were a few mistakes made in the vehicle tear down. The engineer mentioned in the below appears to have incorrectly identified some of the vehicle components. Watch this video explanation for more information. Elecktrek has also updated its original report.

Still, it’s kind of cool to think about what would happen if Tesla did enable V2G tech.

Despite not being that keen on the idea in the past, Tesla seems to have made some of its vehicles capable of bi-directional charging, otherwise known as vehicle-to-grid charging.

During a reverse engineering vehicle tear down, an engineer that works for a Tesla competitor found that their Model 3 came equipped with a charging controller capable of both taking on electricity and dishing it back out, Electrek reports.

[Read: VW wants its EVs to become part of the power grid when charging]

“The design is fully bidirectional. This means power can be converted from AC to DC the same way as the previous example, but also power can flow in reverse direction, coming from the battery and ending up on the AC side. This is known as DC to AC inverter, and when this technology is present in a vehicle, it is known as V2G (Vehicle to Grid),” the engineer told Electrek.

The engineer says that the vehicle-to-grid circuitry is replicated three times on the same circuit board. This isn’t simply in the name of excess, but it’s designed to offer redundancy. Should one of the circuits fail, there are two others to step in and take over charging duties.

That’s not to say these systems are expected to fail. But not being able to charge your EV because of a broken circuit makes the whole car useless until it can be repaired, so it’s a necessary feature to have. The engineer says Tesla could enable the feature with a simple over-the-air update.

What isn’t clear though, is if this is a one-off, exclusive to the Model 3, or is already a hardware feature in other Tesla vehicles.

By putting the AC/DC inverter inside the vehicle Tesla owners could continue to use their current wall charger, he added.

There’s been a fair bit of talk about the potential of vehicle-to-grid systems, and how they could help provide energy security, and smooth out the supply of electricity to national grids.

The theory is simple: EVs charge when demand on the grid is low and electricity is cheap, and then offer that energy up either locally or back into the grid when the need arises.

Tesla already has its Powerwall technology, which is effectively a bunch of its EV battery cells but packaged up to provide energy storage for home use. It can charge from the grid and other sources, and then owners can use that electricity to power their own homes rather than rely on conventional sources.

There is a downside though. Using an EV as an off-grid store of energy and constantly charging and discharging the battery will shorten its life. By how much depends on how it’s used.

Elon Musk has so far been against the idea for this reason, and because energy grids don’t really require the support from storage systems yet. However, as batteries continue to become more robust and with its “million-mile” battery on the horizon, all things suggest Tesla will introduce a vehicle-to-grid system when the time is right.

It certainly seems to be shaping up for it, what with the new Model 3 charger and the fact that last month Tesla applied for a license in the UK to become an energy supplier.

Earlier this year, one of the world’s largest automakers Volkswagen made it clear that it also has ambitions for all of its future EVs to become part of energy grids when they’re charging.