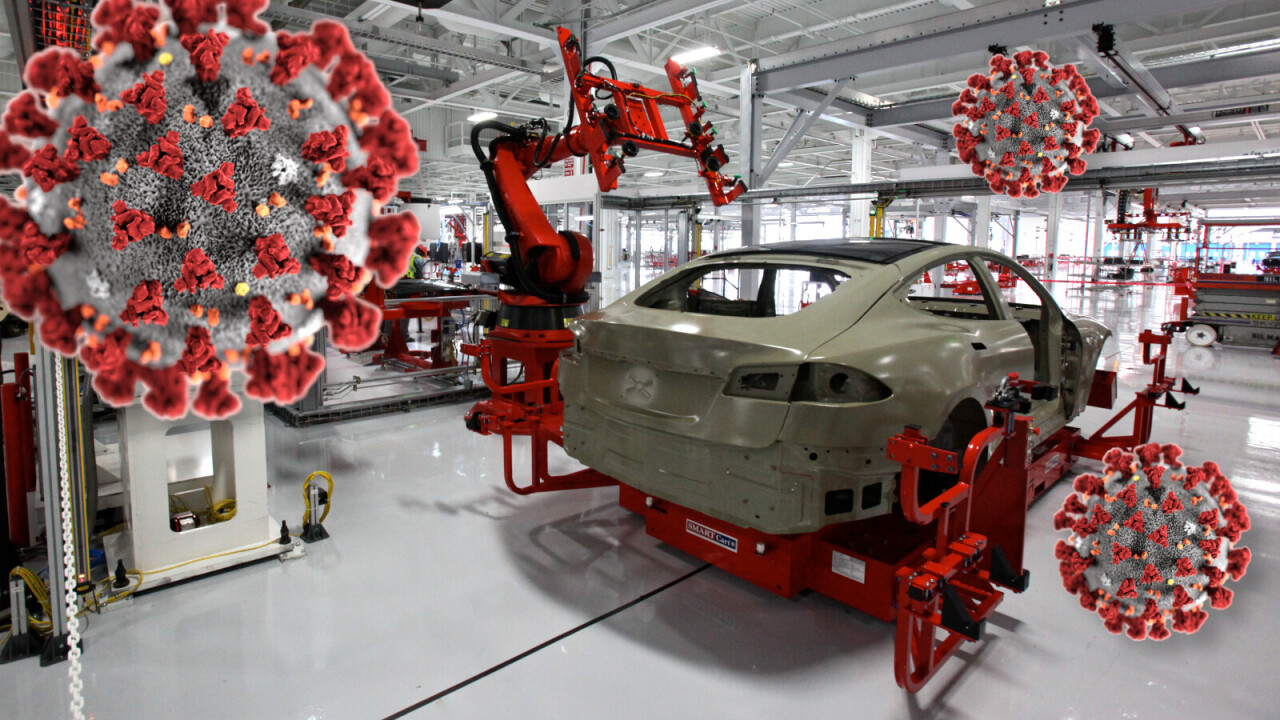 Despite going through a “will it, won’t it” phase a few weeks ago, Tesla closed its Fremont factory in response to the coronavirus outbreak. Now, the company is cutting wages, and putting staff on temporary leave until it decides to reopen.

In an email sent to employees — seen by Electrek — Tesla‘s head of HR said that all salaried employees that are able to work from home or are considered to have a critical role, are taking temporary pay cuts from between 10% and 30%.

Everyone else (read those that are not considered critical to Tesla‘s business or cannot work from home) will be furloughed for the time being.

Tesla also said in the email that it expects to resume production as normal early next month — on May 4th to be exact.

“While we are continuing to keep only minimum critical operations running, we expect to resume normal production at our US facilities on May 4, barring any significant changes,” Tesla‘s head of HR, Valerie Capers Workman said.

A rocky road for automakers

Back in March, Tesla was forced into shutting down its Fremont factory after a local shelter-in-place order was implemented. But it only did so after resisting the directive for a few days, kicking up a fuss claiming that it was an essential business and should remain open.

Musk has often downplayed the potential danger of the coronavirus, but has also been quick to try to help healthcare institutions by making medical and personal protection equipment. Earlier this week, Tesla engineers released a video demonstrating the ventilator they made out of Model 3 car parts.

As it stands, Tesla bosses are probably thinking under a best-case scenario to reopen on May 4 as that’s the date the current shelter-in-place order is set to end. However, there’s no guarantee the order won’t be extended if the situation doesn’t improve.

Tesla isn’t the only EV car maker to have suffered from the pandemic. Cybertruck competitor and Amazon-backed electric SUV startup Rivian shutdown its factories and scaled back operations to the bare essentials last month.

The company‘s R1T pickup and R1S SUV were originally pegged for delivery towards the end of 2020, but it’s now looking like Rivian won’t deliver its debut vehicles until next year.