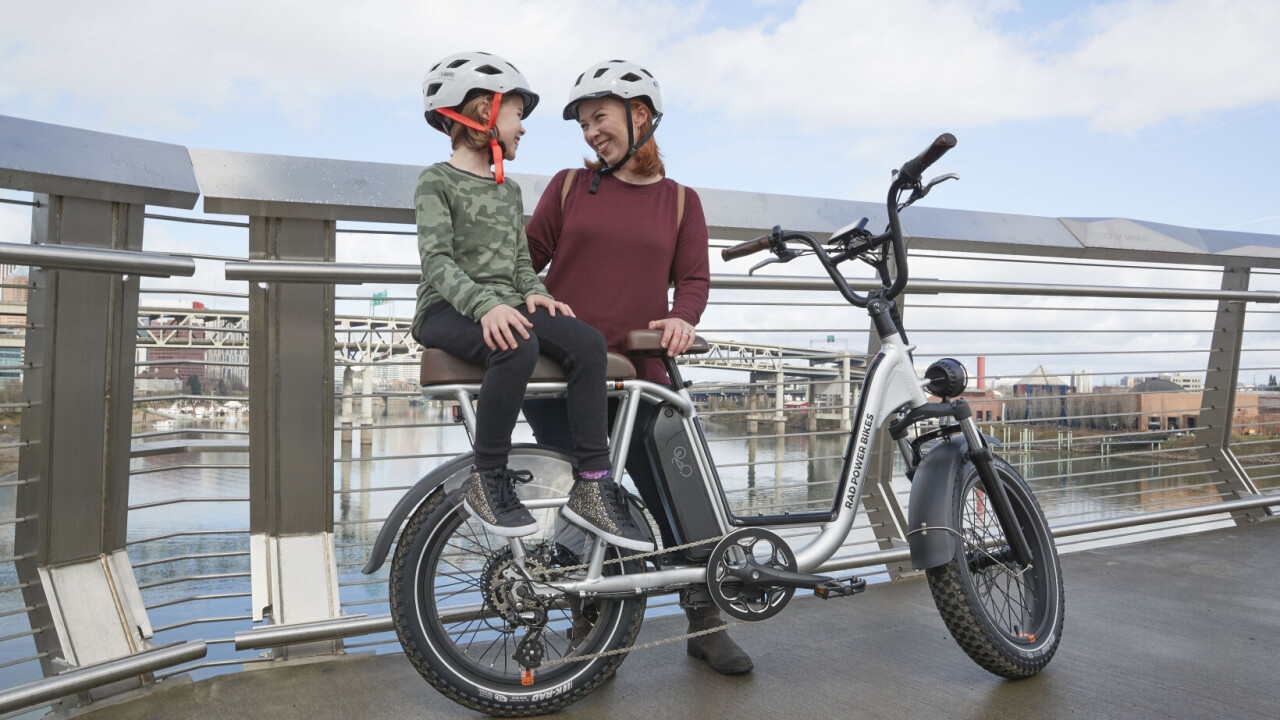 Rad Power Bikes’ RadRunner is my first recommendation to anyone looking for their first ebike. When I reviewed it in August, I thought its combination of retro looks, single-speed simplicity, cargo capability, useful accessories, and passenger-friendly, compact design made it one of the most versatile ebikes you could buy. That was made even better by its affordable (for an ebike) $1,299 price tag.

Today, Rad Power Bikes announced the $1,699 RadRunner Plus, and it fixes almost all of my (few) complaints about the original.

My favorite change is that the bike now comes with front suspension, which will make for a cushier ride in rough city streets, although I already found the chunky 20 x 3.3-inch wheels provided quite a bit of cushioning on their own. And the bike now comes with a full LCD display standard; the original just uses simple LED lights for battery and pedal-assist values, but you weren’t able to see your speed or miles traveled. Also included standard now are the passenger pack – which adds a cushy seat and footpegs to the back of the bike – and fenders. These were previously $99 upgrades each.

But one of the biggest changes is the switch to a 7-speed drivetrain. This one I can personally take or leave; I appreciated the simplicity of the single-speed design on the original, but the extra gears should make for better efficiency during climbs and higher pedal-assisted top speeds. In theory, it should also help you conserve some range for longer trips.

I do still have a few complaints. I’d like to see Rad Power Bikes provide a torque sensor option someday, which allows for more natural-feeling pedaling than the stop-and-go cadence sensor its bikes currently use. I also wish the large gap under the rear rack was better utilized; the company might’ve even been able to install a second battery mount for those of us who really appreciate every bit of extra range.

But for $1,700 ($2,299 CAD/€1,599 EUR) you’d be hard-pressed to find a more practical, full-featured e-bike, and as before, the bike is compatible with a wealth of accessories including a sturdy front basket and a storage console that fills in the step-through frame. The RadRunner Plus is available from radpowerbikes.com starting today, and the company notes it is a “very limited” release. You can read my review of the original, which is still available at its $1,299 starting price, here.

RadRunner Plus on Rad Power Bikes