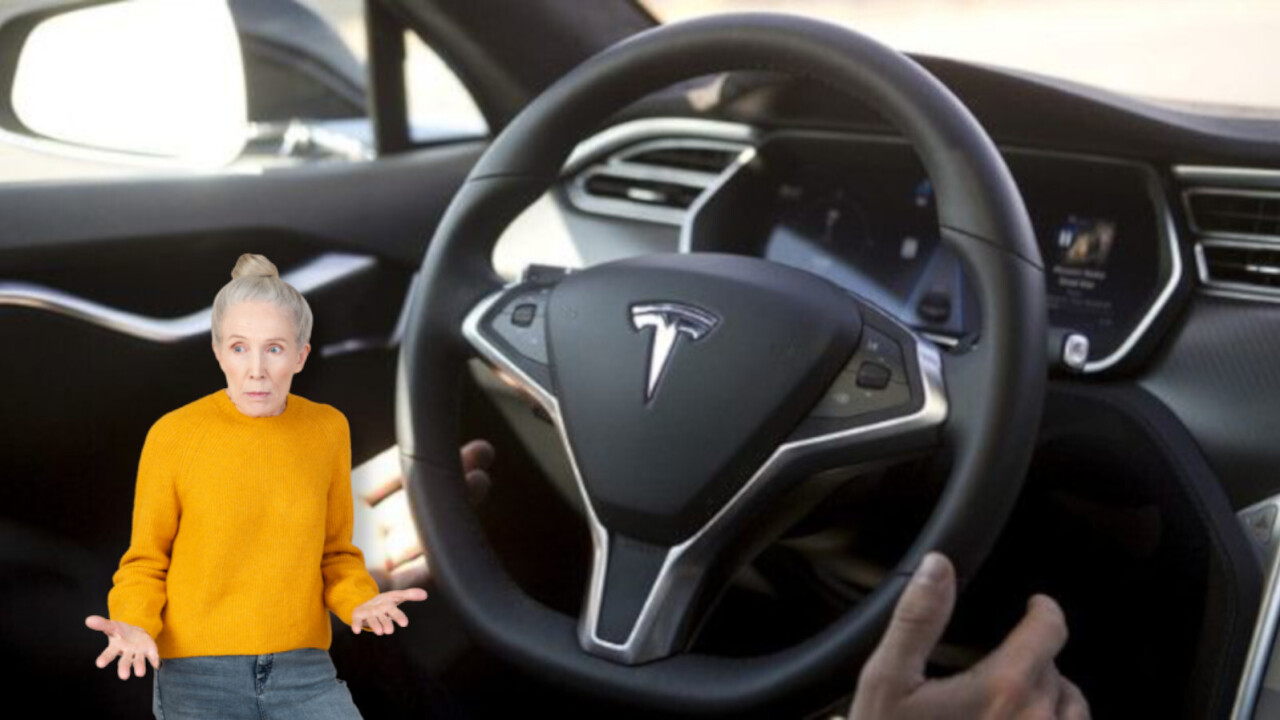 Tesla’s unsolicited removal of additional vehicle features appears to have been resolved, but it’s highlighted a much bigger issue with buying second-hand Teslas from third-party dealers.

Last week, a report from Jalopnik revealed that Tesla surreptitiously removed the Enhanced Autopilot (EAP) and Full Self-Driving (FSD) features from a Model S that was sold second-hand, through a third-party dealer.

On one hand, it looks like a quick attempt to make more money by selling upgrades multiple times on the same vehicle. On the other, it looks like another classic poorly handled Tesla mess-up.

The whole debacle has highlighted a confusing situation for second-hand owners of the EVs.

There’s a lot to unpack here, so strap in.

The Tesla Model S in question was originally owned by an unnamed individual. However, during the car’s life it developed a known problem with its main control screen where it turns a shade of yellow. Under local California law (Lemon Law) Tesla bought the car back off its original owner.

As is common in the used car world, Tesla then went on to sell this vehicle at auction on November 15, 2019. A third-party (non-Tesla) dealership called United Traders bought the car, which at the time was equipped with Autopilot and Full Self-Driving, some $8,000 worth of options. Options which no doubt pushed the bids at auction up higher than they would have been otherwise.

An individual, going by the name of Alec, bought the car from United Traders about a month later on December 20, 2019.

However, just a few days after the auction, on November 18, Tesla conducted an unsolicited, remote “audit” of the vehicle and removed the Enhanced Autopilot and Full Self-Driving options. United Traders wasn’t made aware of this, and continued to market the car as having those options.

At the time of the auction, Tesla made United Traders aware of maintenance work that needed to be done to the vehicle, according to disclosure statements seen by Jalopnik. The documents didn’t mention anything about Autopilot or FSD.

According to a statement from United Traders, after driving the car, it was aware that the features had been removed but had already agreed to sell the car to Alec. Both Alec and the dealership assumed it to be a bug, one that would require a simple fix to reinstate the features.

In early January 2020, Alec took the car to a Tesla service center to get the previously mentioned maintenance work done. It was here that he was presented with an invoice detailing the work and the fact that Enhanced Autopilot and FSD was removed as part of a software update back on December 18, 2019. The reason: “It was found that the customer did not purchase the software.”

Only United Traders did, as did Alec; the car was bought under the premise it had the specification it was presented with at auction.

Though Tesla, being the good guy it is (sense the sarcasm), did offer to sell the feature back to Alec.

On further questioning, Tesla customer support said that it’s been identifying a number of customers that have Autopilot having not actually paid for it.

It seems because Alec didn’t have an invoice record of specifically paying for EAP and FSD himself, Tesla decided he shouldn’t have it. So they removed it. But Alec didn’t actually own the vehicle at the time the audit was conducted, so this reasoning doesn’t entirely check out.

Not a unique case

According to Teslamotorsclub forum users, there have been numerous incidents (examples here, here, and here) where drivers were accidentally given, or somehow came to acquire, Autopilot despite not paying for it.

Over the past couple of years, Tesla has been clamping down on this, which I think most people would agree is fine. It would be a disservice to those that actually do pay for the tech, if there are people out there getting it free because of a bug.

It seems that Alec may have been caught in the crossfire because he bought his Tesla from a third-party dealer. There was no record on Alec’s account of having ever bought EAP and FSD, so from Tesla’s point-of-view, he would appear as one of these people that got it by mistake.

Nowhere did Tesla actually say that this was the case, though.

What does Tesla have to say?

TNW spoke with a number of new and used Tesla sales departments in the UK who all confirmed that if a second-hand Tesla is specified with additional options like Autopilot and FSD, that is what the customer will receive.

One Tesla center in Northern England said the company would only ever remove a feature in the interest of customer safety, or if the car had been modified by the previous owner and was no longer running stock software.

The representative also told TNW the only thing that doesn’t transfer with a change in ownership is pre-paid access to Tesla’s Supercharging network; that stays with the original owner, not the vehicle.

It was largely the same case in the US. While US Tesla centers are far more tight-lipped than their UK counterparts when asked the same questions, they largely seemed perplexed that a second-hand Tesla would have a feature removed that it was originally sold with.

In fact, everyone I spoke to wasn’t even aware of Alec’s case. So it can’t be that common an occurrence. But it’s concerning nonetheless. It also points to a potentially massive headache for future Tesla owners, particularly those that buy used vehicles.

It makes sense that a used Tesla, bought from the manufacturer would be sold with options like AP and FSD and would keep those features, as Tesla will have a record that those options were paid for by the vehicle’s owner as part of the deal.

Unfortunately, both UK and US reps were unable to comment on what would happen in the third-party used Tesla market, which is where the main issue lies.

When a second-hand Tesla is sold third-party or privately, the manufacturer might not have documentation relating to what was sold to the customer. The new owner may get confused for someone shouldn’t have Autopilot and FSD enabled on their vehicle. What happened to Alec indeed, may not have been intentional.

According to the thread Alec started on the Teslamotorsclub forum, his Enhanced Autopilot and Full Self-Driving options have been reinstated. But only after substantial fuss and exposure from the media, which is nothing new for Tesla.

Earlier this year, scholar and author Nassim Nicolas Taleb accidentally purchased Autopilot through the Tesla app, using his posterior. After contacting Tesla, he was told that they couldn’t roll back the update, and he wouldn’t be able to get the $4,000 refund he felt he was owed.

Evidently, this isn’t entirely true. Alec’s case proves that Tesla can remove features from its vehicles, but only when it pleases it seems. It also shows that Tesla is looking at its cars, and rifling through user data.

It was only after Taleb tweeted to his 450K followers about the problem that Elon Musk chimed in and said that his situation could be fixed. What about average drivers who aren’t in the public eye or have massive followings on social media?

Despite TNW and Jalopnik’s attempts, Tesla is still yet to issue an official statement on what happened.

Now that Alec has the features again, it seems it was just a massive misunderstanding. One that was subsequently handled very poorly.

Given how this has all gone down though, I would avoid buying a used Tesla from anyone but the manufacturer. It seems it is the only one that can guarantee a used car will remain equipped with its specified features.

Even though Alec’s case seems to have been resolved positively for the customer, there are still big questions left to be answered.

What happens to Enhanced Autopilot and Full Self-Driving features if someone sells their car to a private buyer who has never owned or paid for those features directly before and Tesla has no record of them?

Or, what if I’m a Tesla owner who has paid for EAP and FSD, can I have it removed from the vehicle I have now and added to my next Tesla? Will I then be able to sell my old Tesla privately without EAP and FSD.

What if I gift my EAP and FSD equipped Tesla to a family member whom Tesla is unaware of? Will it remove the features for the same reasons it removed Alec’s?

In the coming years, we’re likely to see a massive influx of Teslas (particularly Model 3s) into the used car market across the US and Europe, many of which will likely be sold privately or through third-party dealers.

The UK is set to ban petrol and diesel car sales in 2035 in the UK, the Dutch government is also handing out grants to help people buy new and used EVs: The used EV market is only going to grow.

It’s clear Tesla needs to get a grip on who actually owns EAP and FSD when the vehicle changes hands. If it doesn’t, many used Tesla owners might face the possibility of having to fight long and hard to get features reinstated to their vehicles, all because of a “misunderstanding.”

TNW has contacted Tesla to understand the company’s policy on these situations, we will update this piece if and when we hear back.