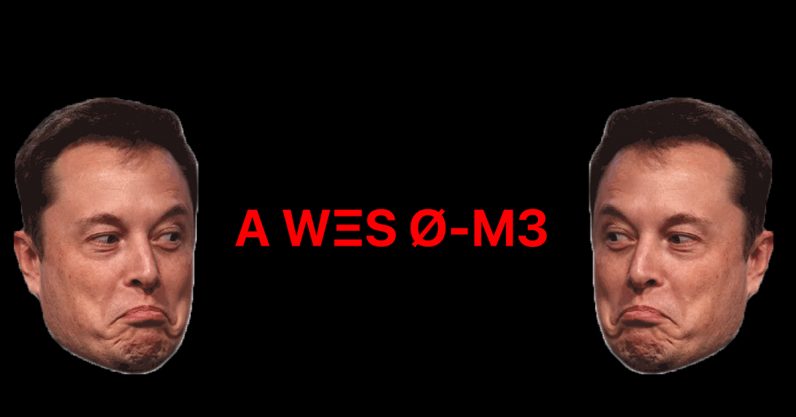 Elon Musk and Grimes broke the internet when they revealed they’ll call their newborn X Æ A-12 — a name so confusing the Tesla CEO had to go on the Joe Rogan podcast to explain it (even after Grimes already did that on Twitter). Honestly, it still doesn’t make sense to me.

Well, developer Richard Reis felt there’s a shortage of incomprehensible names, so he built the Elon Musk name generator — a tool that dreams up what your name would’ve been if the billionaire was your dadda.

In all fairness, soon-to-be-arrested Musk told Joe Rogan his only contribution to this glorious name was “A-12,” the predecessor to his favorite aircraft, the SR-71 Blackbird. The rest was all his partner Grimes’ idea. Anyways, all I’m saying is Grimes deserves some of the blame, too.

Back to the generator: Simply put in your name, and the tool will instantly convert it to its Muskian-Grimesian form.

For instance, Jack becomes J λ C-K, Melinda morphs to M ΞLι N-D4, and Anatoliy turns into A πλTΦ L-1Y. You get the idea.

This is all fun and games, but let’s see what happens when we put the generator through the ultimate test, the name of all names: X Æ A-12.

Disappointing, even the generator chokes here.

Slightly less so, but still disappointing. Okay, maybe I’m just being intentionally hyperbolic (yes, I am).

Anyways, you can go check out what your interdimensional name would’ve been by clicking here. Don’t bother @ at me to let me know unless it’s got at least three special characters, though. This is definitely a competition.