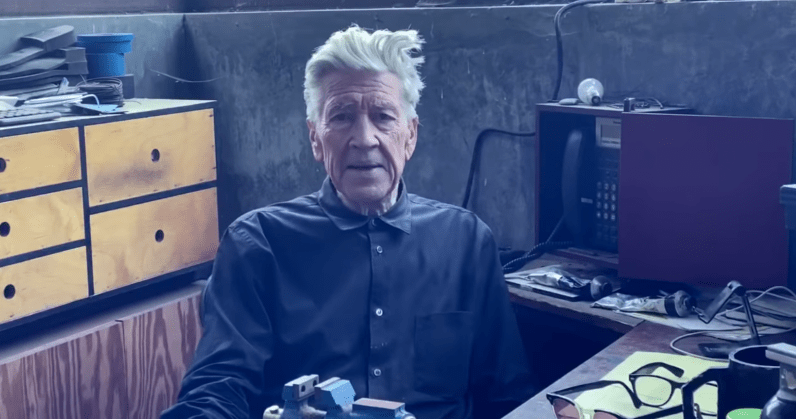 We live in strange times — and things are about to get even stranger.

“Good morning! It’s May 11, 2020, and it’s a Monday,” says American surrealist David Lynch in a new video posted on YouTube, his hair as majestic as ever. “Here in LA it’s kinda cloudy, some fog this morning.”

The filmmaker is bringing his wonderfully uncanny weather forecasts back, it seems. “It’s 64 degrees Fahrenheit, around 17 Celsius,” he adds. “This all should burn off pretty soon, and we’ll have sunshine and 70 degrees. Have a great day,” he continues, followed by a slightly uncomfortable pause.

To those wondering who Lynch is, he’s the creative force behind Mulholland Drive, Blue Velvet, Lost Highway, and Twin Peaks — you know, those movies you’re probably still trying to figure out. Treading the banal and the awfully mundane is a concept central to the works of Lynch.

“What Lynchian means is something about the unbelievably grotesque existing in this weird confluence of very dark, surreal, violent stuff and absolute, almost Norman Rockwell banal American stuff,” novelist David Foster Wallace once said about Lynch‘s body of work. “It’s a terrain he’s been working for quite a while — at least since Blue Velvet.”

If the setting seems familiar, don’t worry: it’s not a dream. Indeed, it’s the same place where Lynch recorded his bizarre weather reports over 10 years ago.

There’s no telling if this forecast is a one-off, or Lynch intends to turn it into a regular thing. Whatever the reason for bringing back the weather report, Lynch is a welcome addition to the YouTube community, where his work has already inspired hundreds of hours worth of theories on what his movies mean.

Personally, I’d love to see his take on the “Lynch movie explanations” genre — I mean, he sort of did that with his “10 Clues to Unlocking This Thriller” sealed inside the original Mulholland Drive DVD.

Read next: This robotic basketball hoop makes any klutz shoot like Michael Jordan