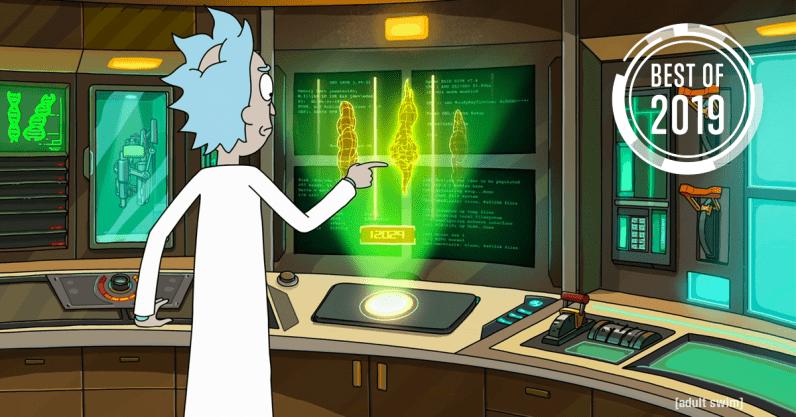 Wubba lubba dub duuuub! Rick and Morty‘s back for its fourth season, peeps — and we finally known where Rick stands on the AMD vs Intel debate. Spoiler: he’s more of an AMD guy.

In the latest episode (“The Old Man and the Seat”), we get a glimpse at Rick’s computer system (one of his many, we assume) as he performs a procedure he describes as “reverse digestion extrapolation” — a less scientific term to label it would be shit analysis.

In the process, Rick boots up his system, which gives us a peek at his configuration. 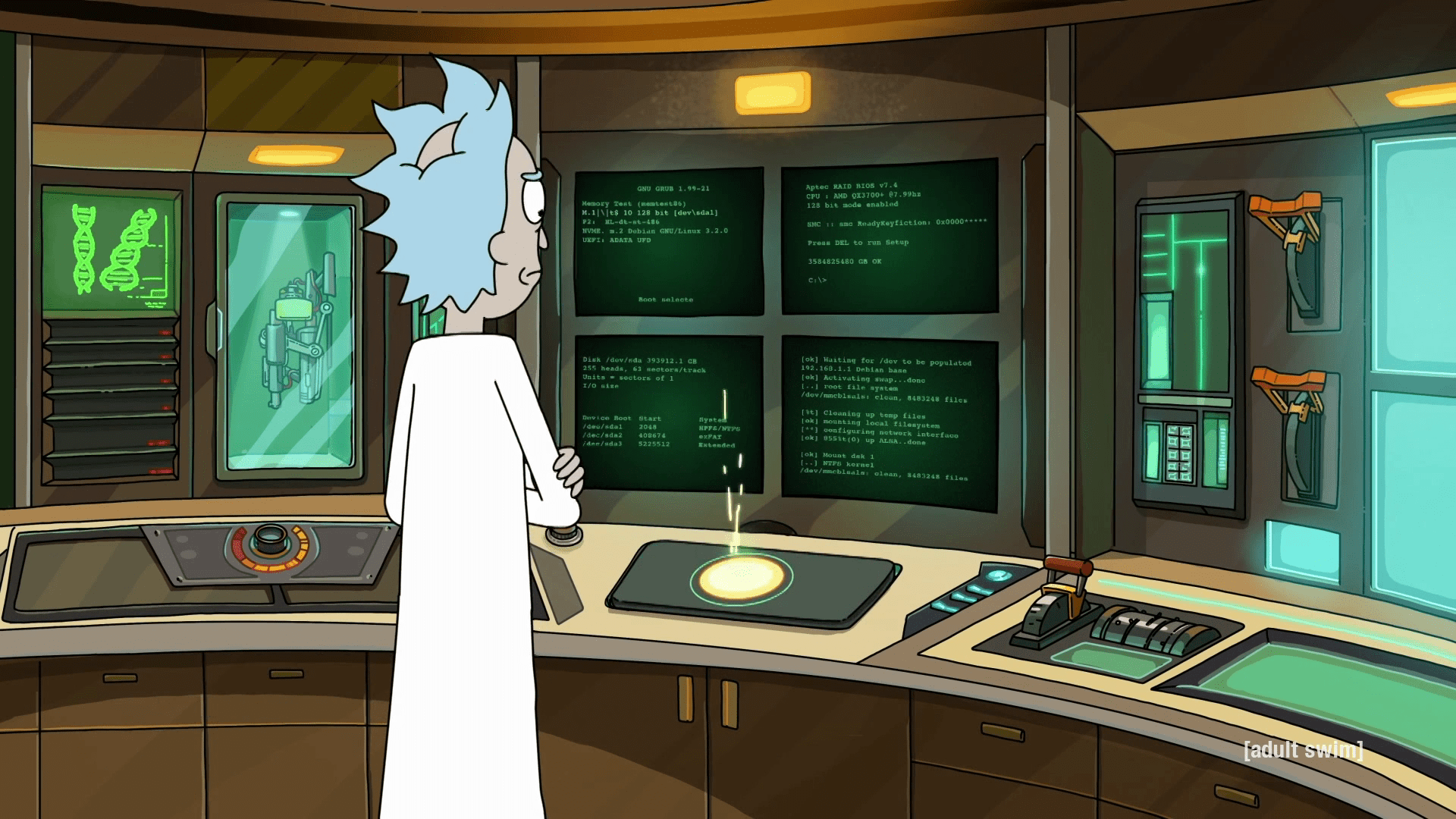 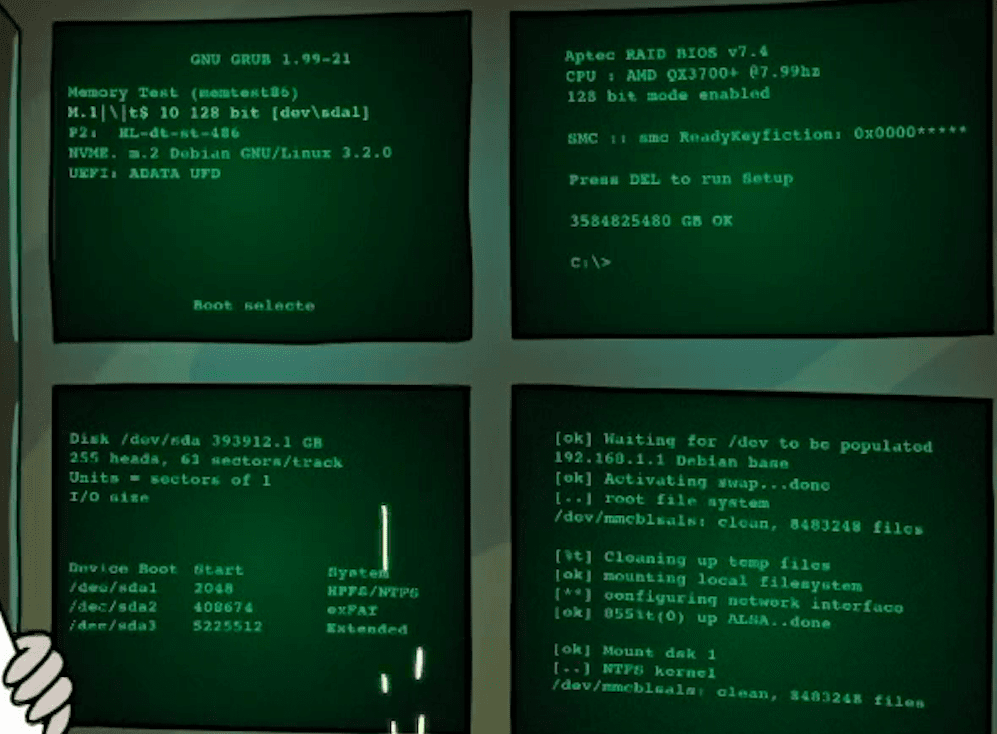 Okay, so here are the things we know:

That all sounds good, but it doesn’t quite make sense, as Redditors have noted.

For one, it appears Rick is running a version of Debian with a very old Linux kernel (3.2.0) — one dating back to 2012. He badly needs to install some frickin’ updates. “Also his partitions are real weird. It’s all Microsoft based partitions,” a Redditor says. “A Linux user would never do [this] unless they were insane since NTFS/Exfat drivers on Linux are not great.”

You’d think a man whose car is powered by a microverse would know better.

Another interesting detail is the 128-bit technology. Now, 128-bit processors are indeed a thing, but there are no consumer-grade alternatives on the market. Of course, we’re talking about the smartest man in the universe here, so it’s not unlikely Rick got his hands on some ultra-confidential tech.

Whatever the case is, that baby runs smooth — it barely took any time to complete the shit analysis. Impressive.

Creators Justin Roiland and Dan Harmon have practically made pop culture references a staple of Rick and Morty‘s humor. In a true life-imitating-art fashion, these references often spill back into the real world — like that time McDonalds ran a limited campaign selling Rick’s beloved Szechuan sauce and all hell broke loose.

It remains to be seen if this is the case here, too. In other words, do Roiland and Harmon know something about AMD‘s progress on quantum computing that we don’t? It’s tough to tell. We’ve reached out to AMD and will update this piece accordingly if we hear back.