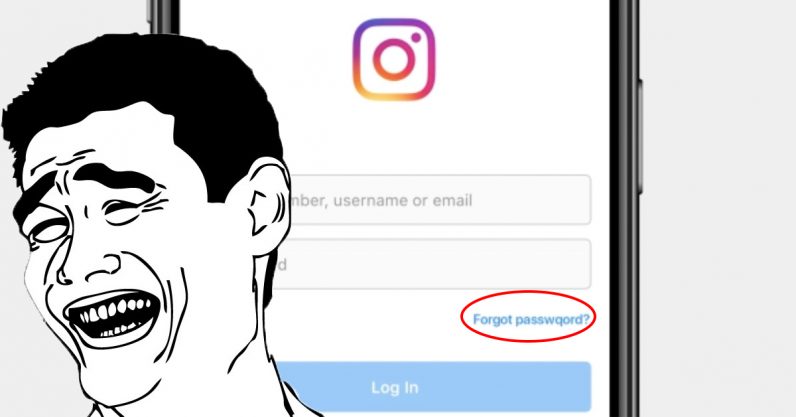 You’ve probably heard the news by now: Facebook‘s got a new logo. It’s pretty bland and boring, but hey, at least it fits the dynamics of its platform. Anyways, the Zuckerberg empire made one silly mistake in the announcement of its new look: it spelled “password” wrong in the Instagram renders it showed off. Twice.

Instead, the images awkwardly read “passwqord.” Somehow, this little blunder slipped past an entire team of designers, brand creatives, and communications reps. Incredible. (In all fairness, it seems we also missed it when we reported on the new logo yesterday.)

Anyways, take a look at the work of hundreds of professionals:

Of course, one can’t help but cut Facebook some slack for its absentmindedness.

The company’s got bigger fish to fry — like US representative Alexandria Ocasio-Cortez grinding its flustered leader over its political advertisement practices, and losing thousands of content moderators because they couldn’t handle the terrible working conditions. You know, regular Facebook stuff.

So in the big scheme of things, misspelling “password” is hardly a concern.

Anyways, now that the slip-up is finally starting to gather momentum on Twitter, chances are Facebook will soon update the renders.

No worries, though, the internet never forgets.

Read next: Study: Darwin may have gotten the origin of life wrong