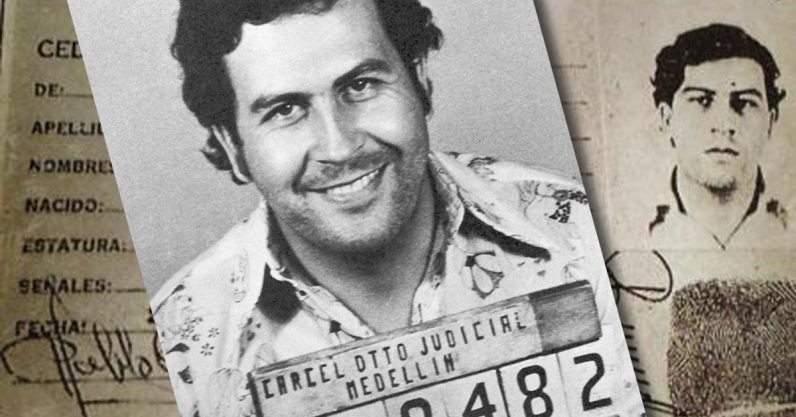 If there’s one person whose intellectual property you don’t wanna fuck with (other than Nintendo ya know) — it’s Roberto De Jesus Escobar Gaviria, the brother of the now-late drug overlord Pablo Escobar. Escobar Inc, the self-proclaimed rightful owner of the Pablo Escobar trademark, has won a $3 million legal dispute, obtaining ownership of the PabloEscobar.com domain, TNW has learned.

The domain is currently inactive, but that won’t be for long. The company plans to kick off a website by 2020, where it will sell Pablo Escobar products and merchandise, including the notorious proprietary flamethrower, the idea for which Elon Musk allegedly stole from Escobar Inc.

“Yes [the flamethrower] will be [available], at $249 per piece,” Escobar Inc COO Daniel Reitberg confirmed in an email to TNW. “Elon Musk will go down soon, we are preparing some huge cases against him. He will regret not paying us, just like everyone else has regretted it.”

That’s not all, though. The website will also offer “groundbreaking technology,” according to CEO Olof Gustaffson. “We are in the process now of starting a $50 million technology company which will beat Apple Inc, easily,” the young CEO told TNW. “More to follow!”

I, for one, can’t wait to cop me some groundbreaking Pablo Escobar technology, once available.

As far as the domain war and other potential copyright infringement debates go, Escobar Inc remains ever-vigilant to those seeking to illegally profit off of its trademark.

Escobar Gaviria seconded Gustaffson’s words. “I am happy,” he said, speaking of the outcome of the domain battle. “Escobar Inc is the only true owner of anything relating to Pablo Escobar. Infringers need to stop.”

“We will fight anyone that is in our way,” he added, firmly.

This is hardly the first time the powerful Escobar Inc empire has delved into tech entrepreneurship.

In the past, the company launched its own cryptocurrency dubbed Diet Bitcoin. The currency — a fork of the original Bitcoin network — was available to purchase at batches of $2, $50, $100, and $1,000.

“Everyone should listen to these news, go to www.dietbitcoinICO.org and buy as many dietbitcoin’s as you can afford,” said Reitberg at the time. “The value will be very high as we are identical in numbers to Bitcoin, except we are 4,000 times cheaper right now.”

Curiously, Escobar Inc coupled the launch of the cryptocurrency with a book of the same name, Pablo Escobar’s Diet Bitcoin. In it, Escobar’s brother dropped bombshell revelations, claiming that Bitcoin was created by the American government, and not the mysterious Satoshi Nakamoto.

“The world is going to see that this was created by them,” Roberto Escobar wrote. “And when they see it, it is too late, and when CIA founds out that the world knows about this, the CIA is going to sell all of their coins, and they will destroy the value of Bitcoin.”

“You can stick with your worthless coins,” he added. “Keep the Ethereum, keep the TRON, keep the Ripple, keep the Bitcoin. You will see what happens. They will all go to zero, almost zero. But not my coin. Because my coin, this is going to be my new work in life.”