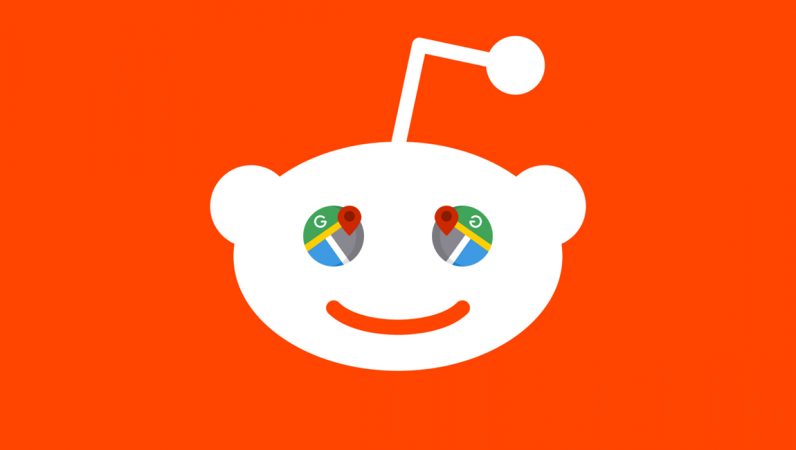 What do a couple of kids pointing guns at an adult, a man about to fall off stairs, a group of people wearing pigeon masks, and a taxi driver pissing himself have in common? These are the type of unusual moments curated by a small Reddit community known as Google Maps Shenanigans.

The subreddit, which recently passed the 50,000 subscriber mark, has been documenting some of the most bizarre captures on Street View for nearly two years.

“I was reading through the comments of a post where people were wishing for a subreddit about funny things found with Google Maps, and the name r/googlemapsshenanigans was thrown out by someone,” the community’s founder slash23579 told TNW. “I loved the idea so I decided to create the subreddit.”

“We often get people that have found oddities on satellite imagery that aren’t simply glitches and are sometimes genuinely interesting or questionable things, and people often speculate about what they could be,” AeroGlass continued. “We haven’t found anything too crazy yet, but it always creates notable discussion.”

“My all time favorite [Google Maps Shenigans entry] was a Street View GIF of a guy falling off his horse,” slash23579 told me. “I don’t have the link for it but I think it’s one if the top posts still. That cracked me up when I first saw it and it still does.”

I found it, and it cracked me up too.

AeroGlass, on the other hand, had a couple of standout examples, including this one, that one, and these non-sensical streets in Nova Scotia:

These streets in Nova Scotia from googlemapsshenanigans

Everything began with a GIF of two random guys clownishly posing for the Street View cameras, as Google’s car is passing them by.

The original shenanigan from googlemapsshenanigans

While the subreddit is popping these days, things weren’t always this way. Indeed, the community was nearly dead at one point in time – until one of its posts went viral on the popular r/funny subreddit.

“I do remember its first burst of popularity,” slash23579 said. “It was probably a few months after it was created, and it was nearly dead at that point. It ended up getting linked in r/funny, and there was a huge spike in subscribers and posts and that kind of stuff.”

Since then, though, Google Maps Shenanigans has found itself on Reddit‘s trending section on a number of occasions – including with this post showing a man frozen in time as he’s about to fall off some stairs.

“I feel this post is singlehandedly responsible for putting this subreddit in the public eye,” AeroGlass told me. “That image was submitted and made it near the top of /r/All (the community it was on was /r/funny, I think). This subreddit was linked by someone in that thread, and the next day it was one of Reddit‘s featured communities for the day.”

The story rings true to me. Funnily enough, that’s exactly how I came across Google Maps Shenanigans – and I haven’t stopped coming back to it since that day.

While initially the subreddit focused exclusively on Google Maps, it has since grown to include posts about anything that has to do with mapping software.

With that, the community has also updated its moderating policies in order to ensure consistency in the quality of the posts.

“When I first came on, I made significant changes that were designed with popularity in mind, such as making rules consistent and clearly explained, and creating community chat rooms,” AeroGlass said.

“I typically see two to four posts each day, and I’ll generally have to remove a few of those,” the moderator continued. “So, the community ultimately gets one or two quality posts per day. It’s not great, but it’s a far cry from how it was before.”

Staying true to itself

Despite these changes, however, Google Maps Shenanigans has stayed true to its roots – which, interestingly, involve a lot of middle fingers, falls, odd attire, and dismembered bodies.

found in Zambia from googlemapsshenanigans

Found this image on Google Maps last night while showing my girlfriend what Hartford, CT looks like. from googlemapsshenanigans

There are also tons of popular posts featuring animals – dogs, rabbits, and especially this seal:

In the meantime, go share the weirdest Street View moments you’ve stumbled upon on Google Maps Shenigans by clicking here. Can’t wait to upvote your submissions (if they pass AeroGlass’ criteria, of course).

Read next: Another chunk of the Bitcoin stolen from Bitfinex has mysteriously moved