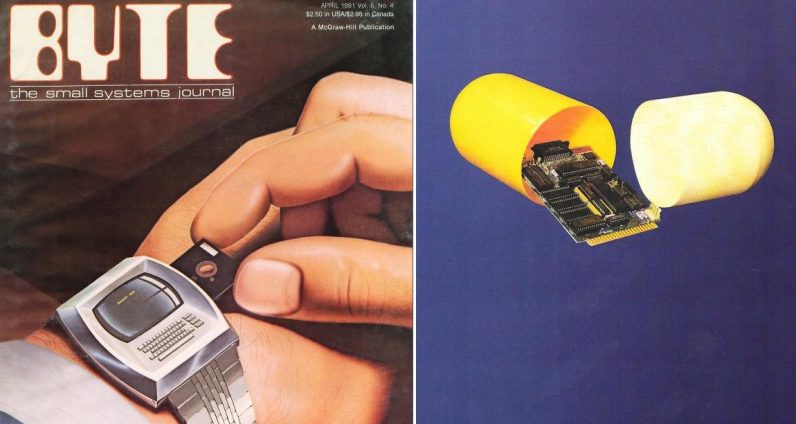 A digital artist is compiling old computer ads into a compendium that singlehandedly reminds us how far technology has come in just a few short decades.

The ads come from Byte Magazine, which ran from 1975 to 1998. It might be but a distant memory of a bygone age, but back in its day, Byte was a big deal — according to the New York Times, it was the top-rated computer magazine in the country, pulling in a profit of $9 million in 1983.

Flipping through archived copies of the magazine, you can read fairly technical, well-written articles about tech back in the day. It’s both charming and informative. But it’s the eye-catching full-page ads for gadgets and tech innovations back in the day that really draw you in.

Now artist Jenny Odell is removing the ads from the magazine entirely to offer them in a special zine titled “Byte Magazine Advertisements 1975–1994.”

The ads also sometimes show a glimpse into the future. For example, in 2014 TIME highlighted one of Byte‘s covers, a concept photo for a smartwatch run in 1981. It looks startlingly similar to modern smartwatches.

It’s the sort of old-timey goodness that usually accompanies old soda ads, or primitive commercials, or any of the ephemera you can find collected on Lileks.com. It’s a nice reality check that, not so long ago, we thought these things were what the future looked like.

Read next: Seedy marketplace Backpage.com seized by US authorities