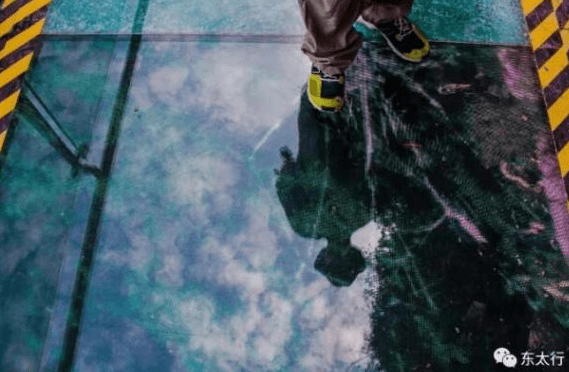 What’s one of the meanest ways to scare someone? Trick them into thinking they’re about to die.

This glass walkway that stands over 3,800 feet in the air seemed to “crack” as a tour guide walked on it. The transparent path overlooks East Taihang Mountains outside of Handan city in China’s Hebei Province — a beautiful sight, but not one where you’d want to fall off a bridge.

How was it done?

The trick was accomplished by putting a layer of broken glass beneath the walkway. Whenever someone walks on it, they’ll hear the crunch of it breaking and see cracks appear. One tour guide who fell for the trap screamed for his life.

According to Mashable, the East Taihang district administration stated, “The splintering glass was merely an ‘effect’ it worked into a portion of its bridge, in order to be ‘provocative.'”

Either way, I’m not sure how many people would actually get a laugh out of a prank like this.

Not afraid of heights? Why not try it out next time you’re around?