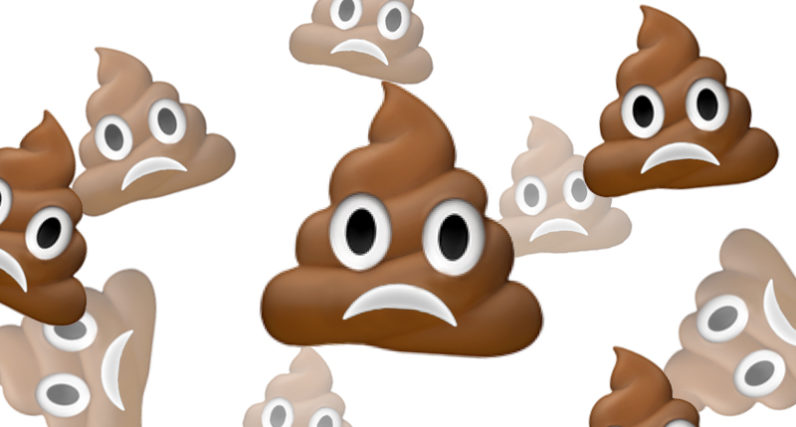 We shit you not: The Unicode Committee is seeking to update its existing emoji catalog with a frowning poo emoticon – and this crap could be on your phone as soon as next year. That’ll come in handy next time you need to express how crappy you feel when your significant other dumps your ass.

In addition to the frowning poo, Emojipedia reports the Committee has listed 66 more emoji as “draft candidates” for inclusion in the 2018 catalog. So far the list features icons like a mango, a softball and a salt shaker. There is also a kangaroo, a test tube and a fire extinguisher.

The previously proposed ginger emoji continues to appear on the list – though there have been no modifications made to it since the initial announcement.

The complete Unicode 11.0 catalog is still being worked out and chances are vendors will only know what icons will make it to the final version in early or mid-2018.

You can browse through the full proposed draft here.

Meanwhile, the final candidate list is slated to be released in the next few months during an upcoming UTC meeting in October this year.