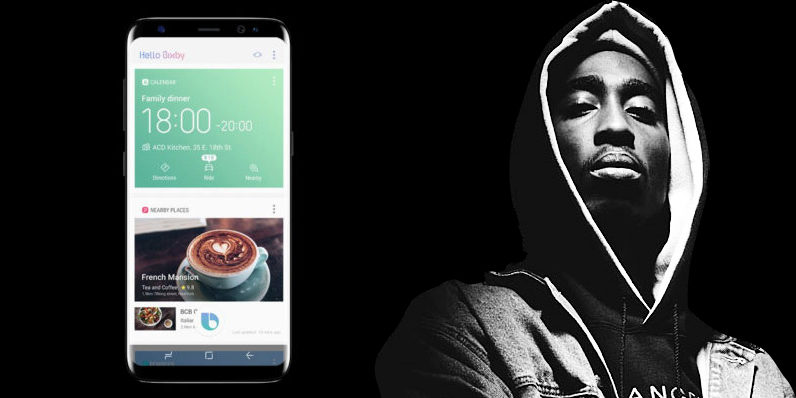 While the rest of the world will have to wait a little longer, Samsung yesterday rolled out voice functionality for its new assistant Bixby to Galaxy S8 owners in South Korea – and it turns out the little virtual helper has some mad skills to show off.

Though Bixby was mostly designed to perform simple voice commands like making calls, setting reminders and calendar appointments as well as launching apps, it turns out the assistant can also spit some fire raps for you.

South Korean residents are flocking to YouTube to upload videos showing Bixby rhyme over various beats – both old and new school – and it sounds surprisingly good, even though my Korean is practically non-existent.

Check out some of MC Bixby’s bars here:

As you can expect from any voice-enabled virtual assistant, the lyrics hardly qualify as what you’d call quality hip-hop, but it’s still entertaining to see your phone trying to rap.

And in case you were wondering what Bixby is actually saying, the first few lines go like this:

I will play for you old school rap

One, everyone together, it’s Bixby

Three, four, all together hip-hop

(followed by some barely audible mumbles)

Funnily enough, Bixby also took some shots at Apple’s own virtual assistant in the second video, saying it “is better than Siri” (시리보다 내가 낫다).

Despite stunning reviews, Samsung has yet to win over the hearts of Galaxy S8 owners with its Bixby assistant – and fun features like this could go a long way to convincing skeptical users to at least give Bixby a shot before seeking to replace it with alternatives like Google Now or Assistant.