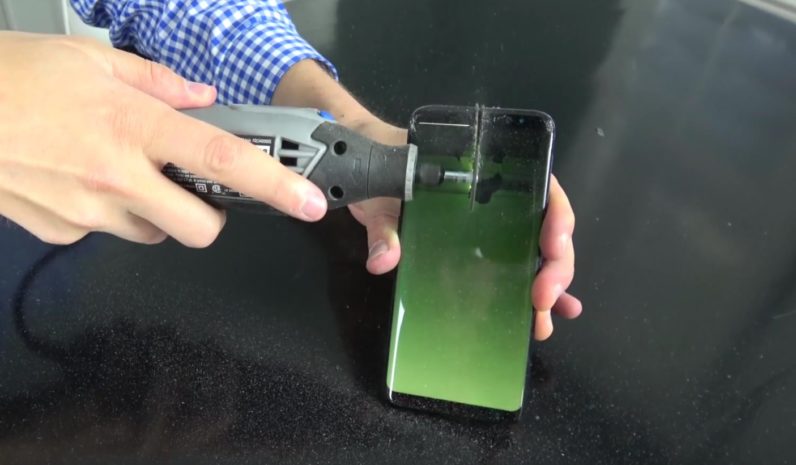 Samsung’s recent phones have sure been pretty, but the heavy use of glass doesn’t necessarily inspire much hope in terms of durability. But YouTuber JerryRigEverything (whose real name is Zack, by the way), recently took to the S8 to town with his usual set of durability tests, and the phone survived with solid results.

For those of you not familiar, the tests typically involve a scratching, bending, and even burning with a lighter, for some reason. The S8 seemed to manage as well as the LG G6, hardly even bending under the pressure applied to it.

Perhaps even better news for those concerned about the Note 7 battery fiasco: when YouTube channel ‘What’s Inside?’ cut into the phone with a saw, the battery expanded and smoked a bit, but did not burst into flames. Even after repeatedly poking at the battery directly with a knife – a sure-fire way to get a lithium battery to burn up – the phone did not catastrophically combust.

Of course, this is YouTube, so there are already plenty of other torture tests around. For you sadists out there, here’s the S8 being smashed with a hammer, a drop test against the iPhone 7, being submerged in liquid nitrogen, and being immersed in boiling hot water.

Yeah, the internet is weird. Still, I’ve yet to see the phone’s battery catch fire, so it seems like Samsung definitely did something better this time around.