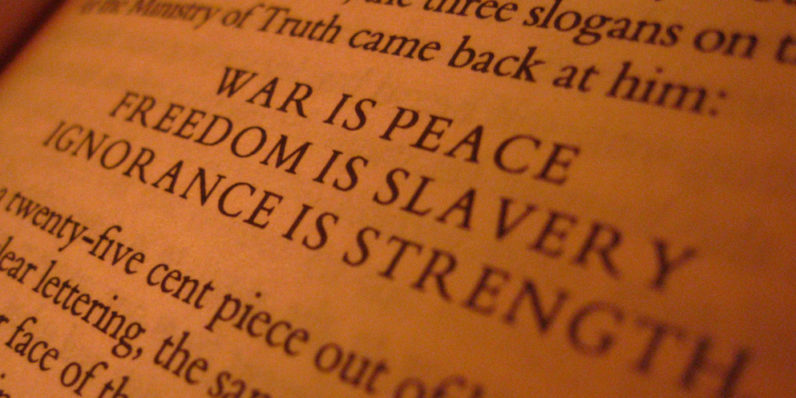 After nearly a week on the best-seller list, and a push to the number one spot yesterday — Amazon has now sold out of George Orwell’s dystopian masterpiece, ‘1984.’

If you’re wondering what caused the surge of interest in a book first published in 1949, a look at Google Trends seems to point towards the obvious cause: Trump’s inauguration. Just a day after President Trump took office, Orwellian paranoia grabbed hold and sent both hardcover and paperback versions of the book flying off Amazon’s shelves. Luckily, you can still grab the Kindle version.

The movement started the day after Trump officially took office, and while Google Trends isn’t aligned with Amazon, it seems to show a clear pattern of what people were thinking after the inauguration. The first significant movement happened on January 21, the day after Trump was sworn in. Coincidently, or perhaps not, the day featured Trump blasting the press over perceived bias when reporting that his inauguration turnout wasn’t near the “1.5 million” he reported it to be.

No matter what the reason, I’m just proud that Americans picked up a book. For further reading, I’d suggest ‘A Brave New World,’ a book by Aldous Huxley that (arguably) paints a better picture of what the future looks like.

According to Neil Postman, in the forward of his book ‘Amusing Ourselves to Death’:

Read next: Anonymous publishes what appear to be Sean Spicer's Twitter passwords [Updated]